How did immigrants from Greece and Turkey find their way to Westminster to start businesses and raise their families?  That’s the question the current generation of Greek-Americans has been researching this past year.

Our ancestral homes are spread across the Mediterranean:  from northern Turkey (Sharkey family); from the islands of Rhodes (Nickolas) and Kythira (Samios) and Skyros (Sirinakis); from the Peloponnese peninsula (Papandreu, Bourexis, and Haramplus), to the mountains of north central Greece (Amprazis, Letras, Lefteris, and Pappas).

Most of our ancestors, we have found, arrived by ship at Ellis Island in New York, then moved wherever jobs were plentiful—Manchester, New Hampshire, Philadelphia, Baltimore, Chicago.  Some had family or friends already in the U.S., while others simply took a leap of faith.

The Samios family, which had a successful business growing and shipping olives on the Greek island of Kythira, had lost a ship in a storm at sea.  To recover the loss, two grown sons (Nicholas and Francesco) agreed to go to America to earn money to rebuild the family business.  Landing in Baltimore, the brothers learned a new business—making candy.  While their work thrived, they disliked the big city, so they sought out a smaller town, settling in Westminster.  In 1902, the Samios brothers opened the Candy Kitchen at 21 East Main Street, crafting hand-made chocolates until 1938, when they converted to a restaurant, the Royal Grill.

The Sharkey family roots in America begin with Stanley Chakou, who left Turkey in the early 1900s, after refusing to join the Turkish Army.  Leaving his wife Helen and young son Louis at home, he found opportunity in Waynesboro, PA, where he ran a hat cleaning and shoe shining business.  In 1921, the family was reunited, when Helen and Louis joined him, moving to Westminster in 1922.  Their family grew, and they went into the restaurant business, starting with the Stonehouse Grill (Liberty Street), the American Restaurant (East Main), and the Center Restaurant (East Main).

My family’s first ancestor in America was Tom Amprazes from Trikala in north central Greece.  In 1904, Tom joined a flood of immigrants drawn to the booming textile industries in Manchester, New Hampshire.  My great-uncle Tom saved his money to support his widowed mother and 2 sisters in Greece.  After settling in Westminster, he brought from Greece his nephews Bill Lefteris (in 1921) and Arthur Lefteris (in 1935), and his mother, Zoe (tragically killed in an automobile accident just 6 months after arriving in 1921).

Younger brother Harry Amprazis joined Tom in New Hampshire in 1905.  Working together, the two brothers saved their money, working down the east coast until they settled in Westminster.  The brothers purchased the American Restaurant (9 East Main Street), then Tom and his nephews opened the City Restaurant (12 West Main), while Harry established the Coney Island (at 38½ West Main).  Each new venture was a risk, but the families supported one another, with spouses, nephews, cousins, and children working 7 days a week.  And they thrived.

Then, with the coming of World War II, life was changed forever.  But those stories will have to wait for a future column.

Guest columnist Antigoni Lefteris Ladd is a third generation Greek-American who grew up in Westminster. 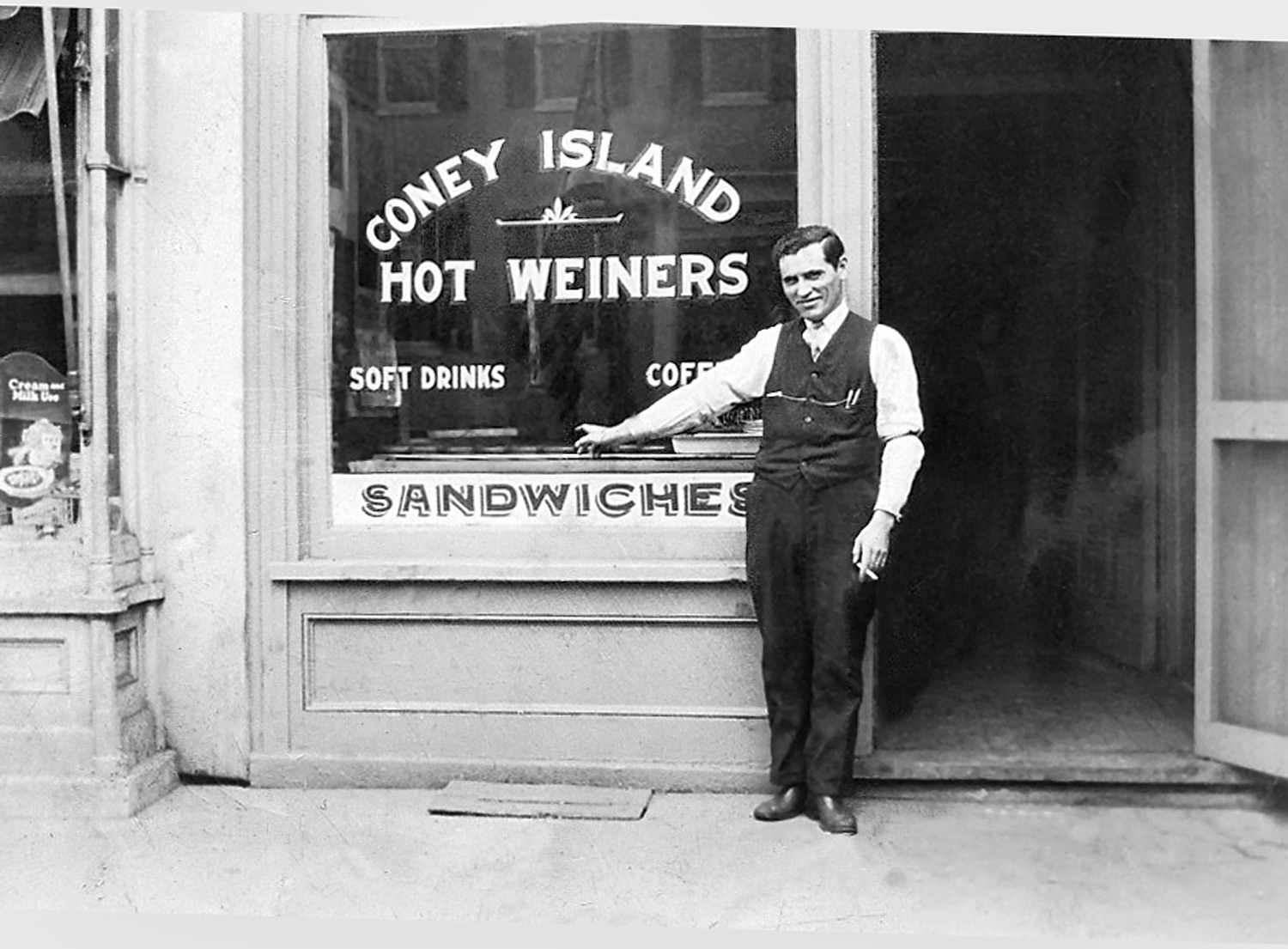