For nearly 80 years the Historical Society of Carroll County has accumulated items that reflect the County’s past. While a few were purchased because they were so important that it would have been a shame not to retain them locally, most were donated by individuals or families. Some gifts were large—a grandfather clock, a set of chairs, a coverlet produced by a Westminster weaver—but some were less conspicuous—an ancient family Bible or a file cabinet filled with research notes. The latter was a valuable donation made by the children of Dr. Basil
Long Crapster following his death in 1991. After earning a fine education and serving in the military, Dr. Crapster began teaching European history at Gettysburg College in 1949. What he loved best, however, was researching his own family and anything or anyone connected with his birthplace, Taneytown. He and his wife, Joan, spent decades uncovering that history. They visited courthouses, the Maryland Historical Society, Maryland’s Hall of Records, just about anywhere they could locate information and they meticulously recorded their findings. Ultimately, their work filled a huge file cabinet and that material is available to anyone who visits the Historical Society’s Shriver-Weybright Research Library.

The Crapster files are divided into two sections: 1) research on dozens of families that lived in a wide area around Taneytown from its earliest days and 2) topics as diverse as schools, merchants, newspapers, and the French and Indian War. Most of the material is handwritten. Deciphering Dr. Crapster’s writing can be challenging, but what researcher can resist access to material like this with the sources carefully noted. One of the families to figure prominently in the area was the Erbs. That file alone is nearly two inches thick with names, marriages, maps of land holdings, and other helpful genealogical material. But did the Crapsters ever see the unusual headstone of Peter Erb who died in 1774? Written in German, it lies broken into several large pieces in a local cemetery. At the top is a
weathered reproduction of the Erb family crest and at the base . . . a skull carved in stone! Of the thousands of gravestones recorded throughout the County, this is the only one with a death’s head, the eyes peering up at the onlooker while the nose, teeth of the upper jaw, and a leg bone are nearly buried. New England gravestones are often decorated with such images. Finding one here was quite surprising.

The Bruces were another important old family. They came from Scotland, were closely related to Francis Scott Key and other owners of vast acreage in this area, and gave their name to the village of Bruceville. While Keys, Scotts, and Bruces may have had homes in the “back country,” they were also members of the elite and influential society in early Annapolis. The Bruce file includes a fascinating article about Charles Key Bruce, son of Normand Bruce, who
left this area as a young man and ended up a newspaper owner and editor in Calcutta, India, from 1790 until 1815! Dr. Crapster’s research includes such a variety of amazing stories.

Mary Ann Ashcraft is a library volunteer at the  Historical Society of Carroll County. 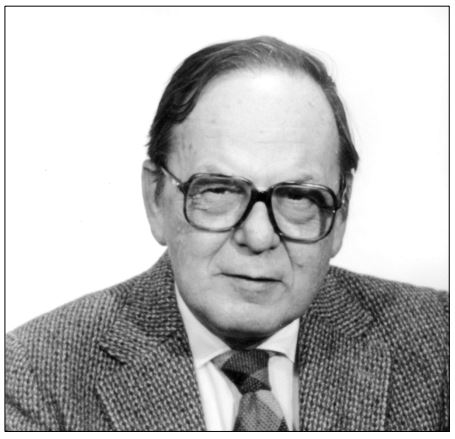 Photo caption: Dr. Basil Long Crapster (1920-1991) was born in Taneytown where his ancestors had lived for generations. The Historical Society owns his research covering the Taneytown area and its early inhabitants. 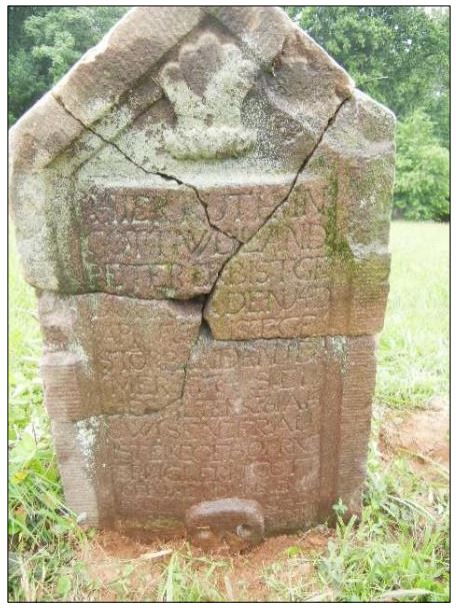 Photo caption: Peter Erb’s broken headstone has been reassembled, at least temporarily, at St. Mary’s Cemetery in Silver Run, MD. The very weathered image at the top is part of the Erb family crest, and the carved death’s head at the base needs no explanation.