Helping for the Holidays

The men, women and children residing at the Carroll County Alms House (now the Farm Museum) in 1893 were not forgotten by the community during the Christmas season.  According to an article in the December 30th Democratic Advocate, a number of festivities were planned to brighten the holiday for those less fortunate.

On the afternoon of Christmas Eve a “service of song” directed by a member of the local Methodist Seminary was held, but caroling also took place in the rooms of those unable to gather downstairs for the service.  Donated gifts were distributed to everyone including dolls for the children and delicacies for the sick and infirm.  Christmas Day featured a traditional turkey dinner with its accompaniments served by the steward and his wife. Mary B. Shellman, a consistent advocate for the needy of the area, wrote and read the following poem for the Alms House residents that year:

Christmas In Our Hearts

Oh, ye who are poor and lowly,

‘Though the world seems strange and cold;

I can tell you a beautiful story,

The sweetest that ever was told.

But we tell it again and again,

How Jesus the Blessed Redeemer

Came down to the earth among men.

It was night in the land of Judea,

But Bethlehem’s town was bright,

For men from all over the Nation,

Had gathered together that night.

There were prophets and princes and sages,

And men of wond’rous renown,

Back in the far away ages,

There came to the Inn two poor trav’lers,

Weary and longing for rest,

And asked for a bed and a lodging,

For the woman was sore distrest.

But the Inn keeper turned on him scorning,

With a laugh and a toss of the head,

I shelter the rich and the mighty,

I’ve no room for the lowly, he said.

Then back in the night and the darkness,

Away from the warmth and the light,

Went Mary and Joseph that night.

There was no room in the Inn for Mary.

No room the Inn keeper said,

So Jesus the great King of Glory,

Was born in a stable instead.

It was there that the wise men found Him,

The King who had been foretold,

And they came with their gifts and off’rings,

Of Frankincense, Myrrh and Gold.

And the Angels sang songs of rejoicing,

And His star o’er the stable shone bright,

For ‘twas Jesus the Saviour of Glory,

Was born in a Manger that night.

And we wish you a “Merry Christmas,”

And a glad and a “Happy New Year,”

There’s no room in our hearts for sorrow,

No room in our hearts for a tear –

Though the future seems dark and dreary

And filled with despair and dread,

Remember that Jesus the Saviour,

Had no place to lay His head.

And we who have food and shelter,

Must remember the ones who roam,

Who have naught but the sky for cover,

No place in the world for home.

We’ve no room in our hearts for sorrow,

No room in our hearts for care,

For Jesus the Saviour of Glory,

Is seeking a shelter there.

If we listen now to His pleading.

If we open and let Him in,

There’ll be no room for sorrow,

No room in our hearts for sin.

And all will be Peace and rejoicing,

As the wise men rejoiced of old;

And the gift of His love and His presence,

Is better than gifts of gold. 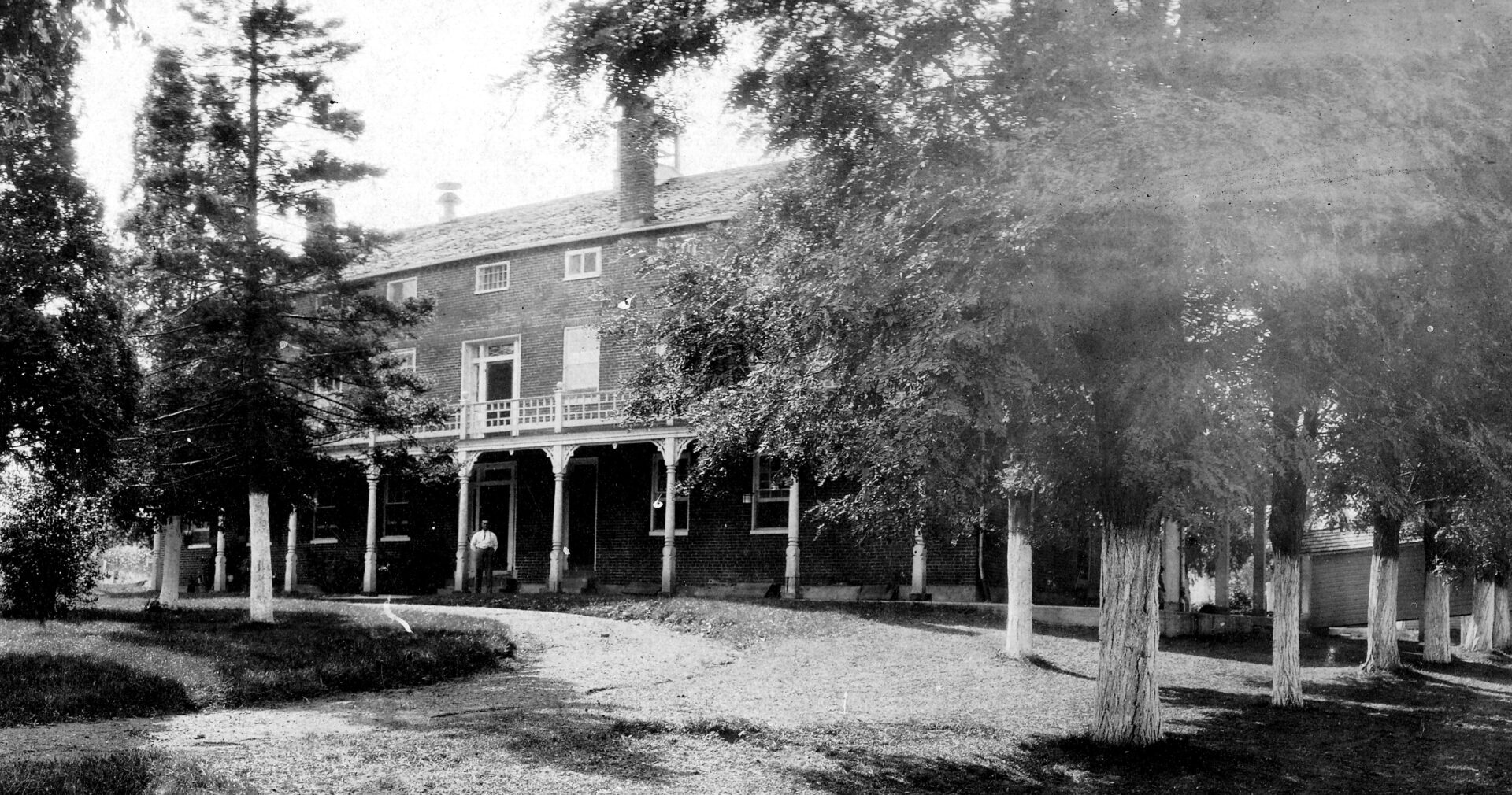 Photo caption:  The Carroll County Alms House, pictured here in the early 20th century, was erected in 1852.  A steward and his wife ran the “County Home” which provided work and shelter for the needy.