Well into the 19th century, the tradition was to write lengthy holiday letters and deliver them to friends. Since there were no copiers or home printers, each letter had to be handwritten – a very time-consuming task. In 1843, Sir Henry Cole, an English government official, commissioned John Calcott Horsley to design and print the first-ever

As the holidays draw near, it’s normal to reach out to family and friends. Today, many people text, email, or Zoom. But, some still use a more traditional method – Christmas cards.

Well into the 19th century, the tradition was to write lengthy holiday letters and deliver them to friends. Since there were no copiers or home printers, each letter had to be handwritten – a very time-consuming task. In 1843, Sir Henry Cole, an English government official, commissioned John Calcott Horsley to design and print the first-ever Christmas card. This not only saved Cole from the task of writing all those letters but also encouraged more people to use the postal service.

Some Christmas cards were imported into the U.S. starting in the 1850s but they were very expensive. In 1873, Louis Prang started producing holiday cards out of his factory in Roxbury, MA. They were less expensive than imported cards and featured beautiful chromolithographed designs. The cards caught on and by the 1880s Prang was producing over five million cards a year. Unfortunately, the popularity of his cards led his competitors to produce cheap imitations that eventually drove him out of business.

The development of the postcard spelled the end for elaborate Victorian-style cards. Postcards were colorful, inexpensive, and only had room for a quick note rather than a long letter. In 1898, the cost for mailing a postcard was lowered to one cent. In addition, the expansion of Rural Free Delivery system allowed mail to be delivered to more American households than ever before. Nearly a billion postcards were mailed per year in United States from 1905 to 1915.

By 1912, a new technique called “offset” printing was becoming widespread. Instead of the heavy metal plates previously used, the process used rubber rollers on the presses to develop sharper, more color-saturated designs. In 1912, the Hall brothers – Joyce, William, and Rollie – switched from making postcards to producing greeting cards with envelopes. Eventually, the company name changed to Hallmark.

Happy Holidays to all from the Board and staff of the Historical Society of Carroll County. 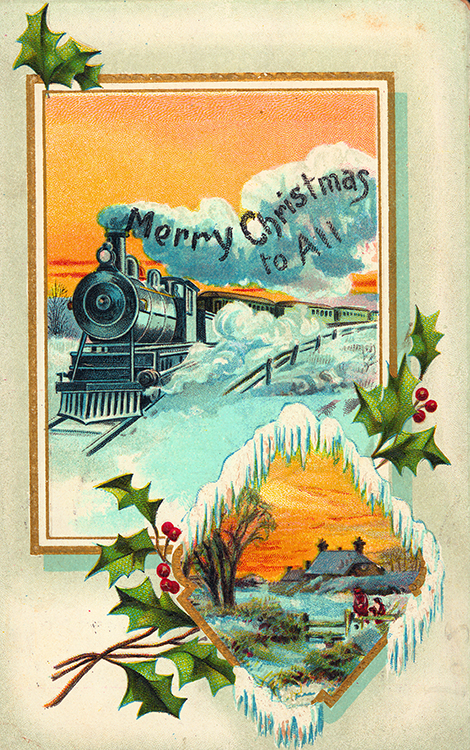 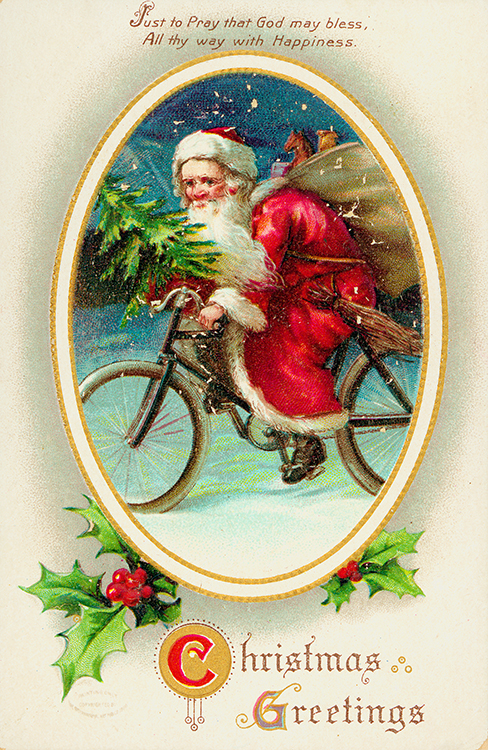 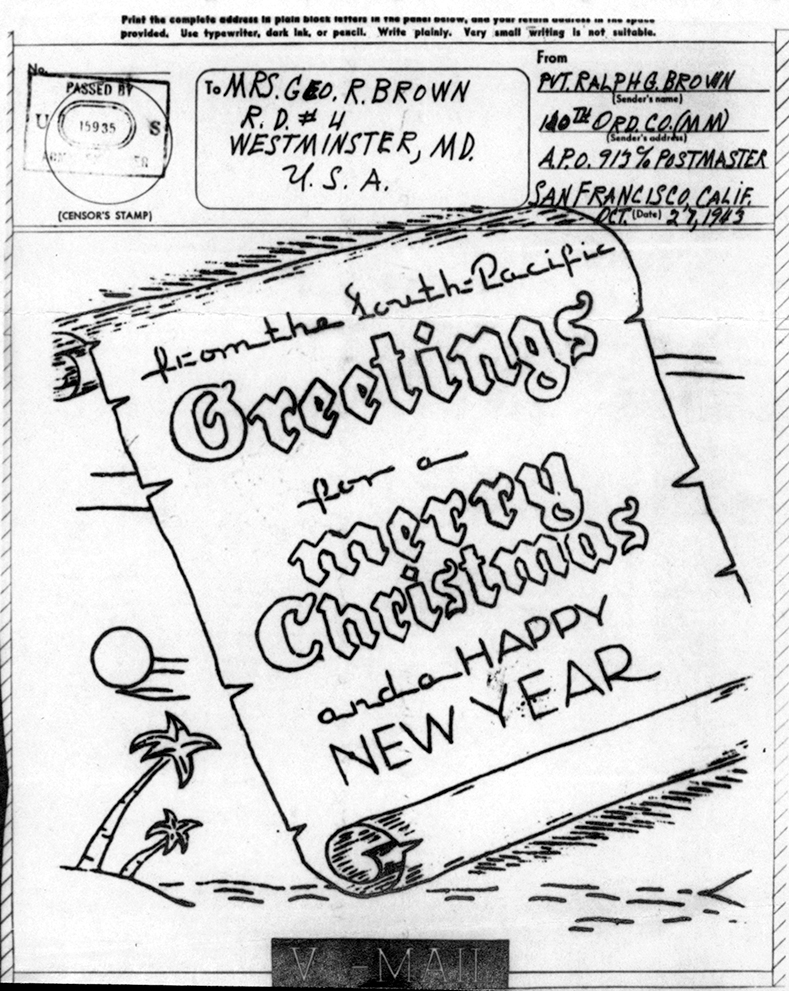 During World War II the War Department developed V-mail, short for Victory Mail, as a way to make mail delivery easier between soldiers and home. The writer used a pre-printed letter sheet that included spaces for the addresses and a one-page message. The message was censored and sent to a center for microfilming. The rolls of microfilm were sent to a processing center where each letter was printed at 60% of the original size, inserted into an envelope, and delivered to the recipient. It is estimated that 150,000 one-page letters weighed 2,575 pounds; the V-mail versions weighed in at only 45 pounds. Pvt. Ralph Brown sent this Christmas greeting to his mother in Westminster in 1943. It was sent in October in order to arrive on time. 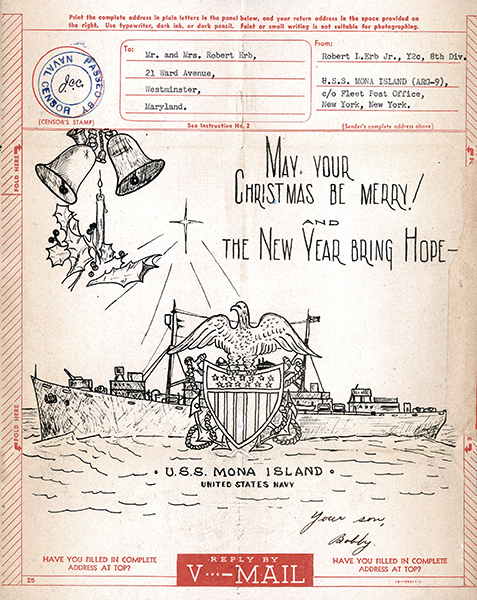