Although the Historical Society had to cancel its tour of Westminster Cemetery scheduled for May 16, the historic burying ground remains open to the public and an interesting place to visit. Established about 1790 at the north end of Church Street, it contains the remains of approximately 7,000 people from all walks of life buried beneath a variety of headstones that reflect the changing styles of memorials over the last two centuries.

For most of the 19th century a two-story brick meeting house stood in the center of the cemetery and served many purposes – a house of worship, a Civil War hospital, a public meeting place – before being demolished in 1891. 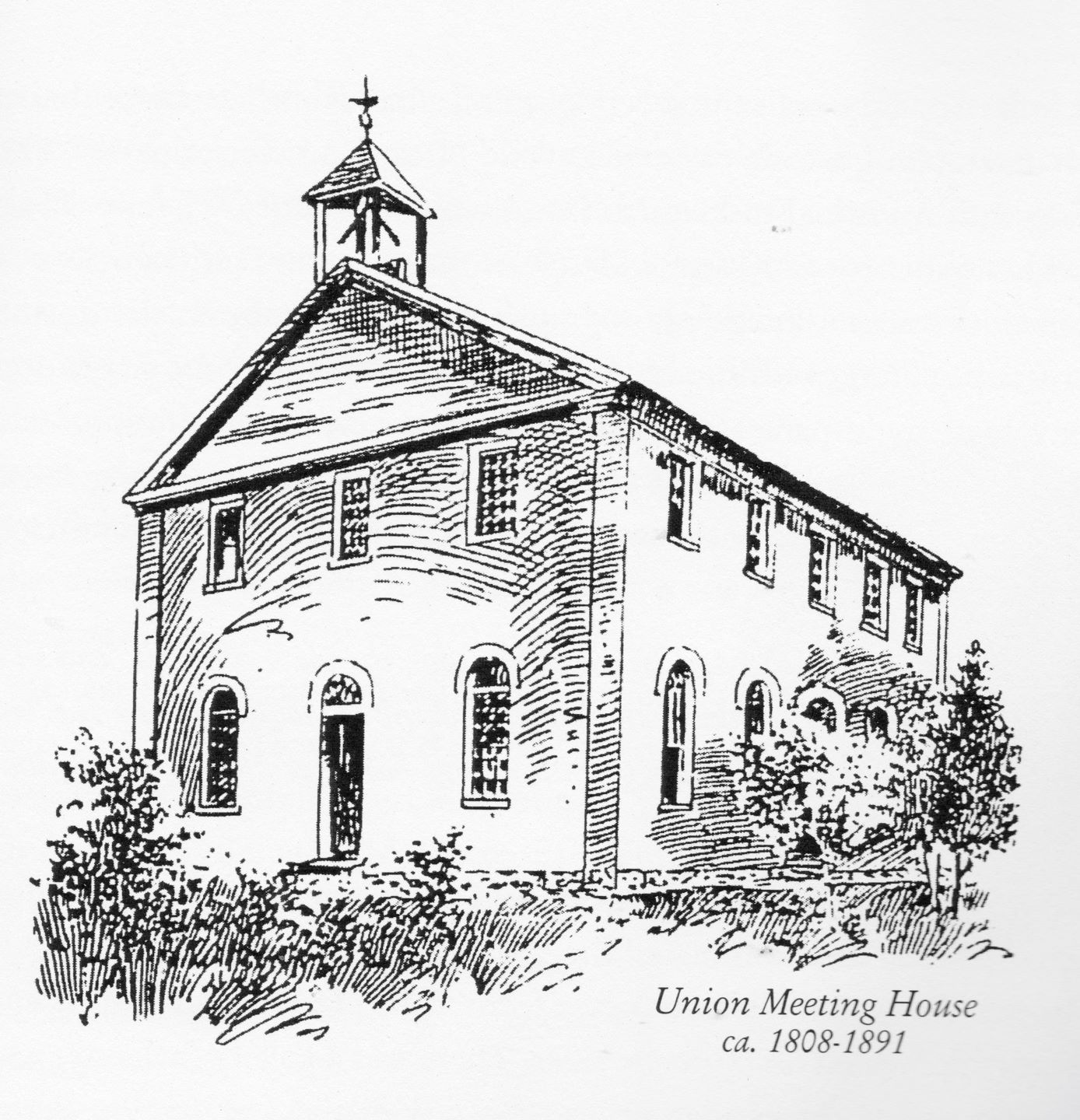 Today the site contains a columbarium (structure with multiple niches to hold ashes) and an urn. Westminster’s Memorial Day Parade ends there. 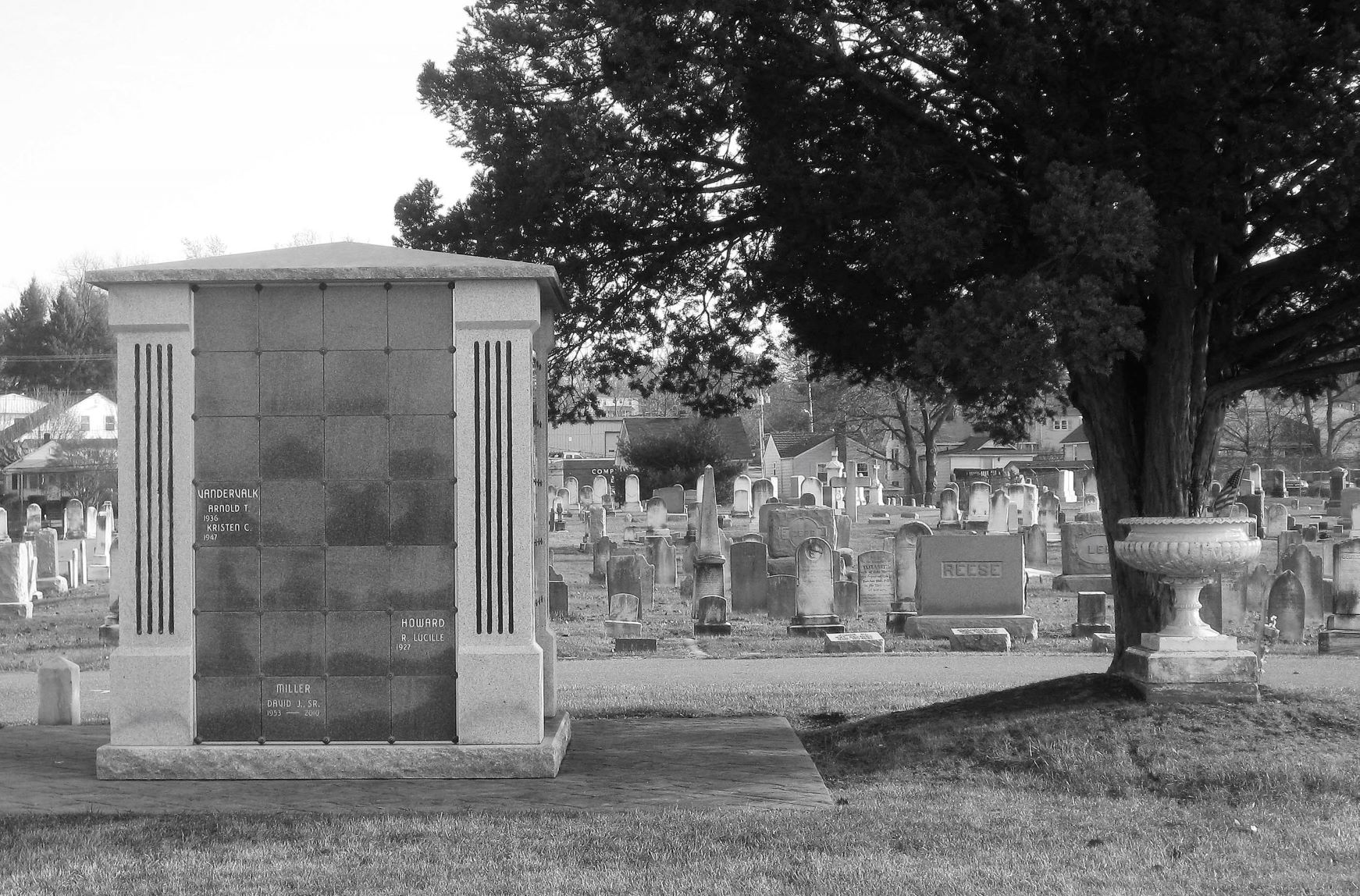 One of the most interesting spots in the cemetery is easy to find. It’s the lot in which five Civil War veterans lie side-by-side under a large tree. Upon entering the cemetery, take the first paved road on the right. Drive about 300 feet and stop at the tree on your right. Mary B. Shellman, founder of Westminster’s Memorial Day Parade, was given this lot for burial of Civil War soldiers who otherwise might be interred in unmarked graves. Four of the headstones are for soldiers from other states. The smallest stone is for a local resident who owned a watch repair shop in Westminster before the Civil War. The largest is for a young soldier from Maine who died on his way to Gettysburg in 1863. Mary sat with him as he lay dying. There are interesting stories behind all five stones. 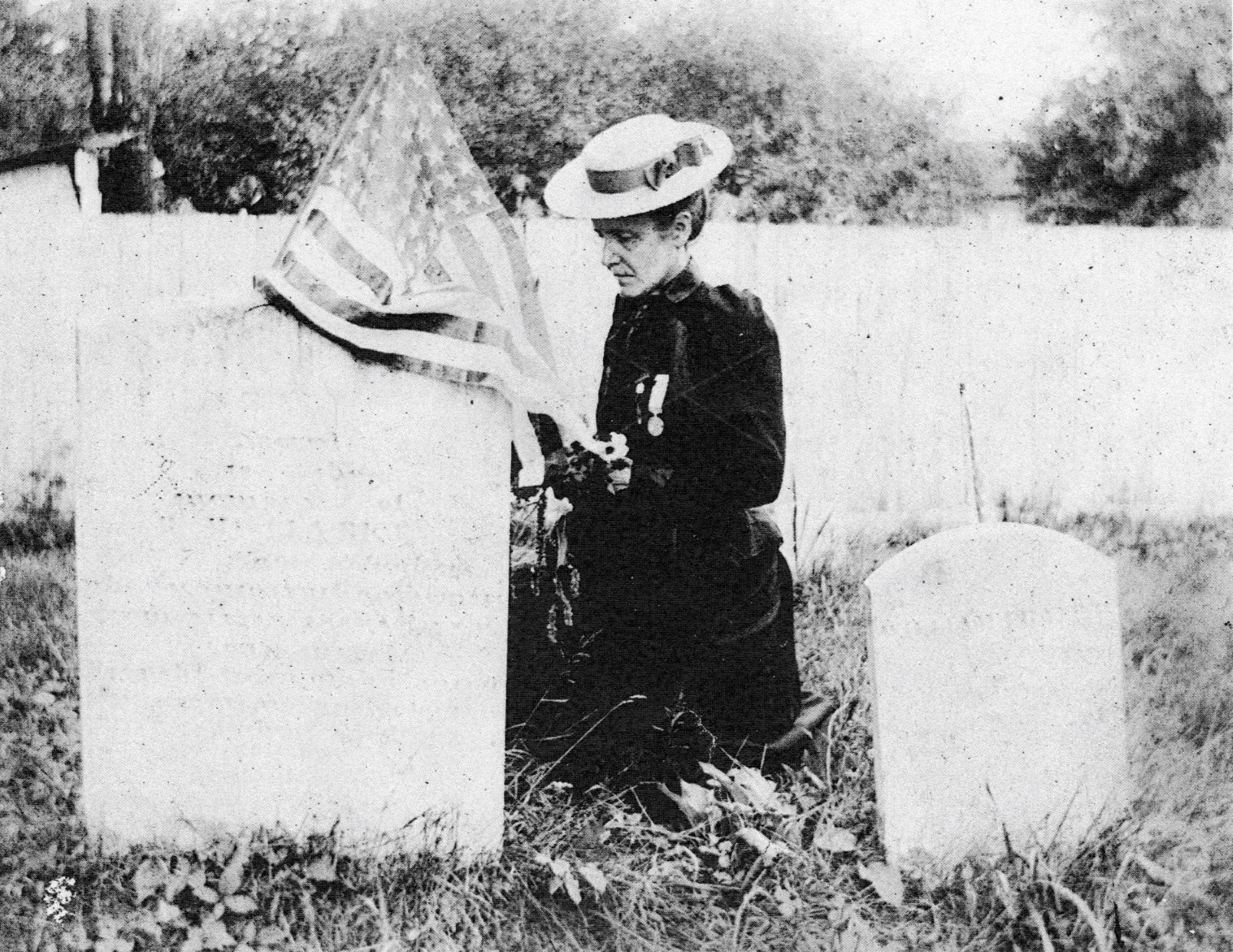 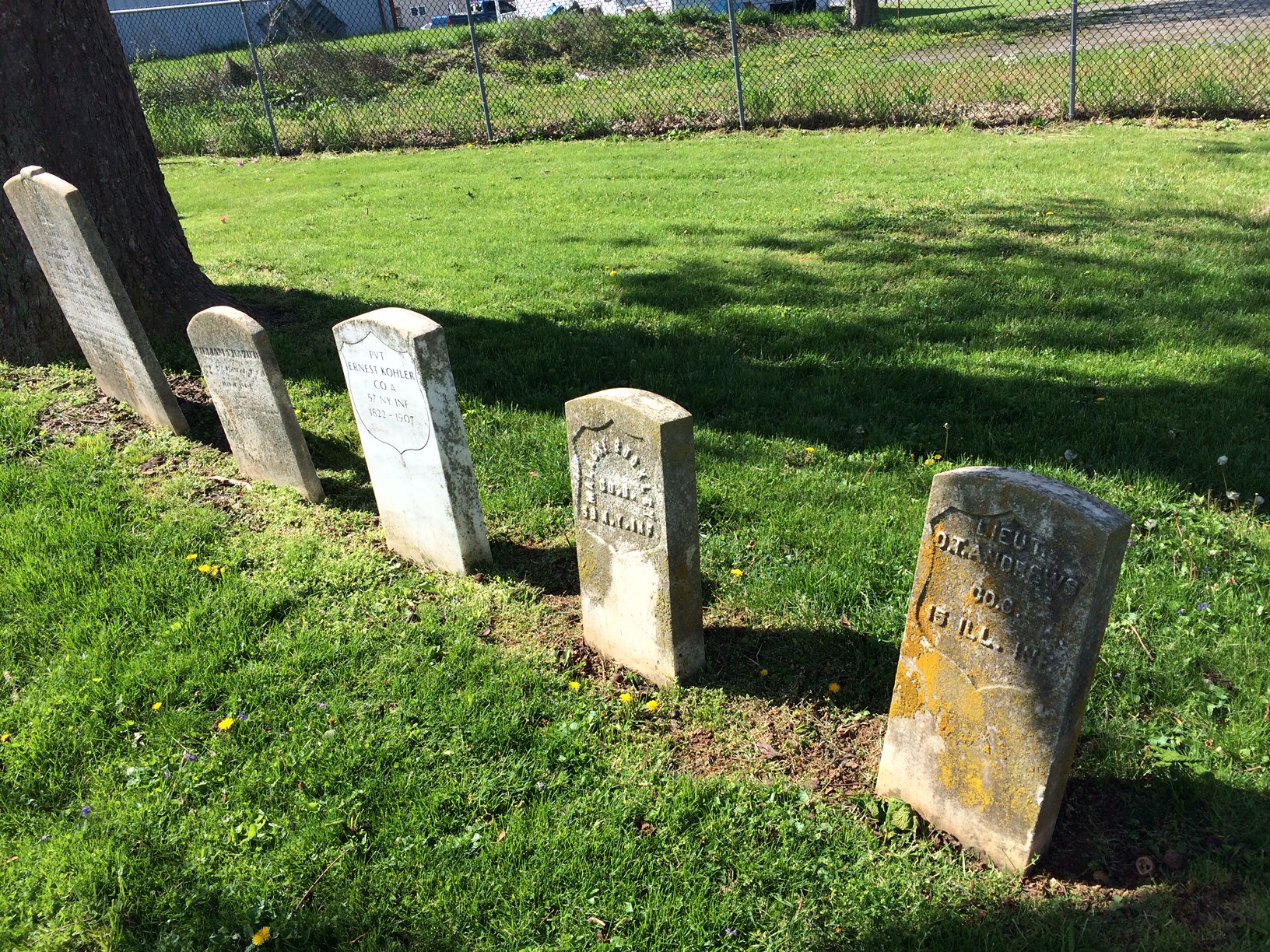 Check the Historical Society’s Events Calendar for the rescheduling of the tour, hopefully in the fall. You will learn stories of heroes, heroines, villains, and victims buried beneath the many fascinating old stones. 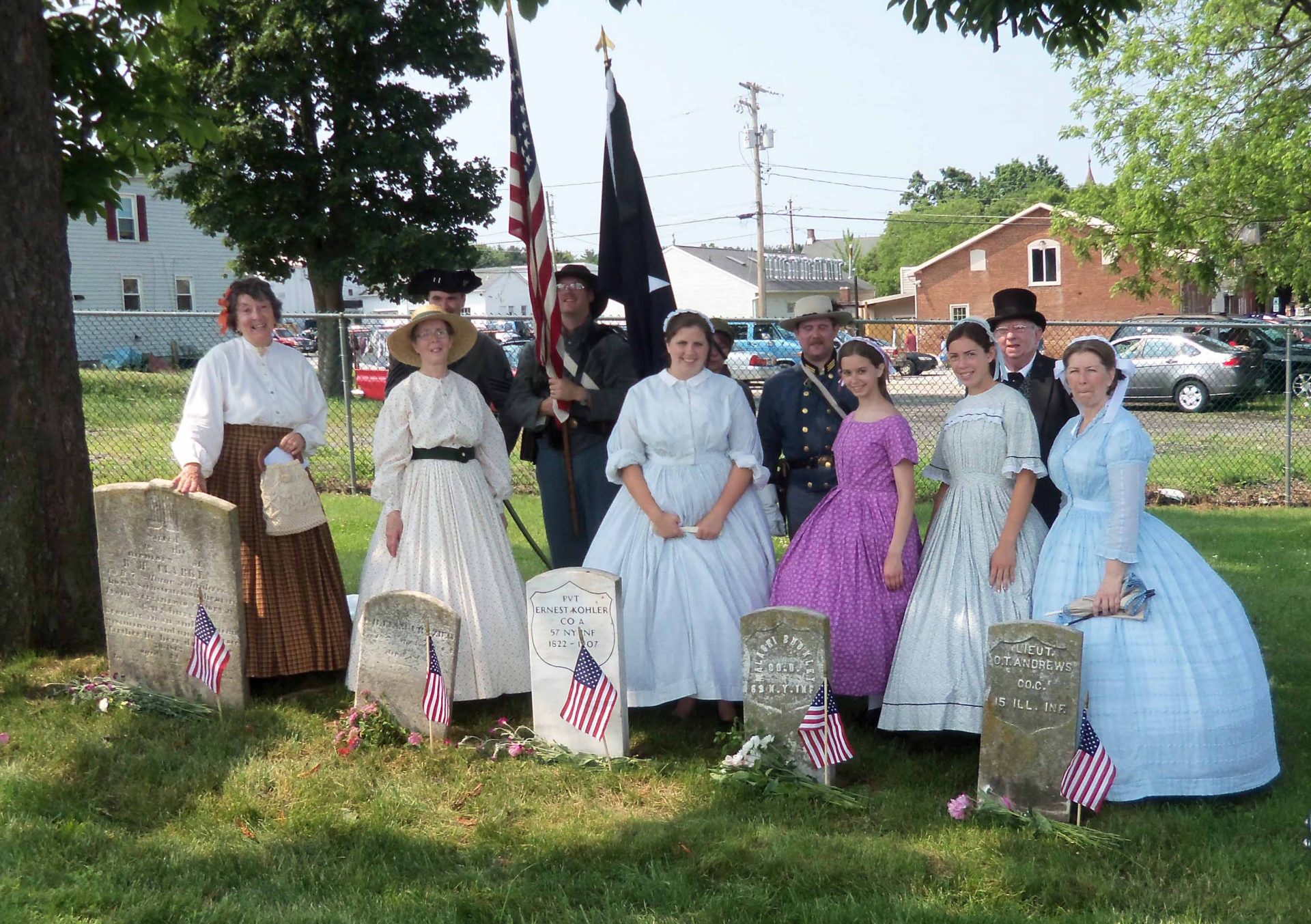 Members of the Pipe Creek Civil War Round Table posing at Shellman’s lot on Memorial Day 2012.