In 1910, James Lebbius Switzer (1837-1930) wrote a series of “Reminiscences” for the Union Bridge Pilot newspaper about growing up in Carroll County in the 1840s and 1850s. The following true story appeared in the May 27 issue.

“What says that South wind as it goes? The wind that kissed the precious bier! What precious message does it bear? ‘She is not dead but sleeping here.’

“I love to think of her as only sleeping – as a beautiful rose ready to be unfolded on the resurrection of spring morning – beautiful, affectionate Margaret Stoner. When the bigger boys were rude with me at school and my heart was nearly broken with sobs, she took me in her arms and bore me away from their jibes, wiped away my tears and kissed my cheek with all the sympathy and tenderness of a mother. How vividly this comes to me. She was older than I, just blooming into woman-hood; while I had not yet reached my ’teens.’ In Margaret I had a friend indeed and I can well remember how my young heart yearned toward her playful acts of kindness and sympathy for me. She was just a bundle of love – love toward everyone – confiding, gentle, loving and beautiful. She was my favorite at the school. After leaving school, in a few years, she fell sick, died, and was buried in the Brethren’s burying ground at the Pipe Creek church, on Sabbath day.

“There was an unusually large attendance at that funeral. Gloomy indeed was that Sabbath day. With many tears she was laid away. Hearts were soft in sympathy, and general sorrow pervaded every mind as the large concourse separated at the church and wended their way toward their homes.

“The Shriner boys and girls had been schoolmates with Margaret. The Shriner families were nearly all at the funeral – save one, William, who remained at home, probably because he had opened a dental office at his father (Jacob Shriner’s) house and expected perhaps that the duties of the office required him to be at home. The numerous family connections of father and mother Shriner went home with them from the church to visit and enjoy a meal together at the old home.

“A long dining table was abundantly furnished in the dining room. All had taken their seats at the table, father and mother Shriner at the head of the table. Their heads had just been bowed to give thanks to the Creator for the bounties before them. The initial momentary hush of silent meditation had stilled the air for just a moment when the thundering report of a double barreled shot-gun discharged at the foot of the table instantly threw them all into a frenzy of terror and consternation. Another report followed the first almost instantly. The room filled with smoke and the smell of gun-powder. The chairs were overturned at the table, the company screamed in bewilderment and ran for the doors, or were pale and paralyzed in horror. One, however, did not rise.

“He lay lifeless and prostrate upon the floor. A stream of blood flowing from his temple and from under his side, and running along the floor under the table, told of the terrible tragedy of which he was a victim. His brothers raised him gently from the floor and endeavored to seat him on a chair, but a heavy charge of shot was in his head and another buried in his side, either of which would have been instantly fatal; and there he was, poor John Shriner, snatched from his father’s bountiful table and hurled in an instant into eternity.

“At the foot of the long dining table was a door leading outward into a passage way. Stealthily, silently, this door had been pushed ajar sufficient to insert the gun-barrels into the opening which was done so quietly as to attract no attention until the fatal explosions startled everyone from their seats and almost shook the dishes from the table. Can you imagine this scene? God grant that such another one may never occur!

“Immediately following the shock, a rush was made by the men for the assassin. The passage door was thrown open and they crowded into the passage way to find their brother William with the smoking gun in his hands and a wild maniacal look of terror in his eyes that told at once the sad condition of reason dethroned and the mental faculties deranged, and he was quivering in a rainstorm of demoniacal excitement and frenzy.

“‘Why did you do this?’ said his brother. ‘Because they abused me,’ said William with the emphasis of terror snapping from his reddened eyes, that flashed from a countenance pale as death. All too plainly the cause of this sad tragedy flashed upon them – William has lost his mind – is crazy and does not know what he has done. Such was the verdict at the inquest. Such was the real condition. He had graduated at a Dental College, and but a short time before the tragedy had opened a dental parlor with a good neighborhood practice which gave satisfaction and displayed skill and a good knowledge of his profession. But the intense application at his school had proved too great strain upon his mind and nervous system and it was noticed by members of the family (but was unknown and never suspect by anyone else) that he acted queer at times; yet never had he in the least manifested any disposition to be ugly or dangerous before this fatal day. It is supposed that the death and burial of his young and beautiful schoolmate together with the sorrow of being left alone while all the rest were gone to her funeral had aroused a morbid and maniacal condition of frenzy and despair and gloom which overcame his reason and urged him into that wild desperation of madness, so stealthily, and unfortunately culminating in this great crime. William was the perfect gentleman in his office. My father and I, together, visited his office only a short time before this sad event, when he pulled a tooth for me, the first one I ever had drawn. He also drew a tooth for Uncle Daniel Wolfe and I think one for Aunt Margaret Wolfe just before his mental overthrow. Not a sign or hint of any abnormal mental condition was noticed by anyone. So soon sometimes can reason be dethroned. John Shriner, the victim of William’s unfortunate condition, had taught a term of school at the Priestland school house. I had been his pupil. So had Margaret Stoner from whose funeral he had just returned. In two days he was laid away with her in the same cemetery followed by the broken hearts of his family connections, his pupils and the entire neighborhood for miles around.

“I remember him as a mild, easy mannered teacher, good to his scholars; too good perhaps, for I do not remember of his ever having punished one of them. How many of his pupils will read these lines? Not many. Yet this will be history – sad history indeed to the coming generation. Two brothers of a loving and affectionate family were thus suddenly snatched from its bosom – one to the tomb – the other to the asylum, never more to regain his reason, or perhaps to realize what he had done.

“After a few years at the asylum he was brought home to end his days at his father’s house in a private room fitted up for his confinement.” 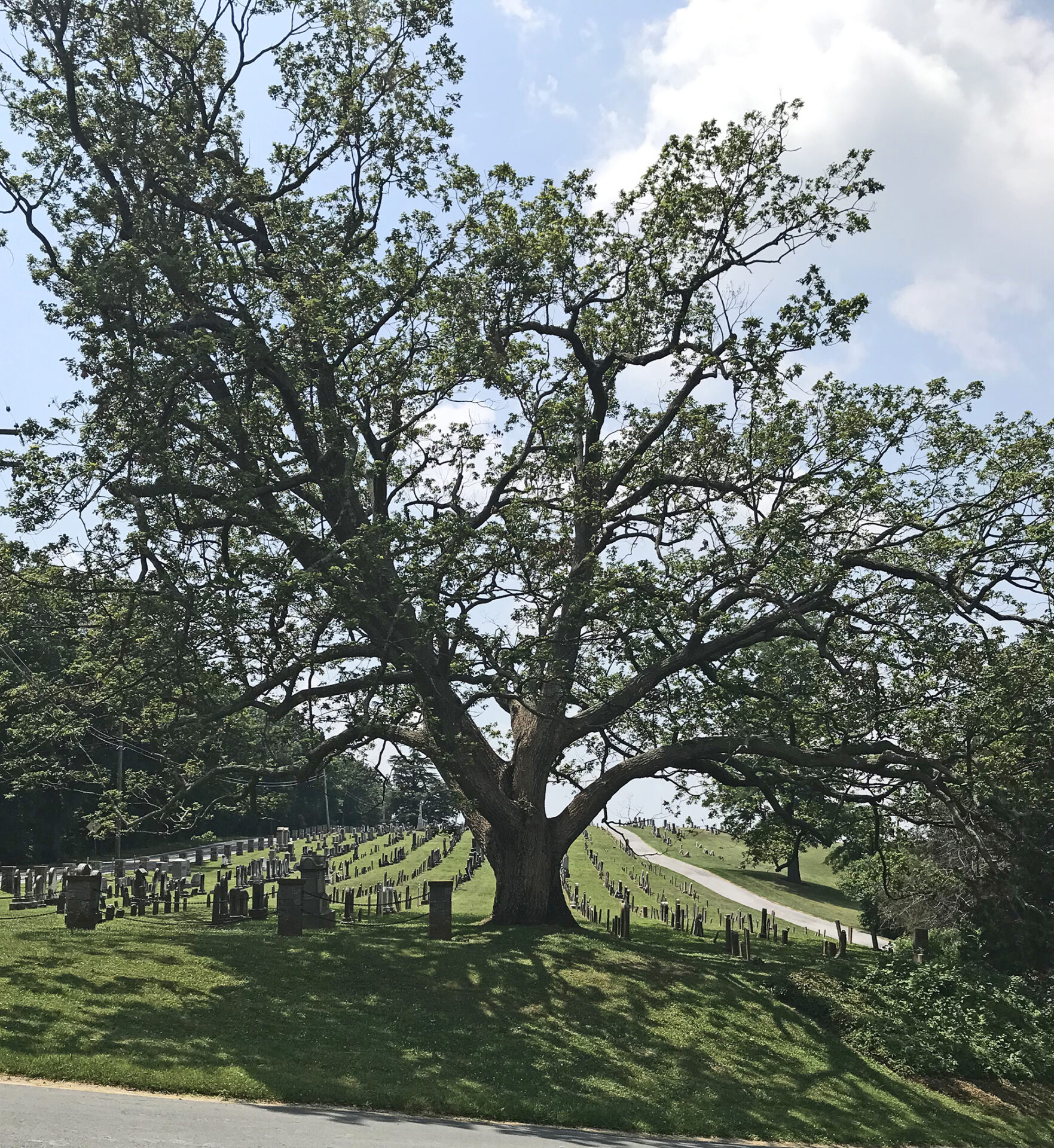 Image 1 – Credit Submitted photo – The large cemetery connected to Pipe Creek Church of the Brethren is located along Clear Ridge Road on the outskirts of Uniontown. The massive oak which shades some of the earliest stones was probably alive in 1849 when this episode occurred. 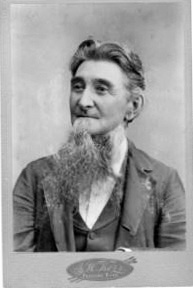 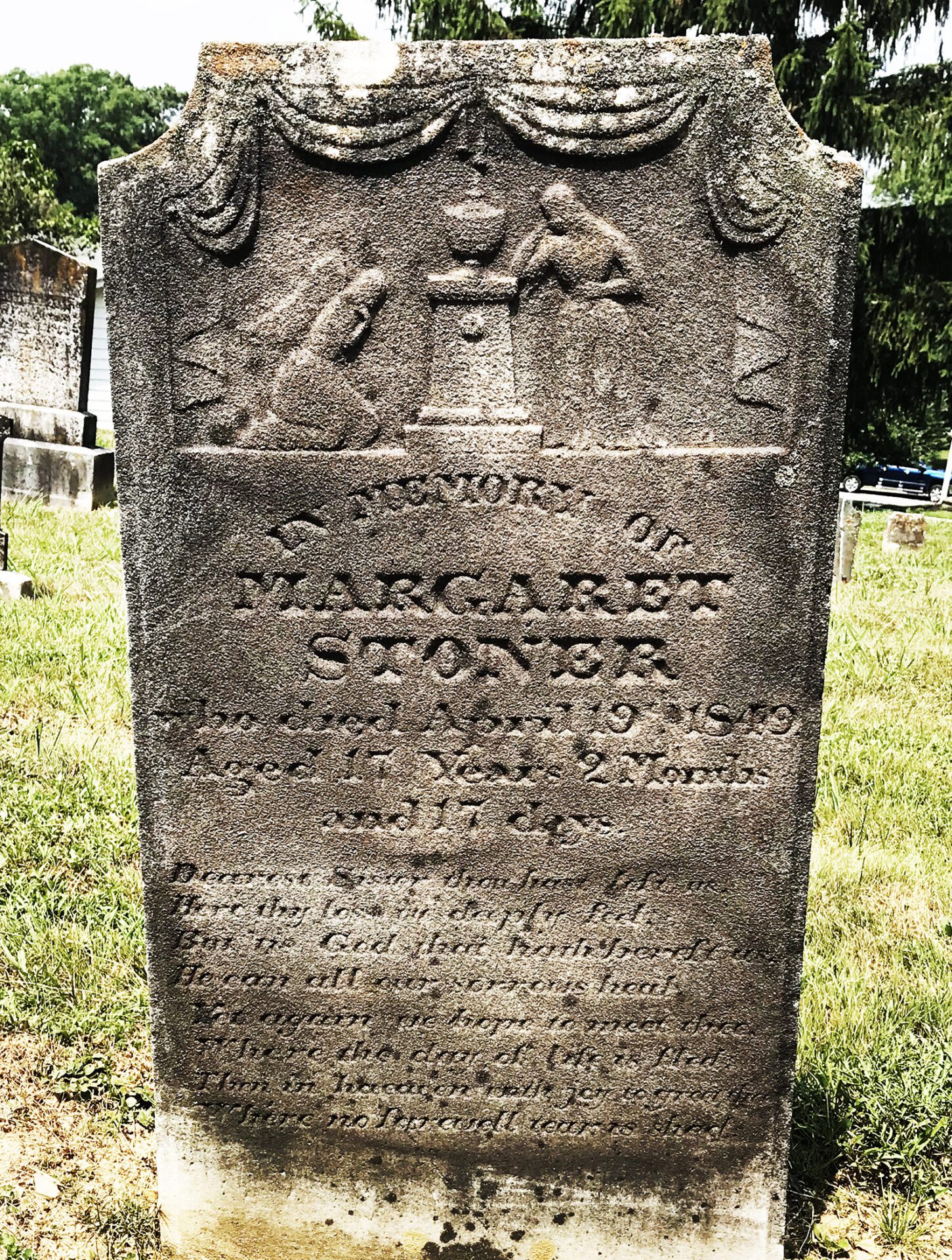 Image3 – Credit Submitted photo – Gravestone of Margaret Stoner in Pipe Creek Church of the Brethren Cemetery who died at age 17 in 1849. The design is a typical one for the time and shows an angel and a mourner on either side of an elaborate monument.