Preserving the beauty of Westminster’s East Main Street has always been a challenge. Businesses, churches, and residents must accommodate advances in street lighting, paving, and other forms of modernization while maintaining the character of the very oldest part of the city. The Historical Society of Carroll County is committed to doing its part.

Back in the 1990s, as work was underway to repave East Main Street, local residents tried to save some of the huge old trees arching over the street and shading many of its buildings. Townspeople and tourists walking between Washington Road and Center Street today owe a debt to Westminster Councilwoman Rebecca Orenstein and others for their TreeAction group. The cost of repaving, burying electrical lines, and reconfiguring the street to save the trees was borne by the city, but who bears the cost of keeping historic structures in good repair?

The Historical Society of Carroll County occupies a three-building campus at 206, 210, and 216 East Main which plays a major role in the appearance of that part of the city. The three brick buildings are some of the city’s oldest and help create its character, but their upkeep rests with the non-profit HSCC. Any homeowner knows that paying the monthly electric bill doesn’t keep your roof or basement from leaking. Bricks and mortar laid 200 years ago need attention, and maintaining attractive, authentic facades of old buildings requires constant investment.

About five years ago, after the Historical Society celebrated its 75th anniversary, it obtained a matching grant from the Maryland Heritage Areas Authority to complete the restoration of the facades of the Kimmey House (c.1800) and the Shellman House (c.1807), the two oldest buildings on its campus. With grant money, the unique shutters and hardware for Kimmey were reproduced using the fragile original materials as patterns. Installation of interior storm windows insured Kimmey’s heating costs were reduced.

Shellman, the Society’s house museum, also got a facelift involving its shutters and hardware. Enough grant money remained to replace Shellman’s two-story side porch that overlooks the garden and Sycamore Street. The public is welcome to enjoy the gardens behind both houses during daylight hours. A group of Master Gardeners tends them, and now is a perfect time to enjoy what is in bloom as well as the shade offered by magnificent old trees. Caution: if you visit in the autumn, be aware that the walnut tree doesn’t care whether it is you or your car underneath its branches as the nuts begin dropping.

Today more work is needed on the exteriors of HSCC’s buildings—painting as well as major brick and mortar repair. No sooner is one restoration project completed than the Society must address another maintenance issue when all three buildings are so old. Still, they are handsome, original, and have wonderful stories associated with them and their inhabitants.

It was 157 years ago tomorrow that the stunned residents of these three homes watched nearly 100 shouting Union cavalrymen fly past to confront J.E.B. Stuart’s Confederate cavalry entering town only three blocks away. That story became known as Corbit’s Charge. 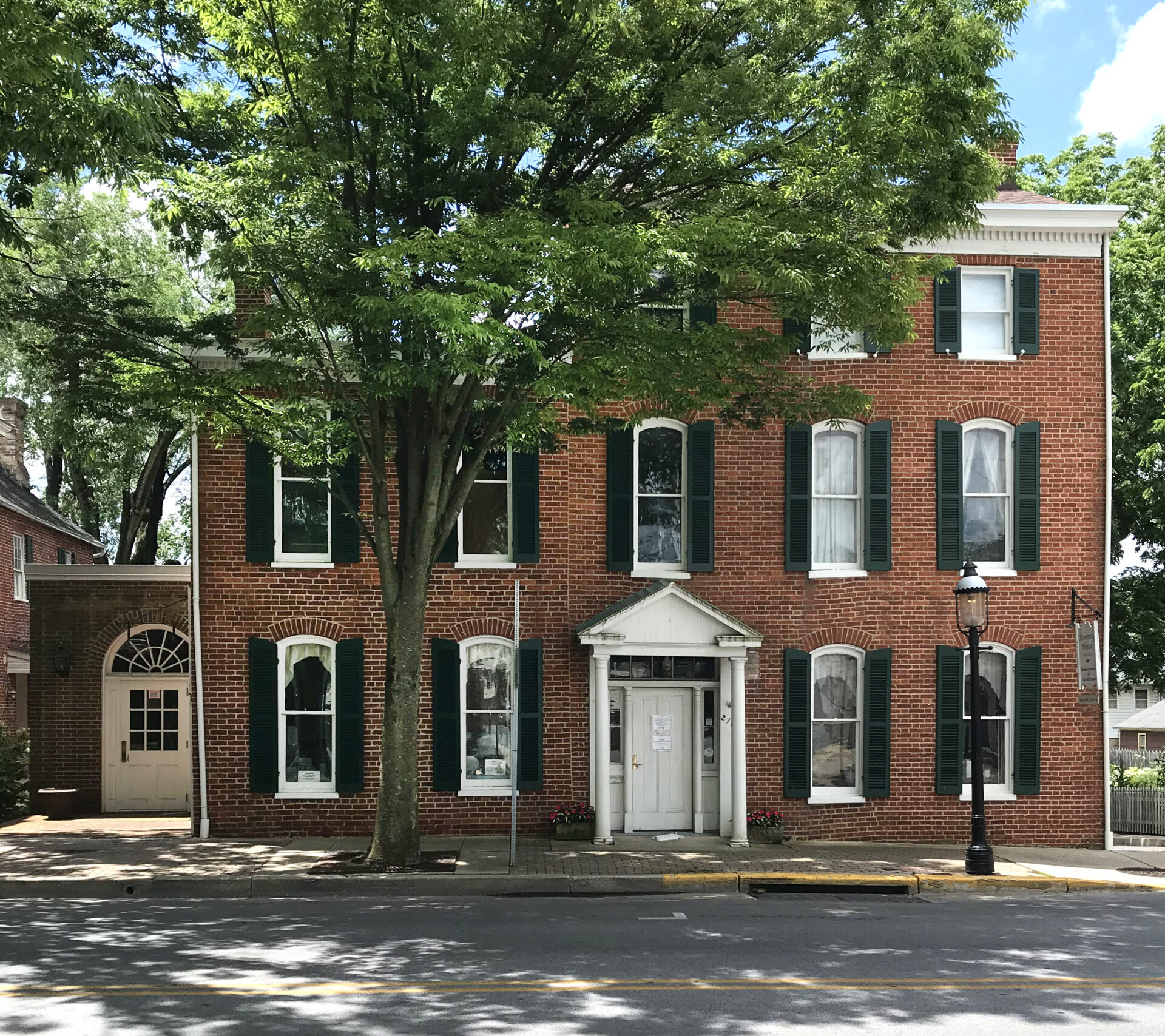 Image caption: The Kimmey House at 210 East Main Street, Westminster, contains the Historical Society of Carroll County’s library, Shellman Shop and Bookstore, and administrative offices. Built about 1800, its façade was recently restored thanks to a grant from the Maryland Heritage Areas Authority.