Time has not been very kind to most of Carroll’s small African American communities that
sprang up after the Civil War. Who knows the whereabouts of Priestland, White Rock, Newport,
Dorseytown, Muttontown, Johnsville, and Western Chapel? You are most likely to know them as
names of roads if you recognize them at all. Although the colored school and Methodist church which stood at the center of the Western Chapel community several miles south of Westminster disappeared in the 20th century, a group
of homes and a restored cemetery still stand along Western Chapel Road. The area originally was home to a small black and mulatto population that had been free or enslaved before the Civil War.

Five men bought land in 1868 to build Western Chapel Methodist Episcopal Church and a
cemetery grew around it. Three of the earliest gravestones were for people born before 1800—
Mary Buchanan (1794), Sarah Brisco (1796), and Jesse Cromwell (1799). Other stones tell of
men who served their country during the Civil War, World War I, and World War II in the
Army, Air Force, or Navy. A team of workers under the leadership of Louis Brown restored that
cemetery several years ago, making it possible to see some headstones nearly 150 years old.
Education was important to members of the Western Chapel black community as evidenced by a
petition for a school submitted in 1880. At that time, the nearest school for black children was in
Westminster. Seven years later the school board finally authorized construction of one on land
opposite the church, and in 1898 it approved operation of a night school for children of the
community who had to work during regular school hours. Local resident Jeremiah Butler served
as the teacher that year.

Census records between 1870 and 1910 show most men in the Western Chapel area worked as
farmers, farm hands, or day laborers. A few were employed as stone quarriers in Medford which
was within walking distance. One man dug wells, another was a cooper, but opportunities to
improve your life were likely few and far between for unskilled blacks who grew up in the
Maryland countryside. That explains why so many migrated to a place like Baltimore where they
could find jobs as that city grew into an industrial powerhouse.

David N. Brown, seen in the accompanying photograph, grew up in Carroll County and made the
Western Chapel area his home in later life. He enlisted in Company H, 4th Regiment, U.S.
Colored Troops during the Civil War where he served alongside several other local men as a
corporal. The 1870 census showed him as age 41 with a wife, Sarah, a 13-year-old son, and his
mother-in-law Charlotte Toop. His real estate was worth $1,000 and his personal estate $200-
$350, making him considerably wealthier than his neighbors. He was also literate. David, like
many other black Civil War soldiers, came home and spent his remaining years improving his
community. He farmed, waited tables, served as a trustee of Western Chapel’s school, preached
in its Methodist church, and lies buried in its cemetery. 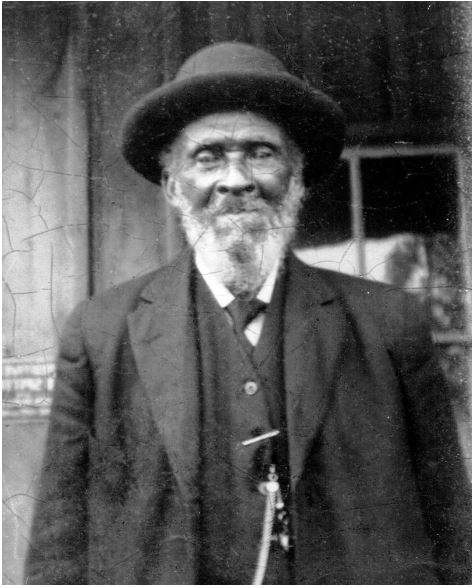 Mary Ann Ashcraft is a library volunteer at the Historical Society of Carroll County.
Photo credit: Courtesy of Louis Brown.
Photo caption: David N. Brown, a Civil War veteran, served the Western Chapel African
American community as a school trustee and preacher before his death in 1917 at age 86.