It’s delightful to find names in the phone book which have been around Carroll County for several hundred years.  The same holds true for certain businesses.  In 2006, Mathias Monuments on East Main Street in Westminster celebrated a century of furnishing memorials to mark local graves, but three generations of the Beaver family had practiced stone carving in the county before they sold their business and equipment to Joseph L. Mathias in 1906.

John Beaver, founder of the stonecutting dynasty, died in 1877 at the ripe old age of 81.  He was one of the “Old Defenders,” a title given to those who fought in the War of 1812 and defended Baltimore during the British invasion of 1814.  He volunteered for the army as a fifer at sixteen, but at the Battle of North Point he carried a musket instead.  By the 1830s, he was turning out large numbers of tombstones – the most prolific carver working in the county.  His early stones ranged in price from $7 to $29.  We know that from the accounts which executors filed at the courthouse when they settled someone’s estate.  The accounts might include payments for grave digging or preaching at the funeral as well as furnishing a headstone and footstone. Administration accounts are also full of other fascinating, miscellaneous information – even the name of a newspaper the deceased person read if he still owed money on the subscription when he died!

Beaver’s service in the War of 1812 followed a family tradition; his uncle had spent five years in the Maryland Line during the Revolution.  In later years, John “delighted to gather around him the friends of his youth and recount the scenes of the war in which he served.”  He was buried in the family burial ground, probably what has been called the Beaver Family Cemetery east of Westminster along Route 140.  At some point he was reinterred in Westminster Cemetery.

Andrew J. Beaver followed in his father’s footsteps but moved his business and residence to Westminster in 1858.  By 1873, Andrew’s oldest son John was showing great promise as a third generation stonecutter/sculptor.  The Democratic Advocate reported the twenty-three-year-old planned to carve an elaborate female statue over four feet high for the grave of John H. Yingling.  It would rest on a pedestal of equal height with emblems of all the fraternal orders to which Mr. Yingling belonged.  Cost of the monument was reported to be a whopping $500!  The newspaper compared John Beaver’s talent to that of Carroll County’s world famous sculptor William Henry Rinehart.  “It is expected that when finished [the statue] will give evidence that another Rinehart is to be furnished to the world by Carroll county.”

By 1880, Andrew was dead, but John and his brother, Andrew Jr., were both listed as “marble cutters” in the federal census.  The local newspaper advertised, “Cemetery Work!!  John Beaver, (successor to A. J. Beaver,) Will continue the Manufacture of Italian & American Marble Monuments, Tombstones, Tablets, &c at the old stand, Main Street, 4 doors West of Odd Fellows’ Hall, Westminster Md.,  at greatly reduced rates.  All orders neatly and promptly executed, and satisfaction guaranteed.  Emblems Elaborately Carved.”

The 1906 obituary of the second John Beaver notes, “…an effort was made to send him to Italy to be instructed by the late Wm. H. Rinehart…but owing to the ill health of his father, he concluded to remain at home.”  Although he never gained international renown, John carried on a very successful business, one which continues today under new ownership and follows a Carroll County tradition going back nearly two hundred years. 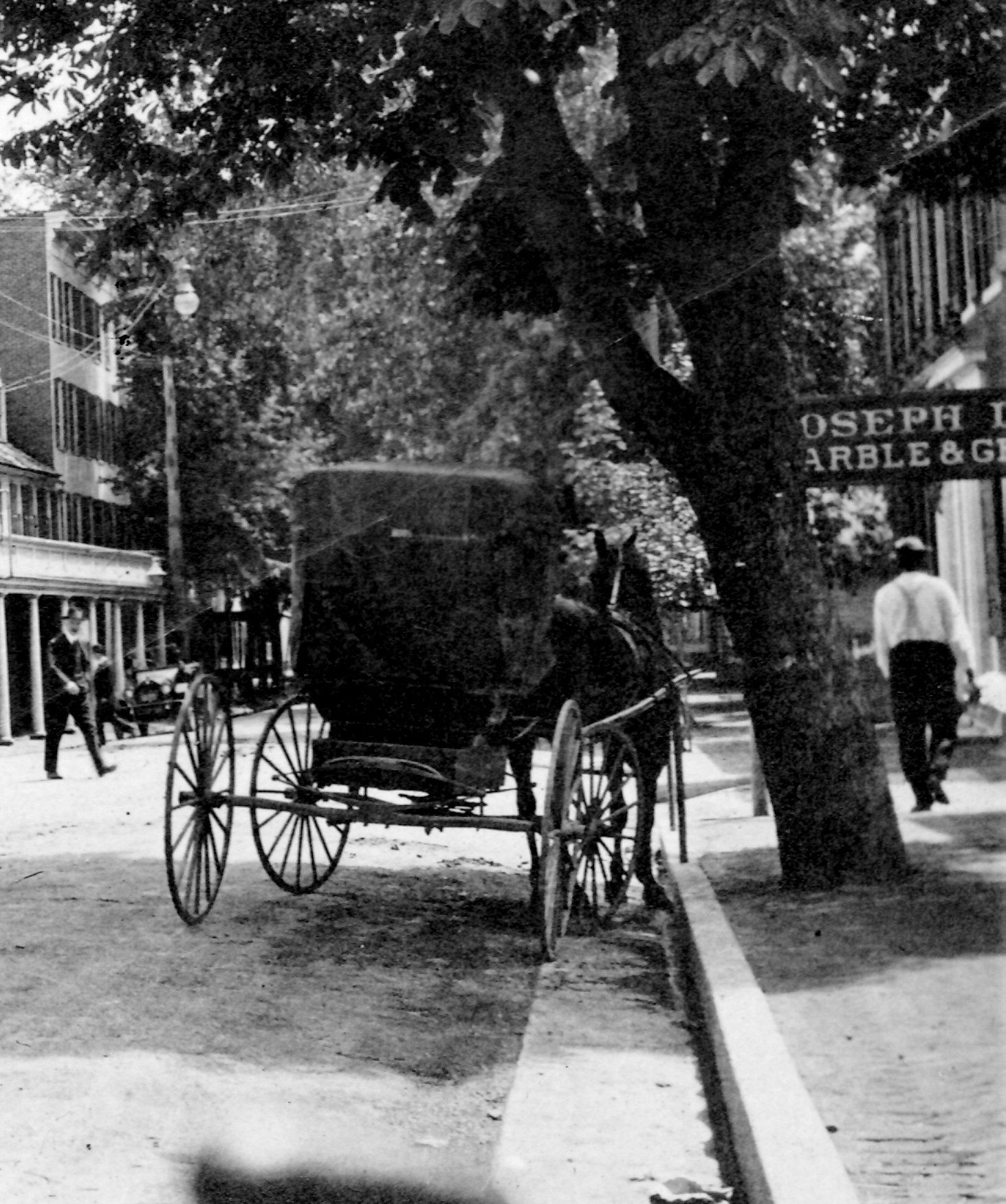