Dorothy Elderdice “One of Our Best” Native Daughters

Twentieth century Carroll County was enriched by the presence of a most amazing native daughter – Dorothy Elderdice.  Born in 1892 in a conservative community during a conservative era, she was anything but conservative, and way ahead of her time.

Dorothy has been dead since 1979, and memory of her many accomplishments has faded, but it absolutely should not!  The causes she espoused – women’s and civil rights, world peace, and freedom – are ones for which people are still demonstrating and fighting, even in the U.S.  Dean Minnich, a former Carroll County Times columnist, called her “One of Our Best” in an article he wrote following her death.

During her senior year at Western Maryland College (now McDaniel College) in 1911, she wrote a paper mildly opposing adoption of the Nineteenth Amendment which later gave women the right to vote, but she quickly changed her stance, to the consternation of her family.  That was the first of many issues on which Dorothy bucked the tide of her family and the community, but they were issues which revealed her forward thinking.

In July 1918, she wrote and directed the first of her many pageants with universal themes.  That one, entitled “In the Cause of Freedom,” was performed on the Court House lawn just before World War I ended.  It involved over a hundred local residents and played before a huge audience.  In 1922, she staged a production on the WMC athletic field called “Sheathing of the Sword.”  That peace-themed pageant with a thousand-member cast was viewed by over 5,000.

Miss Elderdice didn’t confine her interests and activities to the local scene.  She produced a pageant at The Hague in the Netherlands called, “We Have Spoken for a World without War,” which involved participants from over 23 countries.  In 1963, she marched in Washington and was present at Martin Luther King’s “I Have a Dream” speech.

Helen Shroyer, a good friend, said it took a number of tries before Dorothy found the right direction for her life.  Her parents “kept a tight rein on her” because sometimes she didn’t show good business sense, but Dorothy wrote in 1925, “One can’t learn without experimentation….I suppose it’s better to have experimented and lost than never to have experimented at all.”  She eventually did get it “right,” and had the self-confidence to proceed on her path even when there might be opposition.

For many years, she taught speech and drama at Westminster Theological Seminary located on the WMC campus.  She also directed the Westminster Community Players which eventually became the Carroll Players.  During her years of involvement with theatrical productions, she amassed a collection of over 5,000 costumes from around the world.  These she rented from a shop in the basement of her home on West Green Street and many local people remember wearing them on festive occasions.

Before her death, she gave those costumes to the Carroll Players, willed her house to Western Maryland College, and donated her body to science.  Like Mary Bostwick Shellman (1849-1938), another native of the county, she was an energetic, progressive, selfless humanitarian. 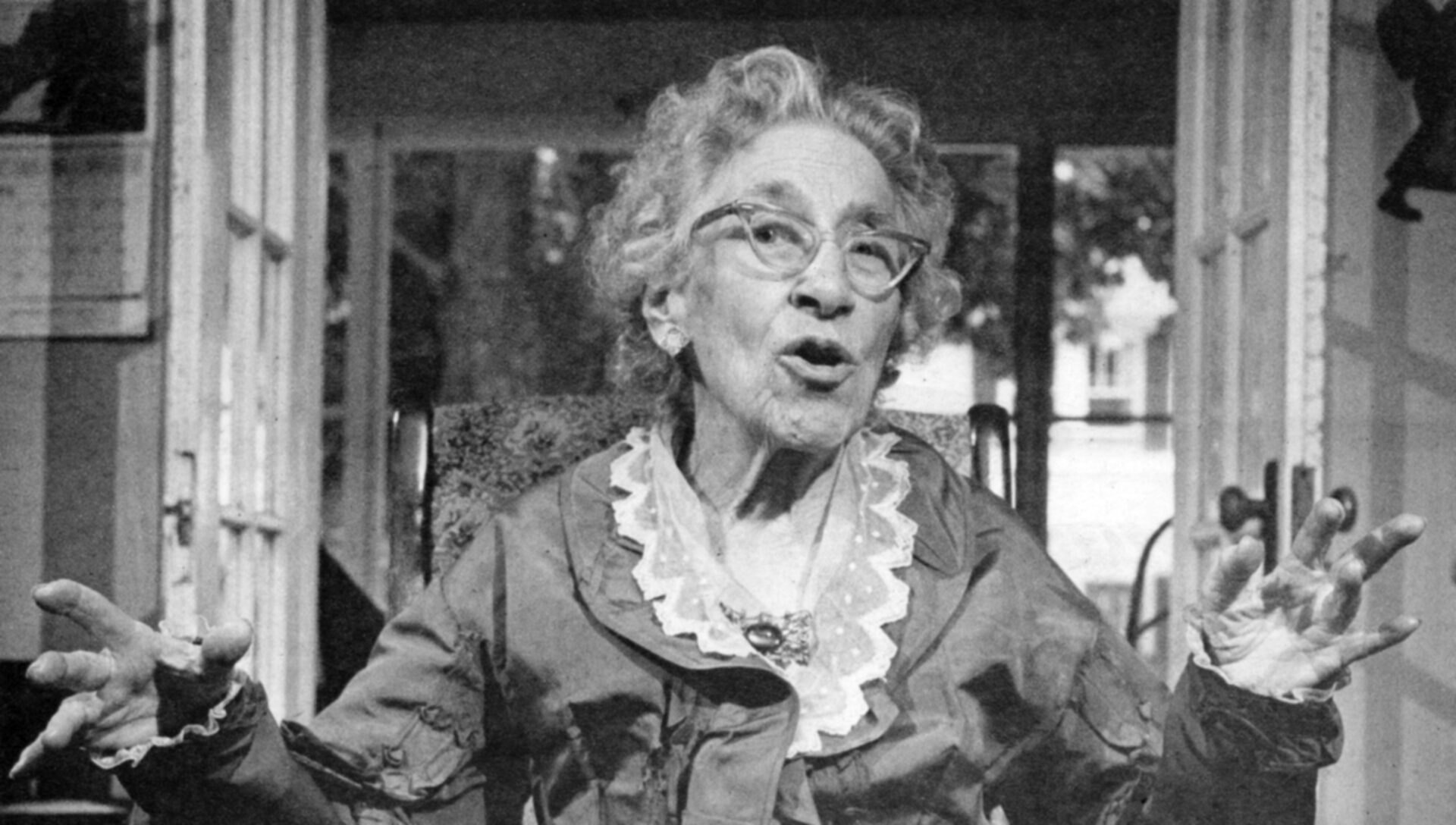 Photo caption: Dorothy Elderdice was photographed in a turquoise taffeta 1860-period gown during a 1978 interview.  She had just donated her 5,000-piece costume collection to the local Carroll Players.