14 June 2020 – The Adventures of Two Early Settlers: In 18th and 19th Centuries, Travelers Went From Carroll To Calcutta and California

14 June 2020 – The Adventures of Two Early Settlers: In 18th and 19th Centuries, Travelers Went From Carroll To Calcutta and California

The Adventures of Two Early Settlers: In 18th and 19th Centuries, Travelers Went From Carroll To Calcutta and California

Thanks to excellent research by historians, this article tells the stories of two intrepid travelers who ventured far from Carroll County in the 18th and 19th centuries. Charles Key Bruce sailed half-way around the world to work in Calcutta, India, while Isaac Newton Roop settled in California during the heyday of the Gold Rush.

Normand Bruce was one of the great landholders of early western Maryland. An immigrant from Scotland, he began his rise to fame and fortune by settling first in St. Mary’s County and marrying into the politically powerful Key family. By the 1770s, he and his family were living near Big Pipe Creek in what was then eastern Frederick County and he supported the patriot cause during the Revolution. Our town of Bruceville between Taneytown and Frederick is named for him.

Charles Key Bruce, Normand’s youngest son, was born about 1762/63 in St. Mary’s County but grew up in what became Carroll County. Like his relative Francis Scott Key, he was born with the proverbial silver spoon in his mouth although he didn’t take advantage of his family’s status in Maryland. Instead, at about age 17, he set sail for Edinburgh, Scotland, where he enrolled in medical school in the early 1780s. Whether he received an official medical degree is debatable, but he apparently had little intention of returning to Maryland to practice medicine. If he knew his family’s fortunes went through a rough patch after the Revolution, it probably didn’t influence his decision to remain abroad.

A distinguished surname like Bruce would have been to his advantage anywhere he went in Scotland during the 1780s. He had his eye on a career in India with the East India Company where adventurous Englishmen and Scots were making their fortunes. In January 1788 he signed as ship’s surgeon on the Triton, an East India Company vessel bound for Calcutta, and arrived after a six-month voyage. The terms of his employment required that he return to England, but Charles had other plans.

Ashore in Calcutta, he found he couldn’t secure a position with the all-powerful Company, or use his medical training, so ended up in 1790 as the editor and co-owner of the Mirror, one of Calcutta’s newspapers catering to its large English-speaking population. It was to prove a challenging job, even for a person astute at reading the political winds blowing through the city and across a colony operating under the autocratic hands of Britain’s colonial governors. He sometimes dodged criticism of his news coverage and suffered reprimands, knowing all the while he could be shipped back to England at a governor’s whim because journalists only functioned with official blessing. It took many years, but eventually he succeeded in finding a respected place in Calcutta society.

About 1815, after 25 years of running his paper, Bruce learned of his father’s death in Maryland four years earlier. He had only a few more years to return in order to claim roughly $100,000 in inheritance. Home he sailed in his early 50s, leaving behind his house on the outskirts of Calcutta and a way of life so different from what he would find back in America. He settled on Staten Island and did an additional bit of traveling before dying in 1826. He had never married so left his considerable estate to be divided among relatives, friends, an old Indian servant, and the poor of a town in Scotland where the Bruce family once lived.

What sort of fellow was Charles Key Bruce? People said he was like his father – ambitious, adventurous, and possessing the capacity to ingratiate himself with the right people. He was an “able writer.” He certainly landed on his feet in India and negotiated his way in that complex colonial world – not a mean feat for someone who hailed from the “wilds” of 18th century Frederick/Carroll County.

Dr. Basil Crapster, a history professor at Gettysburg College, left the Historical Society of Carroll County a file cabinet full of his research on the Bruces and many other subjects upon his death in 1991. This discussion of Charles Key Bruce is based on his work.

And now for an adventurer of a different sort – Isaac Newton Roop. The Roop/Rupp family came from Germany and, by the early 19th century, had established itself firmly in Carroll County as part of the farming and milling community that formed the backbone of the region’s economy. As settlement of states further west became more appealing, some Carroll Countians, like Isaac’s father, Joseph, pulled up stakes and moved. Joseph took his family of 11 to Ashland, Ohio, in 1838. Isaac, born here in 1822, was 16 by then. Within two years, with his father’s help, he was running a saw and grist mill and had found a well-educated wife, Nancy Gardner.

From 1840 until 1850 Isaac and Nancy Roop lived a prosperous, peaceful existence and welcomed three children. As a youngster, Isaac never had much time for formal education, but under the tutelage of Nancy, he learned to read, write, and mastered what he needed for the multi-faceted life he would eventually lead.

Typhoid fever struck down Nancy in the spring of 1850. Grief-stricken, Isaac left his three young children with his parents and headed to California to join an older brother already living in the mountainous country in the northeastern corner of the state. His journey west included crossing the jungle-like terrain of Nicaragua with a pack mule and catching a boat on the Pacific Coast headed to San Francisco; that boat also carried the news that California had been granted statehood.

Isaac joined his older brother Josiah who had arrived in 1849 and the two men became business partners in the Shasta area, but not before Isaac had luck panning $4,000 in gold in just two weeks. The brothers became leaders of the area on the western slope of the Sierras – owning businesses, becoming politically active, and promoting the area’s growth. Things changed dramatically in 1853 when Josiah died on a trip East and the brothers’ fortunes were wiped out by a mammoth fire in the town of Shasta. After the fire, Isaac left Shasta for good.

That year he became “the first white claimant to any part of California East of the Sierra” with land in Honey Lake Valley. From 1853 until 1863 that land lay in a disputed area between California and what eventually became Nevada.  His biographer, James Thomas Butler, wrote, “Here in a valley wilderness, Isaac Roop would work, not only in an effort to recoup his fortune, but to revive his lagging spirits. The valley and the town which grew up about his settlement would come to be his greatest love.”

Those 10 years of building a new community included settling disputes with Native American tribes, helping struggling immigrants at his trading post, and many political dealings. He brought his oldest child, Susan, from Ohio and named the town Susanville after her. From 1859 until 1861 he served as the first provisional governor of the territory of Nevada which was carved out of western Utah. However, the 1863 final survey of the California-Nevada boundary determined that Susanville and his Honey Lake settlement lay within eastern California, not Nevada as he hoped.

For the last few years of his life, Isaac resided in Susanville as its “senior citizen,” and he died there in 1869 at age 47. While his efforts to have his settlement east of the Sierras become part of Nevada failed, his portrait now hangs in the Nevada statehouse in Carson City.

A copy of Butler’s biography of Isaac Roop can be found at the Historical Society of Carroll County as well as for sale on Amazon. It includes more fascinating details than could possibly be covered here. 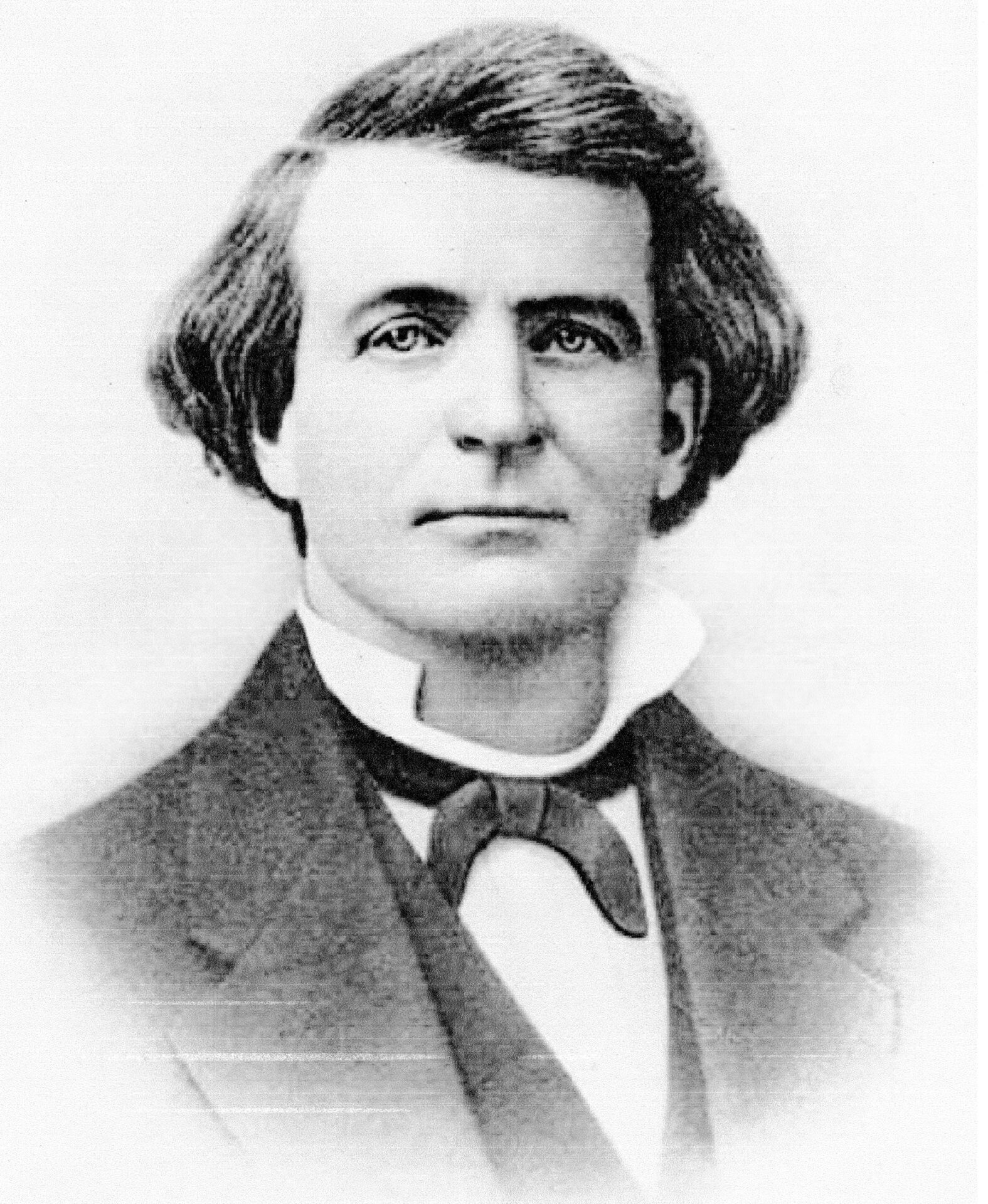 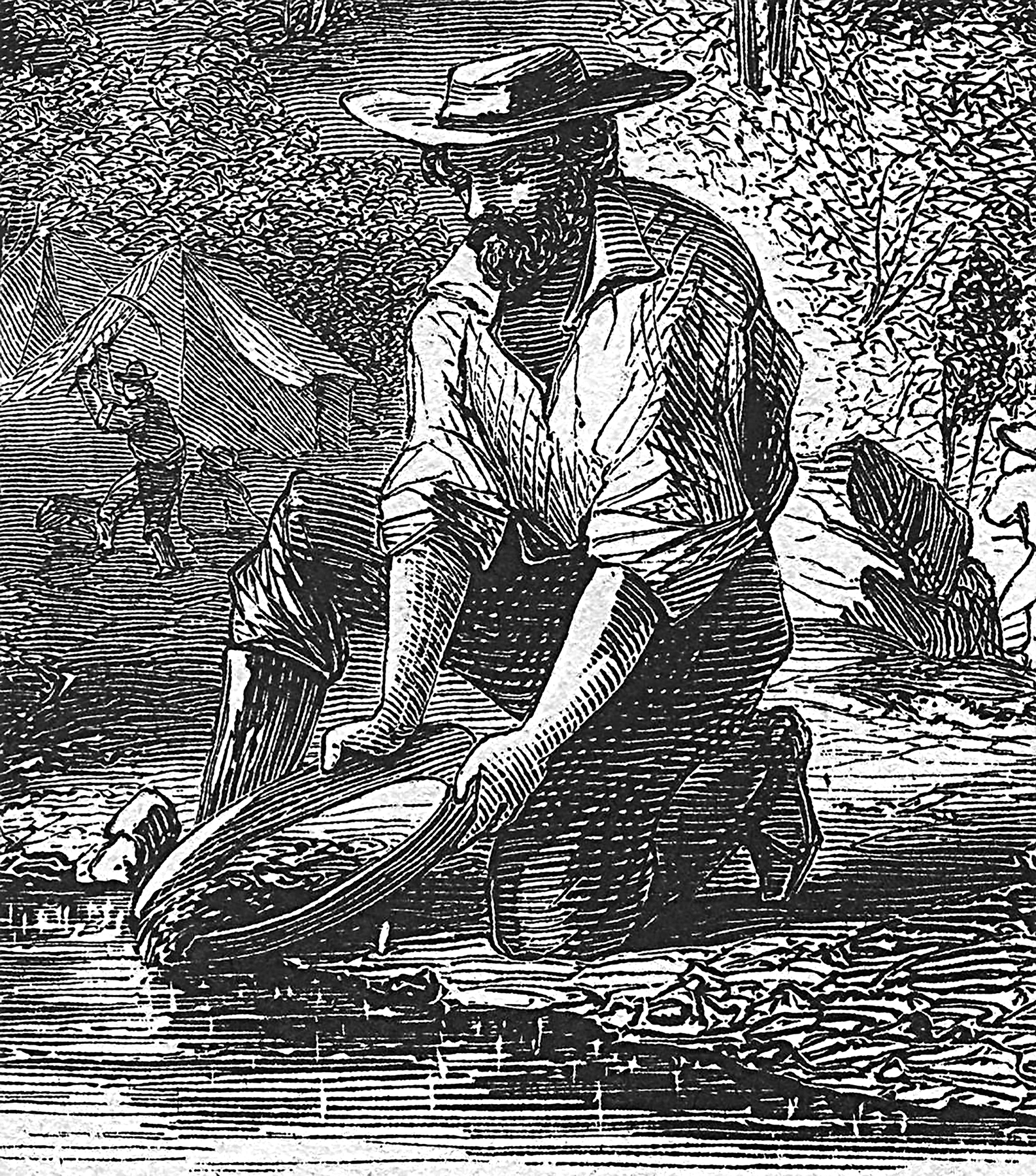 Image 2 caption – Isaac Roop began his life in California in 1850. While his effort to pan gold netted $4,000 in a two-week span, establishing a settlement on the northeastern slope of the Sierras kept him there from 1850 until his death in 1869. 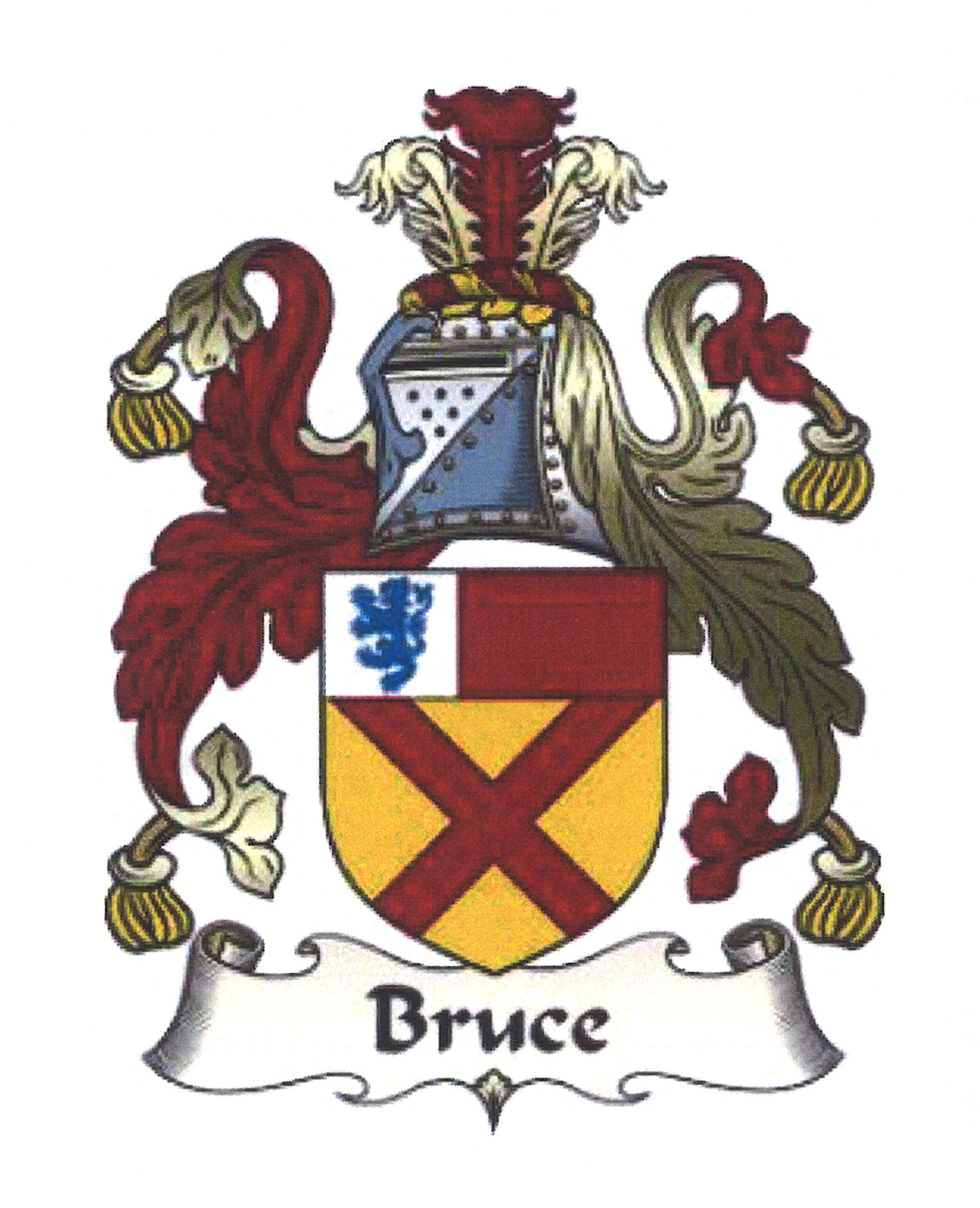 Image 3 caption – Coat-of-arms of Scotland’s famous Bruce family that originated with a Norman knight who arrived in 1066 with William the Conqueror.