Sauble’s Once Popular for Dining

A drive from Taneytown to Emmitsburg takes you past a large complex of buildings at the corner of Harney Road and Rte. 140 – a place you can’t miss because of its size and distinct yellow color.  Be sure to look twice because you’re passing a Carroll County landmark!  Although it closed in 1943, many senior citizens still remember it as the site of the famous Sauble’s Inn which, like Baugher’s Restaurant today, was a dining destination for people from across the state.

Louella Harner, a granddaughter of George and Irene Sauble who ran the inn for twenty-five years, recalls the family-style meal she and other young waitresses served – fried chicken with mashed potatoes and gravy, corn, lima beans, peas, sliced tomatoes, candied sweet potatoes, cole slaw, candied apples, cottage cheese and apple butter, fruit salad, chicken salad, sauerkraut, three kinds of cake, three flavors of ice cream plus beverages.  Almost everything was grown or made by the family.  Fresh asparagus was added in the spring and peach ice cream was a favorite in the summer.

The Inn served dinner to the public on Sundays and daily to summer boarders.  In the beginning, the Saubles were only preparing extra meals for friends and relatives of their boarders, but word of their delicious cooking quickly spread and the restaurant business took off.  One Mother’s Day they served 1,000 dinners, and battled a fire in a kitchen stove at the same time!  An old Sauble’s Inn matchbook advertised banquets could be arranged for a minimum of 25 people at $1.25 per person.  An overnight stay at the Inn plus three meals cost $3.50.

Waitresses found the work demanding and receiving a $1.00 tip was a rare event in those days.  They risked the wrath of local ministers who weren’t very pleased that their young parishioners were breaking the Sabbath.  However, this was a wonderful way to earn extra money during the Depression.  Bernice Devilbiss Study, a waitress during that period, could afford to buy a cow with the wages and tips she received.  Mrs. Harner, as part of the Sauble family, began by drying dishes and eventually became a waitress, but also helped behind the scenes killing and cleaning chickens.

Dinners cost seventy-five cents when the restaurant business began in 1918, but the price slowly rose to $2.75 and the Saubles were afraid they might need to charge more in 1943 due to problems associated with the war.  To avoid that prospect, and because they felt they were getting too old for such strenuous work, they closed the Inn’s doors.  The property has stayed in the family, however; there are now six apartments in the huge old house, and a great-grandson farms the surrounding land.

The original 14-room brick house was built by Ruliff and Abigaile Crapster on the western edge of Taneytown toward the end of the eighteenth century and named “Locust Grove.” A very early toll road between Westminster and Emmitsburg ran past its front door; Harney Road, at the side door, was the best route to Gettysburg.  Taneytown was flourishing during this period – a natural stopping place for travelers between York, Pennsylvania and Frederick, Maryland or those heading west.

During the early nineteenth century, Crapster descendants operated Locust Grove as a tavern and stagecoach inn, but it eventually passed to the Swope family.  Just before the Battle of Gettysburg, many Union soldiers camped on the grounds; afterward, Dr. Samuel Swope cared for some of the wounded.  The Saubles purchased the large property from Edward Reindollar in 1912 and began making much-needed repairs.  They advertised for their first boarders in 1918…and the rest is history. 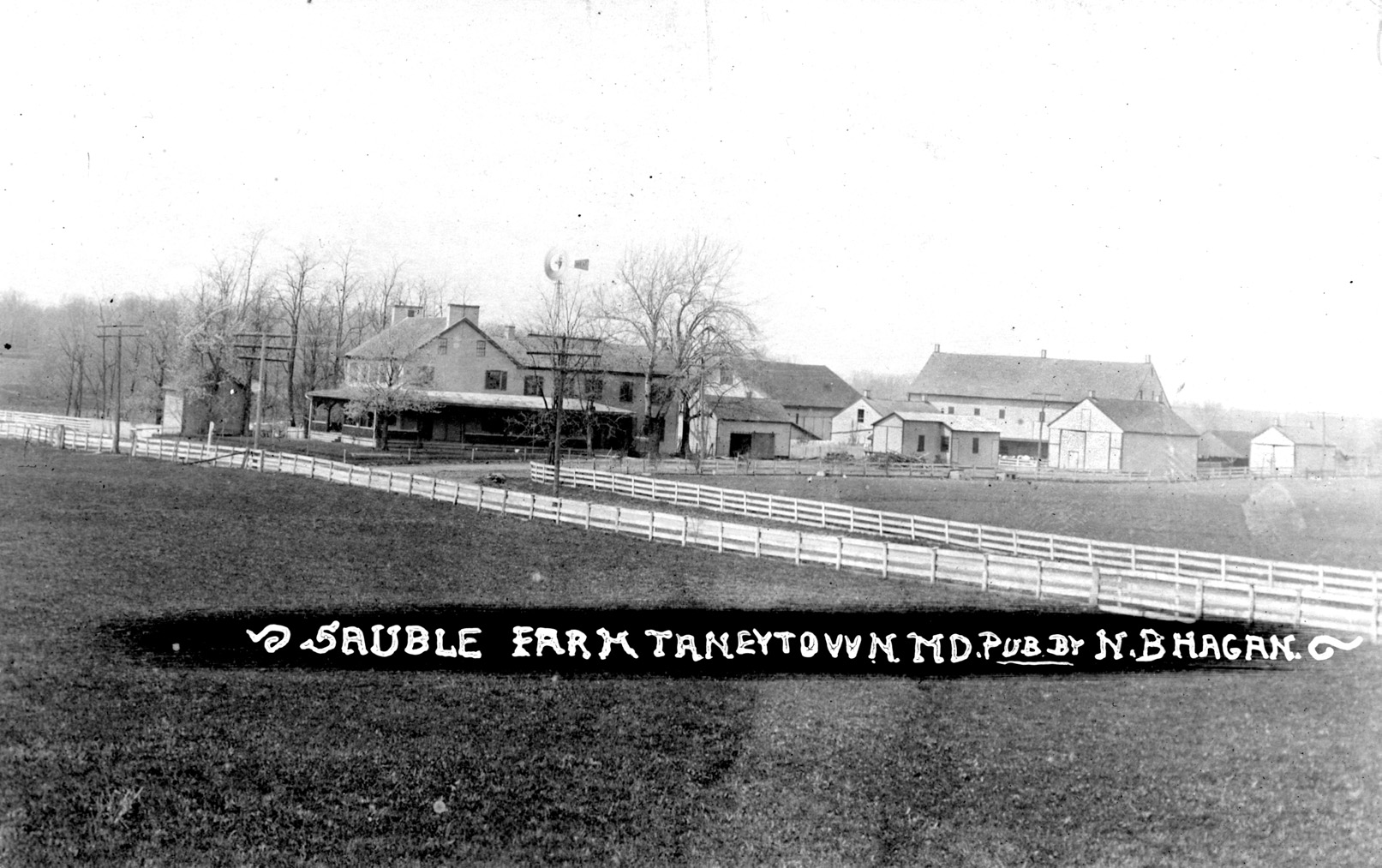