28 September 2008 – Governor from Carroll had Connections

28 September 2008 – Governor from Carroll had Connections

Governor from Carroll had Connections

Frank Brown was Maryland’s only governor to come from Carroll County – and he was truly a native son, not a transplant who settled here as an adult.  We don’t talk about him much.  There are no highways named after him (like Richie), nor cities (like Bowie) nor other places or things to remind us of his tenure in office.  Perhaps a common surname like Brown would be forgotten anyway, but he is figure worth remembering.

He was born in 1846 on a large estate his father owned in the Sykesville area called “Brown’s Inheritance”.  There seems to have been a silver spoon in his mouth because his uncle by marriage was the very wealthy George Patterson, owner of the huge estate known as “Springfield” which adjoined “Brown’s Inheritance.”  And he was also related to Betsy Patterson…THE Betsy Patterson who eloped with Jerome Bonaparte, Napoleon’s brother.  Frank Brown’s “inheritance” was highly unusual for a Carroll County boy!

After attending schools in Baltimore, Frank was put in charge of a family farm at the age of eighteen.  His father was a noted agriculturalist, one of the founders of the Maryland Agricultural Society and a minor political figure.  Frank pursued farming with vigor as a young man, and particularly enjoyed horses; he owned more than 40 at one point.  But in his late twenties, his enthusiasm for politics began to overshadow his interest in agriculture.  He was elected to the Maryland House of Delegates in 1875 and re-elected in 1878.

In 1879, this wealthy and handsome young man married the wealthy and beautiful Mary Preston, nee Ridgely, descendant of a Maryland governor.  The young couple had two children and settled into Baltimore’s social life during the winter while spending their summers in Sykesville.  Frank inherited both his father’s property and George Patterson’s huge estate, Springfield, becoming responsible for management of several thousand acres of farmland as well as a great deal of livestock.  In 1881, he was named president of the Maryland Agricultural and Mechanical Association.

Frank’s early years spent in the state legislature were not enough to satisfy his political ambition.  During Grover Cleveland’s campaign for the presidency in 1884, he became an enthusiastic and influential supporter.  Upon Cleveland’s election, the grateful president bestowed the position of Postmaster of Baltimore City upon his friend, Frank Brown.  As postmaster, Brown instituted a number of reforms, introduced a “package box” which was adopted across the entire country, and supervised construction of a new post office building for the city.

In 1887, he made his first bid for governor at the age of 41; although unsuccessful, he was determined that he would not fail four years later…and he didn’t.   He received strong backing for the 1891 election from farmers across the state because of his success in that field; but his previous experience in the legislature, his term as postmaster and his business acumen also recommended him to voters.

“Frank Brown was active and bold to a marked degree [while governor],” wrote one biographer.  He negotiated a non-violent settlement of a tense strike situation in the coal mining industry.  He arrived, sometimes unannounced, to personally inspect state institutions and observe how they were maintained.  He was the first governor to require Maryland banks to pay interest on deposits and he encouraged the legislature to pass an appropriation so Maryland would be represented at the Chicago World’s Fair of 1893.

After leaving office in 1896, Brown sold his immense Springfield property to the State of Maryland for construction of a much-needed second mental hospital.  He retired from public life and died in Baltimore in 1920. 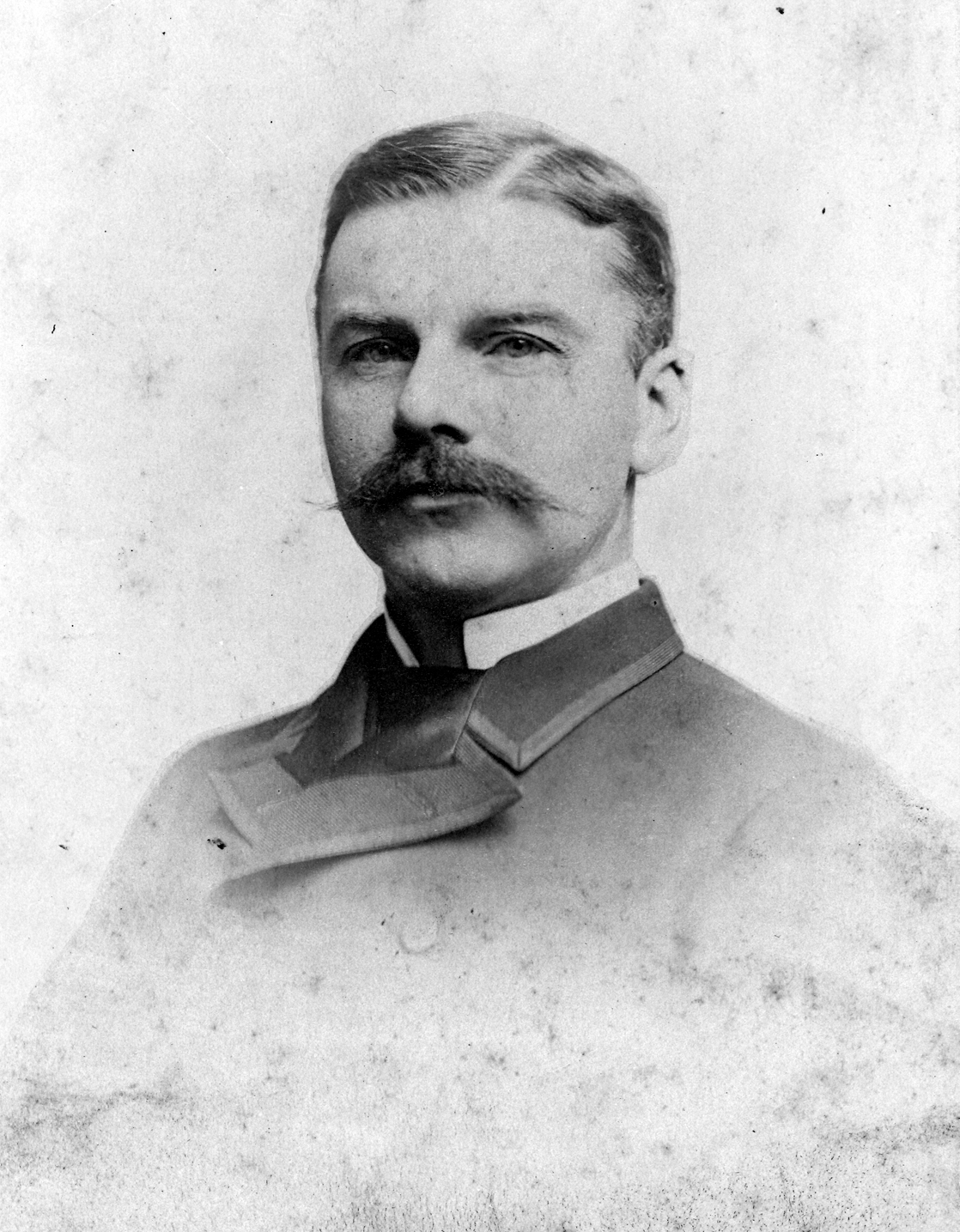 Photo caption: Portrait of Frank Brown, the only person from Carroll County to serve as governor of Maryland -1892-1896.  This undated photograph was probably taken when he was running for office.