Lots of fascinating Carroll County history is associated with Trevanion, the Italianate/Gothic house on Trevanion Road between Taneytown and Uniontown.  Look closely at the accompanying photo and you can see the traditional brick farmhouse hidden behind mid-nineteenth century additions.

Originally known as “Brick Mills,” the property now called “Trevanion” first belonged to the Kepharts, a family of millers and distillers, who began acquiring land in the 1790s.  David Kephart Jr. deserves the credit for building and running an extremely successful grist mill on Big Pipe Creek.  Whether the creek was running high or low, his well-designed mill could adapt to variations in its flow.  In 1817, David replaced the original family home with the one partially visible on the right side of the photo.  It was five bays (windows) wide and two bays deep, with a large ell on the back – constructed to David’s exacting standards.  At some point Peter, youngest of David’s children, constructed a cellar with an overlying icehouse on the property where he experimented with refrigeration techniques.  He eventually became a very successful developer of large and small systems for keeping perishable goods.  The complex of mill, house and outbuildings remained in the family until sold by George Kephart in 1854.

The next owner, William W. Dallas, transformed the farmhouse into the structure in our photograph -incorporating architectural styles popular in cosmopolitan areas of the 1850s but totally foreign to Carroll County.  He renamed the property “Trevanion,” a tribute to his Welsh ancestry.  Dallas was described as “suave as a Chesterfield, brave as a lion, generous as a prince…”  He had been educated at Yale and married an heiress.

Dallas built an elaborate new mill, although not one as successful as Kephart’s, and he was instrumental in extending the Western Maryland Railroad to Union Bridge.   The house became a social center, often filled to overflowing with prominent guests.  It ranked beside “Antrim” for its stunning architecture and the elaborate entertaining practiced by its owners

When Confederates passed through his area in 1862, Dallas joined them…but only briefly.  He deeded the house to his wife and spent most of the Civil War in Canada.  When he came back in 1865 he faced serious financial trouble.

Trevanion was sold that year to James Schultz for $36,000 but passed to the McFadden family of Philadelphia two years later for $40,000.  The new owners had the house repaired and repainted and lived there for three years, but eventually moved back to Philadelphia for most of each year.  With their departure, the house began a slow decline.  Over the next twenty-odd years, a succession of relatives, caretakers and tenants occupied the various buildings including the mill and the mansion house.  The mansion was restored in the 1880s by another generation of McFaddens who raised race horses there, but no one returned it to its glory days.  It has seen its ups and downs ever since.

Read more about Trevanion and see a photo of the house from the other side in The Carroll Record Histories of Northwestern Carroll County Communities available at the public library or for sale through the Historical Society of Carroll County. 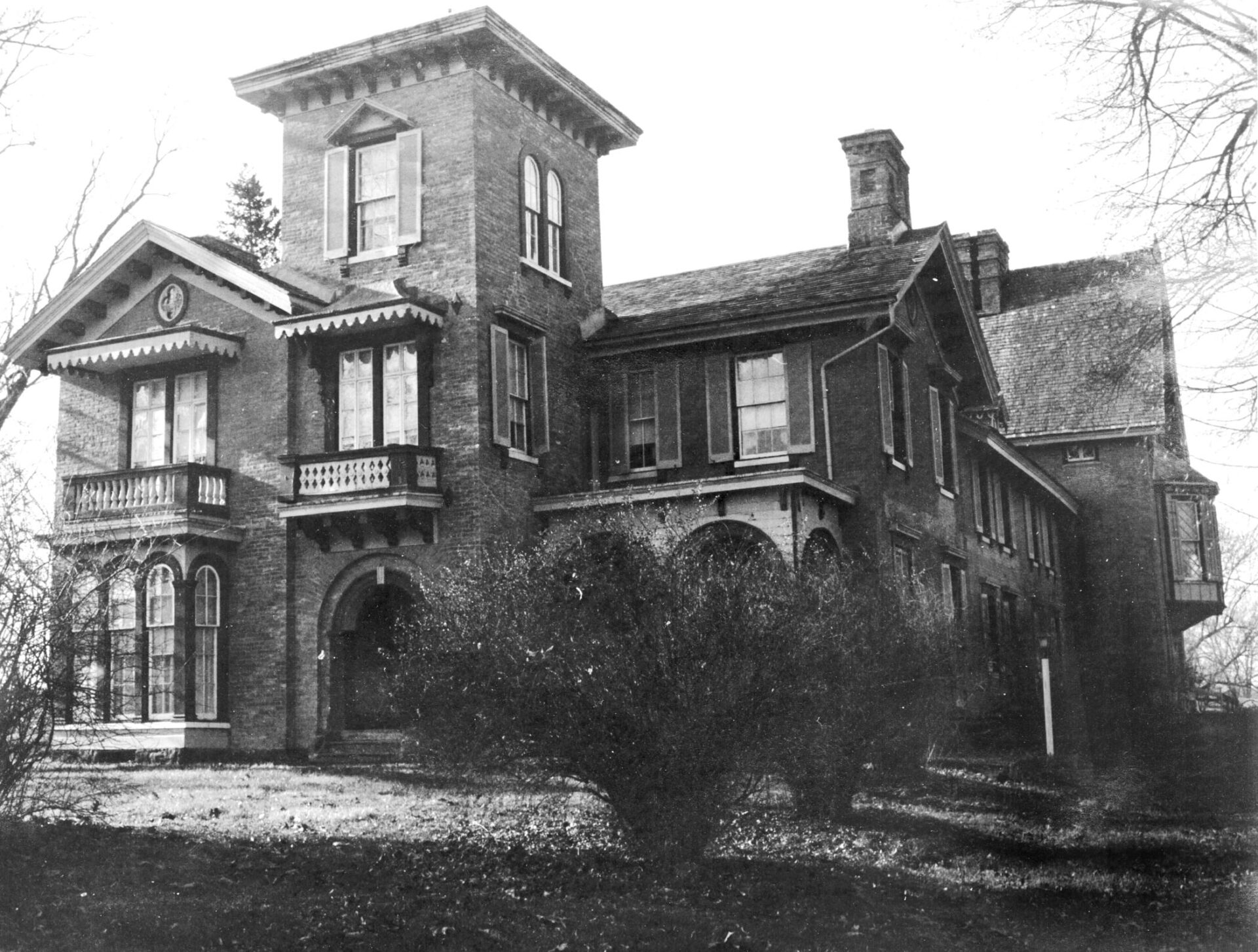