21 December 2008 – Belsnickling Once Popular in Area

21 December 2008 – Belsnickling Once Popular in Area

Belsnickling Once Popular in Area

Celebrations surrounding the winter solstice vary from religion to religion, country to country, community to community and even from one family to another.  A Christmas Eve tradition practiced in areas with a strong Pennsylvania German heritage like Carroll County was “belsnickling” or a visit from the “Belsnickel.”   Sadly, this is a tradition which seems to have disappeared from this area although it rings a bell in the minds of some people.  The Littlestown Area Historical Society recently decorated a window just off the “Square” in the center of Littlestown (1A South Queen St. – Route 97) to explain the custom, and it is well worth seeing if you drive through town during the holidays.

As practiced in this area, the tradition usually involved the visit of a single individual, the Belsnickel, dressed in rather bizarre, unkempt, often frightening attire.  He or she was thoroughly disguised, perhaps with a soot-blackened face, and carried a sack with treats but also a switch or whip, bells and/or chains.  Often, the Belsnickel was a relative or friend of the families being visited and knew quite a bit about the behavior of the children.  A rap on the window with the switch or a rattle of the bells or chains signaled the Belsnickel’s arrival after dark.

Upon entering the house, the Belsnickel questioned the children about their behavior during the course of the year and distributed treats to those who had been good, but doled out small punishments to those who had been bad.  It seems obvious that this holiday visitor left a very different impression in the minds of children than today’s jolly, kind-hearted Santa Claus!  The Belsnickel definitely was a scary figure.

“Belsnickling” was practiced on Christmas Eve by groups of people, frequently boys or young men, who dressed in grotesque disguises and went from house to house entertaining in hopes of receiving sweets and beverages.  It was very like the trick or treating associated with Halloween today.  While belsnickling seems to have occurred more often in urban areas, it was also done in rural ones.  The evening might end at someone’s home where disguises were taken off and everyone enjoyed a party with perhaps a bit too much hard cider.  Groups sometimes became very rowdy and belsnickling was banned in some communities.

We are sure that Carroll County saw its share of Belsnickels or belsnickling in the nineteenth century and perhaps well into the first half of the twentieth century.  The custom was commonly observed in York and Lancaster Counties as well as closer to Philadelphia and down the Shenandoah Valley of Virginia where Pennsylvania Germans migrated.  Variations were celebrated in parts of Canada, North Carolina, even a small area of Louisiana where Germans settled.

The origins of the Belsnickel apparently go back many centuries in Europe to celebrations surrounding the Feast of St. Nicholas on December 6th.  St. Nicholas was a gift-giver who was accompanied by a helper known as a “Belsnickel” or “Pelznickel” who dressed in furs.  The window in Littlestown portrays a Belsnickel dressed in a long fur coat, but that is just one of many possible interpretations.

How fascinating to study the evolution of traditions observed during the Christmas season – from activities on December 6th to those on December 24th – from a solitary, frightening Belsnickel to a merry band of carolers – from dressing in frightening clothes to dressing in Santa suits!

If you have recollections of a Belsnickel or of belsnickling, we’d love to hear from you.  The custom had many variations and we would like to know more about what people in Carroll County did.  Please email the Historical Society of Carroll County at hscc@carr.org.

Photo credit: Collection of the Historical Society of Carroll County. 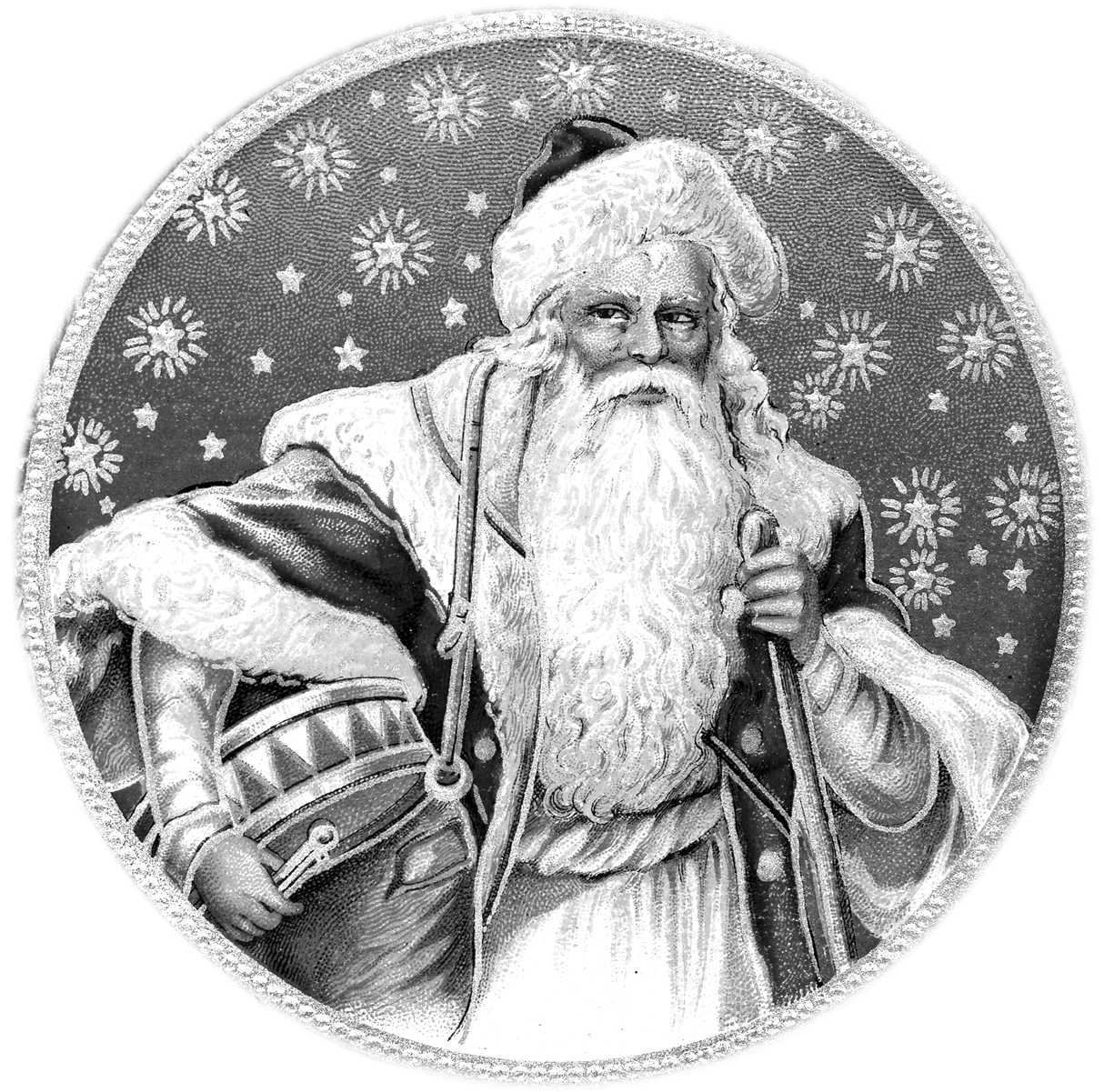