Although Taneytown had a relatively significant population of free African Americans at the time of the Civil War, the only churches serving blacks were white ones. Of the seven Civil War soldiers currently identified from the Taneytown area, five were buried at St. Joseph’s and one at Trinity Lutheran Cemetery. The seventh soldier was killed in battle and his body not returned home.

St. Joseph Roman Catholic Church has a long history of serving the local black community. In the late 19th century, when schools for black children in Carroll County were few, far between, and often closed because there were too few pupils to operate, St. Joseph on Frederick Street offered an education. Black children were taught before and after the regular classes which white students attended. Black families attended the church and their dead were buried in the large cemetery surrounding it. Information about attendance of African Americans at other Taneytown churches is not known.

The Miller Grand Army of the Republic (G.A.R.) Post existed for no more than five years in Taneytown in the 1880s and served white veterans only. If black veterans wanted to participate in G.A.R. social and political activities they likely joined the Thaddeus Stevens Post located in New Windsor, a significant distance away. The racial segregation in Taneytown during this period was typical of other parts of Carroll County and Maryland in general.

The following are brief biographies of the five black soldiers thought to be buried in St. Joseph Roman Catholic Cemetery. The information comes from several sources including the 1890 Veterans Census, military records, and articles published in The Carroll Record; a Taneytown newspaper founded in 1894. Marriages between members of Taneytown’s black families also made it easier to research several of the soldiers.

Private John L. Coates/Coats: In the 1850 census John L., age 9, is living with his father John, mother Henrietta, and several siblings in the Taneytown area. By the 1860 census, John L. would have been approximately nineteen but he doesn’t appear in the household. James A. Coats, age 21, does appear. Both John L. and James A. are supposed to have served in the war but almost nothing can be found about them. A newspaper article says James A., a sergeant, died in battle around Petersburg, Virginia. That would have been in 1864. John L. returned home and died some years later. He probably was buried at St. Joseph’s but no headstone exists today. During the ceremony on February 15 a wreath was placed on the grave of John Coats (1815-1882), father of the two young men who fought for their country.

Private John Wesley Cook, Co. D, 2nd U.S. Colored Cavalry: John Cook was born in Taneytown in 1820. He enlisted in the Union Army on March 17, 1865, for one year and mustered out at Brazos, Santiago, Texas, on February 12, 1866. His obituary appeared in The Carroll Record on April 19, 1902. A wreath was placed on his grave by a descendant who attended the ceremony. The United States Colored Cavalry evolved into the famous Buffalo Soldiers, infantry and cavalry units that fought Native American tribes and protected settlers on America’s frontier for about 30 years after the war. The performance of black troops during the Civil War had convinced the U.S. government to incorporate black regiments into its regular peacetime army.

Private Randolph Frealing, Co. C., 30th United States Colored Troops (U.S.C.T.): Randolph Frealing was born in Taneytown about 1832. There appears to be confusion about the spelling of his name in military records making it hard to trace him. According to History and Roster of Maryland Volunteers, Randolph “Tailing” enlisted May 27, 1864, and mustered out December 10, 1865. The Carroll Record of May 19, 1906, reported Randolph’s death along with his military service. No headstone exists at St. Joseph’s for Frealing so no wreath could be placed on his grave, but Josephine Frealing, likely his daughter, is buried not far from the grave of John Coats.

Private C. David Hill, Co. D, 2nd U.S. Colored Cavalry: C. David Hill enlisted March 17, 1865, for one year at age 26. He was mustered out at Brazos, Santiago, Texas. No grave marker for C. David Hill was found, but members of the Hill family have attended St. Joseph’s for well over a century.

Private Caleb Johnson, Co. D, 2nd U.S. Colored Cavalry: Born in Howard County, Maryland, Caleb Johnson enlisted on March 17, 1865, at age 23 to serve for one year. He was discharged for medical reasons from the Corps d’Afrique U.S.A. General Hospital in New Orleans because he was incapable of performing the duties of a soldier. From the beginning of his service Caleb dealt with serious health issues like scurvy and rheumatism. In 1873, he died from consumption (tuberculosis) while residing in Taneytown. Privates Johnson, Hill, and Cook were no longer part of the Colored Cavalry when it began military operations across the American West.

Trinity Lutheran Cemetery is the burial place of Private William E. Bivens/Bivans, Co. H, 39th U.S.C.T. Bivens enlisted on March 1, 1864, at age 24 and left the service on December 4, 1865, in Wilmington, North Carolina. Born in Baltimore, he apparently lived there until he appeared in Taneytown in the 1880 census with his wife, Henrietta, and four children. In spite of being a sailor while in Baltimore, he served in an infantry regiment during the war. After his wife Henrietta died in 1899, he married a Miss Coats. His exact date of death is unknown, but it occurred after 1911.

It should be noted that over 180,000 African Americans served in the Union Army during the Civil War and approximately 20,000 black sailors served in the Union Navy, making up a large portion of the ships’ crews. Black soldiers served in forty major battles and hundreds of minor skirmishes; sixteen African Americans received the Medal of Honor. Carroll County was well-represented in both black infantry and cavalry regiments and black soldiers are buried in a number of other cemeteries in the county.

Thank you to the Mayor and City Council of Taneytown for recognizing Taneytown’s African Americans who were willing to sacrifice their lives for freedom. 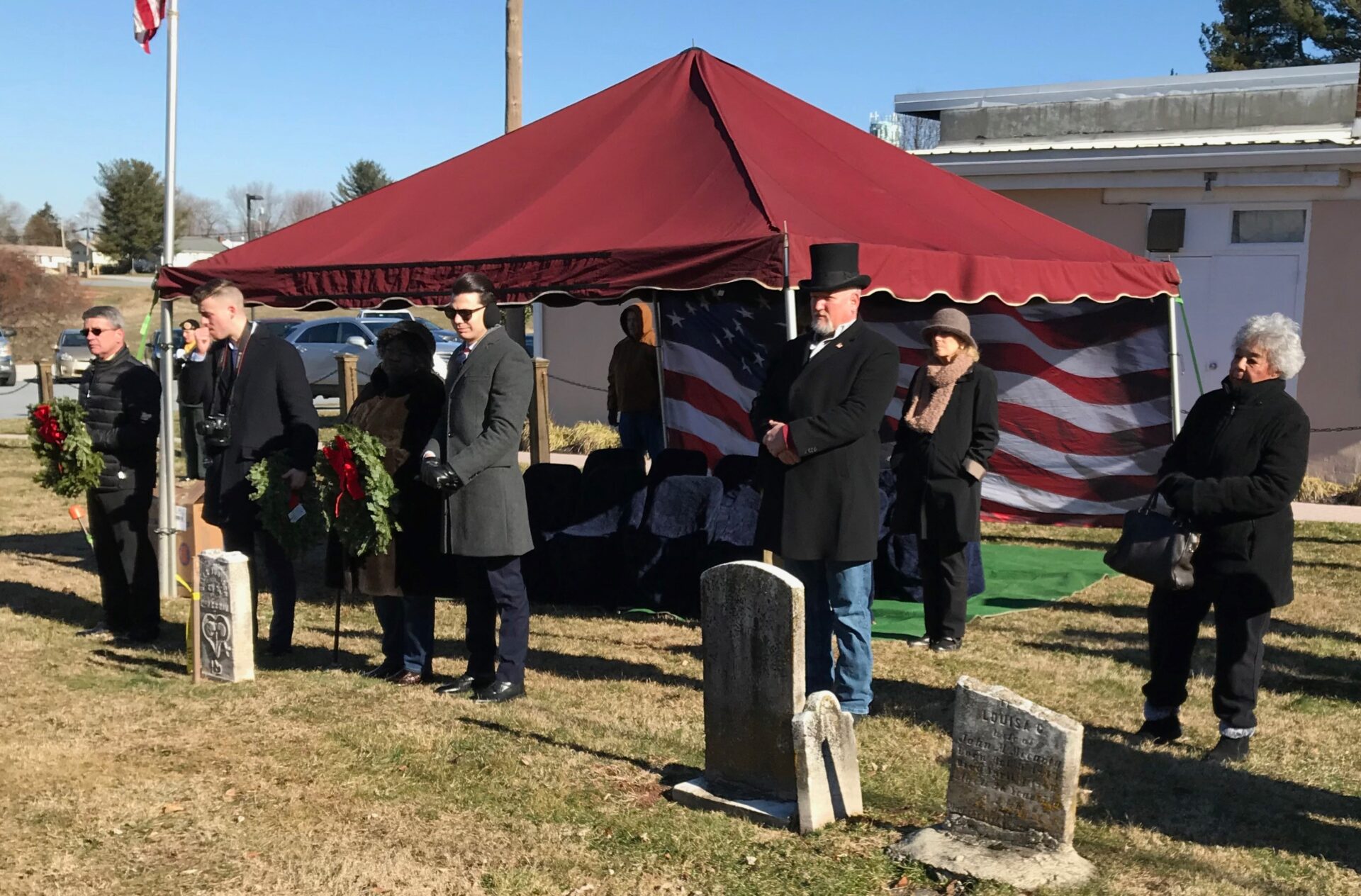 Photo Caption 1: The Mayor, Council Members, and guests gather prior to the laying of the wreaths on Feb. 15 at St. Joseph Roman Catholic Cemetery on Frederick Street in Taneytown. 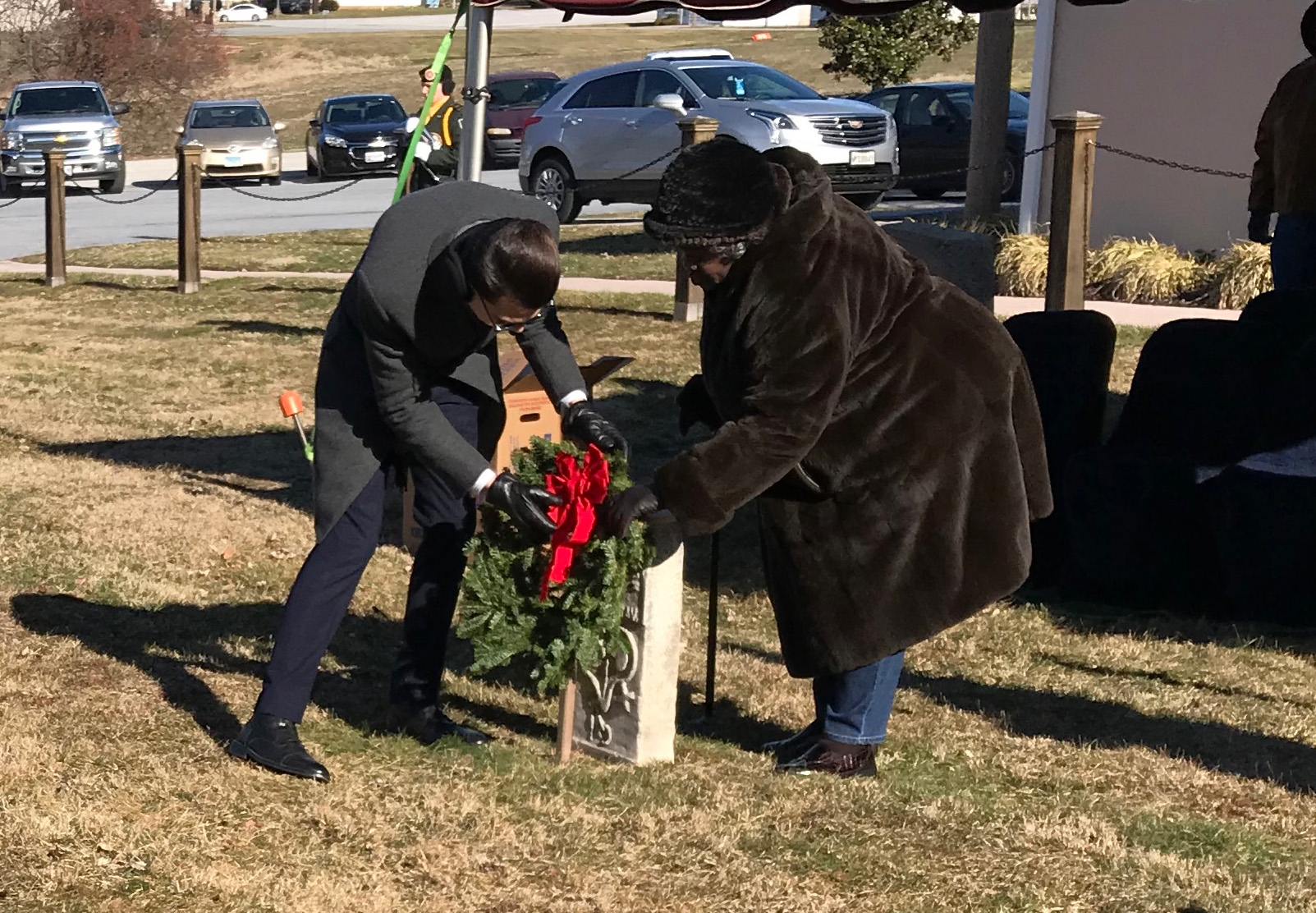 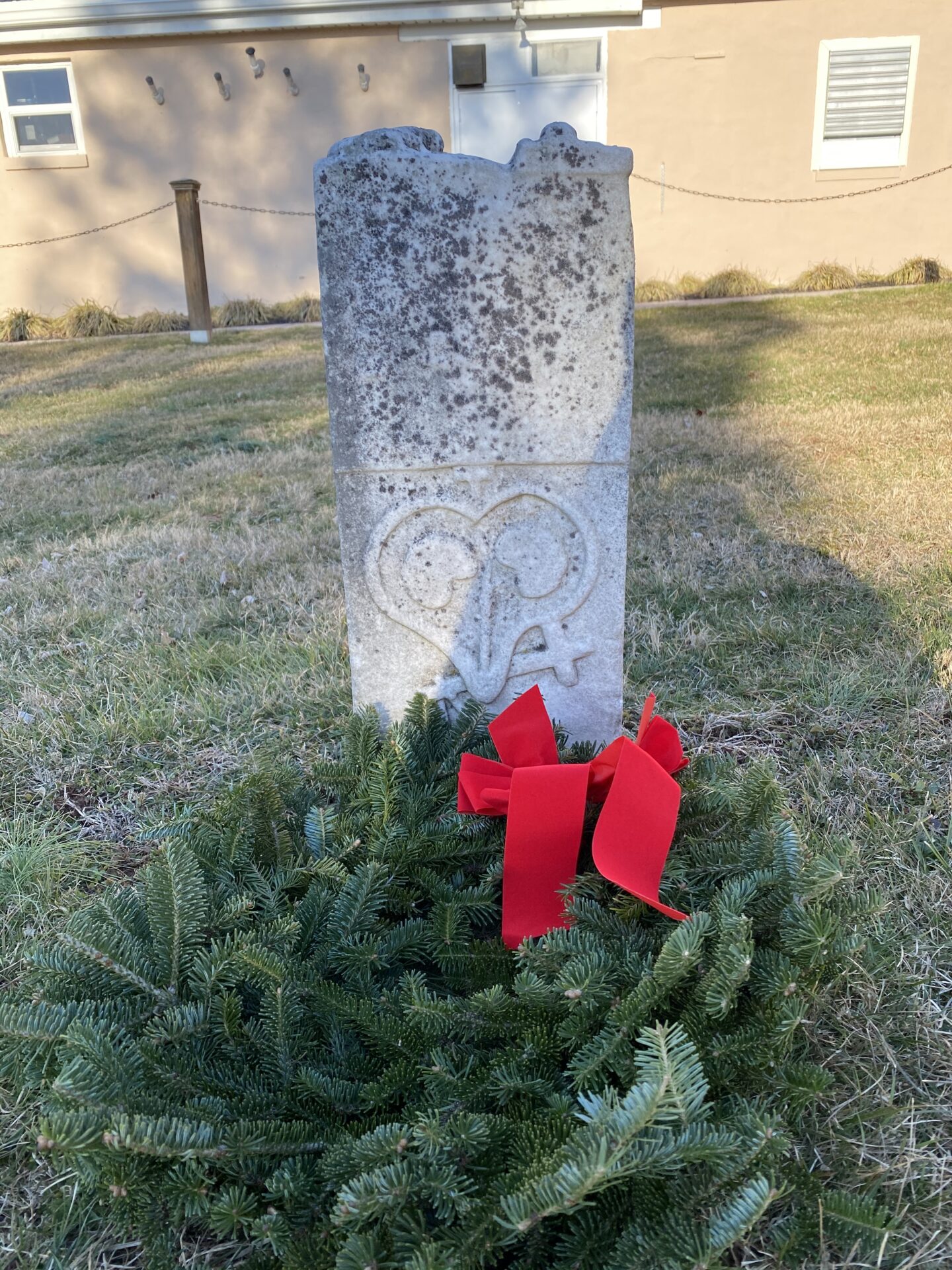 Photo Caption 3: The grave site of Caleb Johnson is marked with a wreath from the tribute Feb. 15.