For seven years in the 1990s, Carroll County was lucky to have architectural historian Ken Short working as its “historic planner.”  His job, funded by the Maryland Historic Trust, involved recording the County’s old houses, barns, and other structures – the kinds of places which add character to our landscape and illuminate our past.  Unfortunately, in 1998, his position was eliminated.  Now other people must step up to the plate to save (or document for posterity) the County’s endangered properties.

George and Ann Horvath are Eldersburg residents who care deeply about keeping Carroll’s history alive and are actively involved in organizations with that mission.  Holy Trinity Cemetery, an Episcopal burying ground in Eldersburg dating to the eighteenth century, is one of their favorite projects.  When their friend Jim Purman moved away, they became instrumental in ensuring that the cemetery Jim had “rescued from oblivion” would be maintained for generations to come.

Ann is a Carroll native with roots going way back.  Many years ago, members of her family were tenant farmers at “The Elms,” a large estate along the North Branch of the Patapsco River just east of Finksburg.  When Liberty Reservoir filled the Patapsco Valley, most traces of the property disappeared.  Some “sleuthing” in the area revealed a path near the water’s edge you would assume was made by fishermen, but Ann recognized it as the remains of a road once leading to “The Elms.”  It is small discoveries like this which create a better understanding of past landscapes.

Both Horvaths have also spent untold hours volunteering at Sykesville’s Gate House Museum of History.  As they interact with visitors there or with people at community events like spaghetti suppers, peach festivals, and all kinds of meetings, they listen for stories about Carroll’s past.  Then, armed with a camera and curiosity, they follow the leads.  As a result, they have accumulated a tremendous amount of local history in their heads and file cabinets.

They took the accompanying photograph and many others several years ago when they learned of a building being dismantled in Finksburg.  It was a place people from the area remember as Sam Peltzer’s barber shop.  Until the dismantling began, few were probably aware it was built of logs, and fewer still suspected another aspect of its history.  Once upon a time it served as a toll house on the Westminster-Reisterstown Turnpike, a road laid out more than two hundred years ago.  The 1862 Martenet map of Carroll County pinpoints the spot; the present road beside the house was part of the turnpike and unpaved in those days.

In the picture, what appears to be a boarded-up door facing the road wasn’t a door at all.  Underneath the boards lay a small window – the one from which the toll keeper stretched out his arm to collect the money you owed.  There would have been a sign nearby indicating the charges for traveling singly on horseback, driving a wagon or stagecoach, or herding sheep, cattle or other livestock.

We miss Ken Short, but are grateful to residents like the Horvaths who continue the work he did. 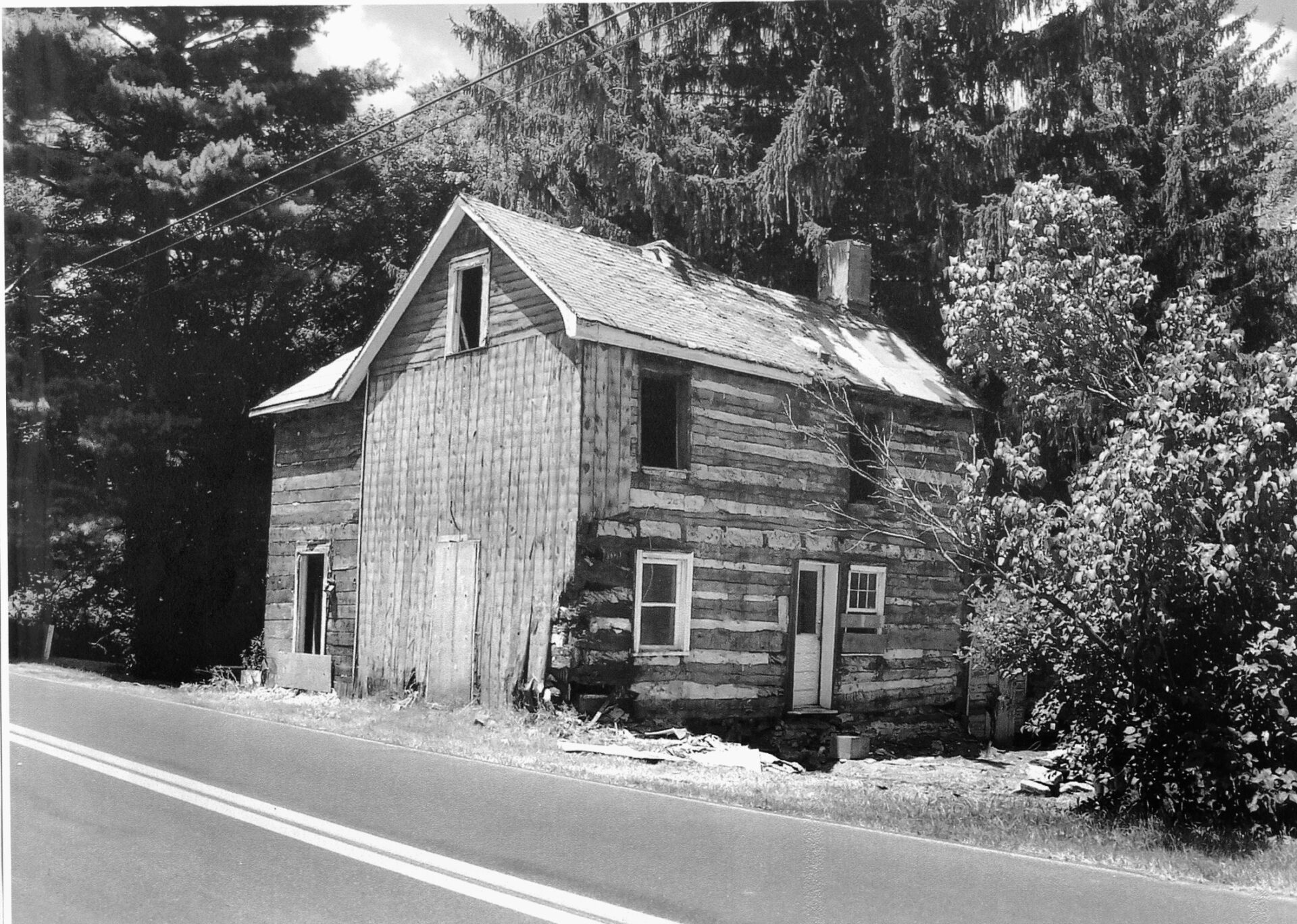 Photo caption:  This log building, located slightly off Route 140 in Finksburg, was once a toll house on the Westminster-Reisterstown Turnpike.  It was completely dismantled several years ago, but interior and exterior photos preserve this lost piece of Carroll’s history.