“You’ve come a long way, baby.”  This slogan from a 1960s cigarette advertisement can be applied in so many ways, and certainly to the development of roads in Carroll County.

From the sprinkling of dirt tracks crossing the county and maintained by individuals during the 1700s to today’s complex of paved roads under the aegis of the county or the State Highway Administration, we have certainly made huge strides.  Turnpikes, which became popular in the 1800s, were an improvement over earlier roads, but not always, and they were only constructed along major routes.  Users had to pay a toll, which was especially irksome when the road was in poor condition, which was often.  It is hard to believe that a few local turnpikes were still in existence at the beginning of the twentieth century when Maryland’s State Highway Administration was finally established.  Paving roads was a major political issue in those years at the state and county level.

Take a look at the two accompanying maps recently discovered at the Historical Society.  They take us back almost a hundred years in terms of the county road system.   You’ll notice that neither Liberty Road (Maryland Route 26), nor Ridge Road (Maryland Route 27) was paved in 1920.  And these maps don’t convey how narrow, bumpy, or winding some of the main roads still were in comparison to today. 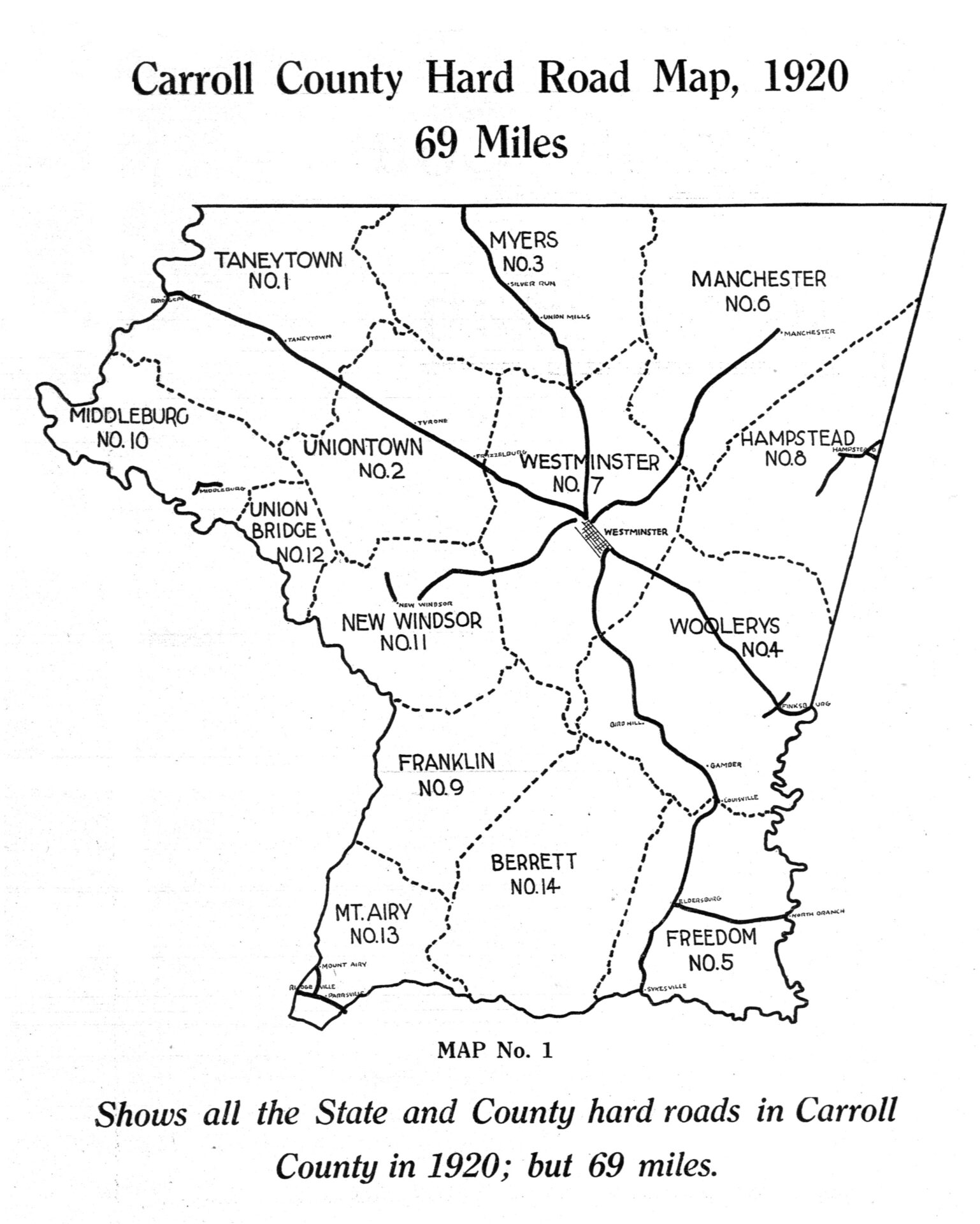 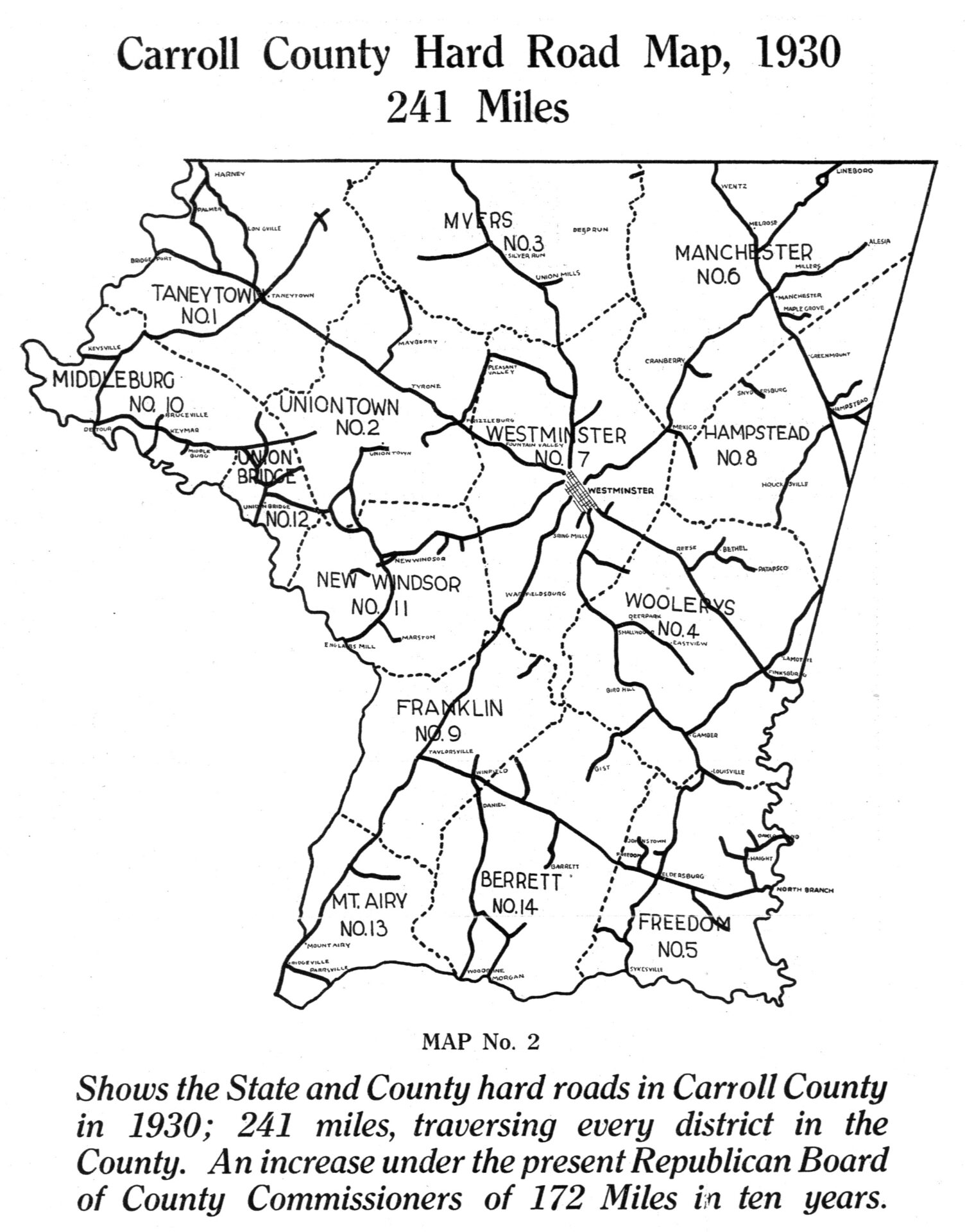 Image caption:  Carroll County’s Republican Board of County Commissioners used these maps to illustrate the improvements they had made in the County’s road system during their tenure in office between 1920 and 1930.