Driving east along Liberty Road in Eldersburg, passing one strip mall or shopping center after another, you hardly expect to find an eighteenth-century home hidden just off the highway.  But there stands Branton Manor, a stone’s throw across from the cemetery known as Lakeview Memorial Park.

John Baptiste Snowden, a native of the Eastern Shore, acquired land there and built the first part of his house about 1766 in the architectural style of early Tidewater Maryland – one and a half stories high with a center chimney and a low, sloping roof that created a porch.  If you’ve seen the house where Gypsy’s Tea Room operates near the Carroll County Farm Museum, it’s another example of Tidewater architecture.  Both buildings are among the earliest in this county.

Snowden and his wife had a son and daughter.  Son Francis added hundreds of acres of land to his father’s original holdings and enlarged the house as well.  An addition on the west end, also from the 1700s, was built in a German style, and the tall, narrow, central portion was built in the Federal style early in the 1800s.  The 82-foot-long house is made of stone covered with stucco and just one room deep.

Before Liberty Road was relocated slightly north, Branton stood on the main east-west travel route between Baltimore and Libertytown, a good site for several generations of Snowdens who could easily ship their produce to market.  There are rumors it was once an inn.  Certainly it occupied a prime spot.  After driving a heavily-loaded westbound wagon down the steep east slope of the Patapsco Valley, crossing the North Branch of that river, and climbing back up the west slope, you and your horses might have been eager to find a stopping point somewhere in the Eldersburg area.  About a mile further west stood the popular Welch’s Tavern.

In 1825, Branton and a sizeable amount of land passed into the hands of the wealthy Hollingsworth/Ireland family who held it until 1858.  An interesting advertisement appeared in the Carroll County Democrat that year.  At 9 a.m. on May 5, 1858, Jesse Hollingsworth was selling real and personal property including 182 acres of land, the manor house, barn, milk house, smoke house, a summer kitchen and quarters for servants, stables and carriage house, school house, plus two orchards, 10 acres of wheat, 3 mill sites, 6 work horses, 4 cows, and assorted other livestock.  In other words, everything connected with Branton was on the market, including eight slaves for life.

Things at Branton appear to have gone downhill from that point, and by the 1930s the house was in bad shape, although the various tenant families who occupied it hadn’t done serious damage to the interior.  It was acquired by William Marfield who began restoration work – removing a tree several inches in diameter which was growing out through a cellar window and shoring up a sagging wall.  Eventually, Jeannie Marfield and her daughter turned Branton Manor into a restaurant, advertising “fine food and century-old hospitality.”

Today Branton Manor is a private home on the National Register of Historic Places. 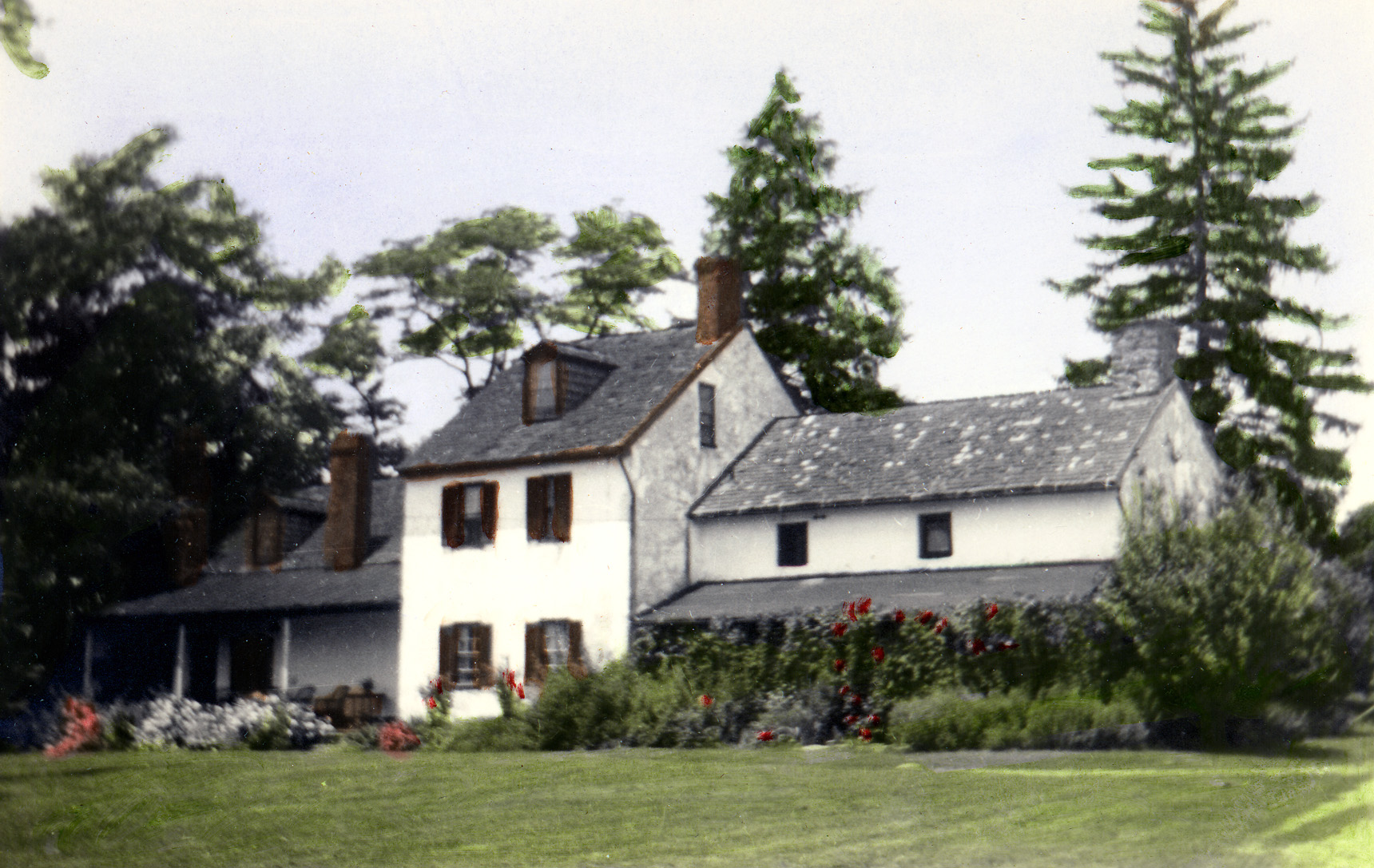 Photo caption:  Branton Manor, located just east of Eldersburg, is a fascinating mix of architectural styles with the oldest portion (ca. 1766) built in the manner of many early Tidewater Maryland homes.  It was added to the National Register of Historic Places in 1978.