Meandering slowly past the former Dielman Inn at the south end of Main Street in New Windsor is like a trip back in time.   More than a century ago, the highly successful hostelry catered to visitors from Baltimore, Washington and Philadelphia who came, sometimes with a servant, for a relaxing vacation far from the East Coast’s dirty, sweltering cities.  Today you can picture wasp-waisted ladies in blouses with leg-of-mutton sleeves sitting on the Inn’s porches beside their bearded, pipe-smoking spouses.  Lovely old trees still shade the Inn’s abandoned porches.

Louis William Dielman, a German immigrant who once taught music at New Windsor’s Calvert College, bought the inn in 1864 and operated it for roughly forty years before turning it over to his two daughters who ran it until 1927.  A newspaper of 1910 reported, “The courteous hospitality for which Maryland enjoys unequalled fame pervades the atmosphere and the guest who has sojourned here never misses an opportunity to return.  For thirty years guests have returned annually, some families numbering four generations.”

Dielman, with the help of fun-loving guests, enjoyed organizing skits, tableaux and other kinds of entertainment.   His musical evenings were famous.  Carroll newspapers of the 1880s frequently reported the names of new arrivals and described the delightful activities visitors enjoyed after supper.  The inn was well-known for the gentility of its clientele.

With forty rooms which were usually occupied, Dielman’s establishment must have contributed significantly to the New Windsor economy from summer until late in the fall.  Area farmers probably supplied the large quantities of food needed to feed guests, and many local inhabitants found employment preparing and serving meals or otherwise helping run such a sizeable place.

How guests occupied their daylight hours isn’t mentioned in local papers but you can make some educated guesses.  Cards and croquet were distinct possibilities; riding through the countryside on high-wheeled bicycles was a likely option; a stroll to buy ice cream on a hot afternoon might occupy an hour; rental of a horse and carriage could be arranged; and practicing for the evening’s entertainment certainly would have been fun.  Something tells me that many a summertime romance began at this very “proper” vacation spot.  Because guests returned year after year, they obviously enjoyed what the Dielman Inn offered.

About ten years ago, I stayed at a similar inn on an island off the coast of Maine.  I arrived the last week of September, just before it closed for the season because there was no heat other than a huge fireplace in the parlor on the ground floor.  The rooms were plainly furnished; windows brought in fresh Atlantic breezes; old-fashioned iron beds came with plenty of blankets; and a throw rug kept your feet from immediately hitting the cold wood floor when climbing out of bed…but it was wonderful, even without any entertainment.  The Dielman Inn probably provided similar furnishings, but threw in fun-filled evenings and much warmer breezes!

Although the inn closed in 1927, it remained in the family.  Louis H. Dielman, son of Louis William and a highly respected historian, owned it, but rented out a wing to Robert and Julia Cairns beginning in the 1940s.  In 1959, the Cairns purchased the property from him and Julia operated the Boxwood Antique Shop there for a long time.  Her wonderful collection of historic Carroll County objects and photographs filled many rooms.

The Inn has seen better days, but it continues to be a delightful reminder of New Windsor’s heyday as a resort town offering health-giving water from its sulfur spring and delightful entertainment by a talented musician/innkeeper. 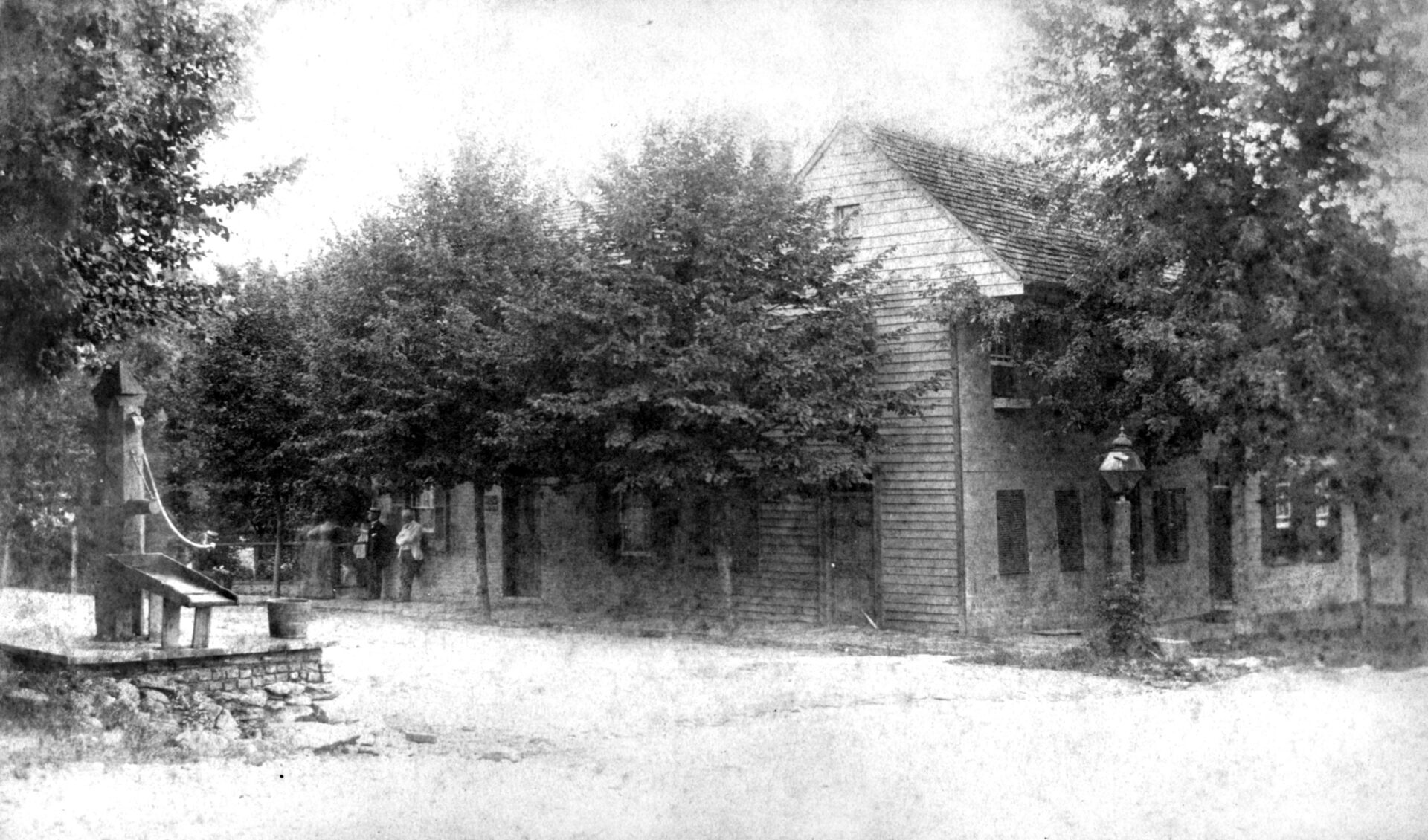 Photo caption:  This circa 1890 photograph shows part of the old Dielman Inn located on the corner of Bath (now Main) and High Streets in New Windsor.  Also visible is the town pump on the opposite corner.