24 January 2021 – Preserving History in a Pandemic

24 January 2021 – Preserving History in a Pandemic

Preserving History in a Pandemic

For the second year in a row, I find myself wishing Carroll County a belated Happy Birthday. On January 19, 2021, Carroll County celebrated its 184th birthday!

By now, everyone knows that Carroll County was formed January 19, 1837, by Maryland General Assembly action that incorporated portions of existing Baltimore and Frederick counties. But what about the county’s namesake, Charles Carroll of Carrollton?

Charles Carroll came into the world doubly stigmatized by his religion and his birth. On September 19, 1737, he was born to Charles Carroll (1702–1782) of Annapolis and Elizabeth Brooke (1709–1761). The elder Carroll was one of the richest men in Maryland and a Roman Catholic. For many years he refused to marry Elizabeth Brooke. Uncelebrated marriages were not uncommon since Catholic worship in the colonies was not legal so Catholic marriages could not be recognized. Carroll was concerned that if he died before Elizabeth and she remarried, his wealth would be transferred to another family. Eventually the couple married in1757 but not until the son proved himself a worthy heir.

Educated in Europe, Charles Carroll of Carrollton returned to Maryland at age twenty-seven. He was not initially interested in politics; had he been, Catholics had been barred from holding office in Maryland since 1704.

As the dispute between Great Britain and her colonies intensified in the early 1770s, Carroll became a powerful voice for independence. In 1772 he engaged in a debate, conducted through anonymous newspaper letters, maintaining the colonies’ right to control their taxation. Writing in the Maryland Gazette under the pseudonym “First Citizen,” he became a prominent spokesman against the governor’s proclamation increasing legal fees for state officers and Protestant clergy. Opposing Carroll in the debate was Daniel Dulany the Younger (1722-1797), a noted lawyer and loyalist politician who wrote under the pen name, “Antillon.” Eventually, word spread of the authors’ identities, and Carroll’s fame began to grow.

Following these written arguments, Carroll became a leading opponent of British rule and served on various correspondence committees. He also played a role in the burning of the Peggy Stewart in Annapolis harbor, a ship carrying tea to Maryland. On October 19, 1774, the vessel was destroyed as part of the protests against British excise duties enacted by Parliament in the “Tea Act.”

So why was Charles Carroll of Carrollton honored with our county’s name over William Paca (1740-1799), who served as one of Maryland’s governors once it became a state? After both Thomas Jefferson and John Adams died on July 4, 1826, Carroll became the last living signatory of the Declaration of Independence and elevated to celebrity status.

Charles Carroll of Carrollton passed away November 14, 1832, at age ninety-five. In 1833, William Cost Johnson (1806-1860) of the House of Delegates introduced a bill creating borders for a new county that honored Charles Carroll. 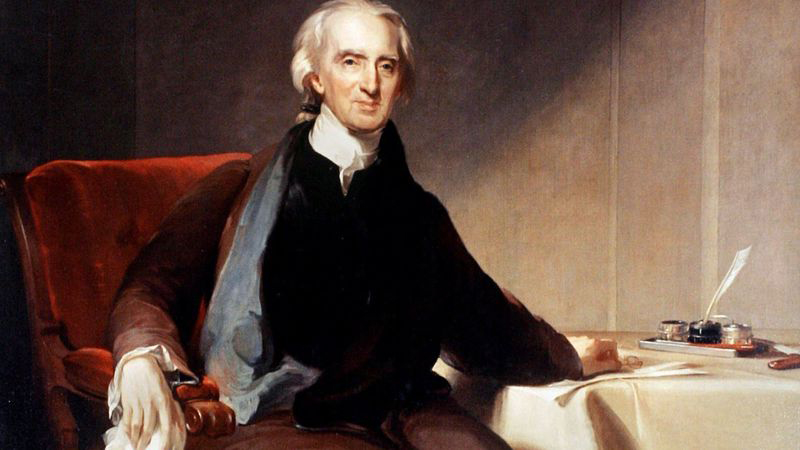