24 May 2015 – What’s in a Name? Gamber, Cedarhurst, and Detour’s Historical Names Explored

24 May 2015 – What’s in a Name? Gamber, Cedarhurst, and Detour’s Historical Names Explored

Depending upon the Carroll County map you consult and the year it was drawn, you may come upon some interesting town names you’ve never seen before. Last year this column covered Marston/Mt. Vernon/Jewsburg – names all referring to the same town. Here are names formerly associated with other Carroll County communities.

The village of Gamber at the intersection of Routes 91 and 32 should be familiar to everyone. It was called Mechanicsville and Pleasantville at various times in the past and Mechanicsville Elementary School is a reminder of one former name. In 1915, however, there was an effort to change “Gamber” to “Statewood.” What was going on?

The Times of October 15, 1915, carried an article entitled “Statewood vs. Gamber” with some details of the proposed change. Gamber had been in use for roughly twenty years when a local committee was appointed to consider a new name with an unknown origin – Statewood. The twelve committee members were firm in their commitment to using Statewood, but met opposition to the change. To settle the issue, votes were cast at a public meeting – 79 for Gamber and 16 for Statewood. The newspaper concluded its coverage of the controversy saying, “Certainly if the people of this vicinity are to enjoy a Republican form of government and the majority rule, the name will remain Gamber.” Although the majority’s wishes were technically heeded, the name Statewood continued to appear for many years. It was used by a local baseball club which played teams from other small villages such as Bird Hill and Patapsco. Even as late as 1936, some diehards referred to the community of Gamber as Statewood.

While looking at the eastern part of the county, consider the community once named “Asbestos.” In 1912, there were plans afoot to build an asbestos plant along the Western Maryland Railroad just north of Finksburg. By 1914, Asbestos appeared on a timetable of the railroad, and in the 1920s, Asbestos (the community) was sometimes mentioned in Carroll papers. Today, the asbestos plant is gone and so is the name, but the community still exists as Cedarhurst – a name with a “healthier” sound.

Now look at the opposite side of the county where a name change occurred sometime between 1888 and 1916. The Western Maryland Railroad wound its way from Finksburg through Westminster, New Windsor, and Union Bridge, eventually exiting to Frederick County just north of a village once known as Double Pipe Creek Station. It was a long name. On an 1888 WMRR timetable, it was abbreviated “D.P. Creek.” Either the railroad or residents supposedly objected to the long name and came up with a shorter one – Detour. That may have been shorter, but today the connotation isn’t very pleasant to motorists encountering detours on their travels. The original name referred to the point where Big and Little Pipe Creeks joined to form Double Pipe Creek before flowing into the Monocacy River. The old name was descriptive, just not convenient. Mapmakers must have been delighted when they didn’t need to print such a long name beside such a small village. 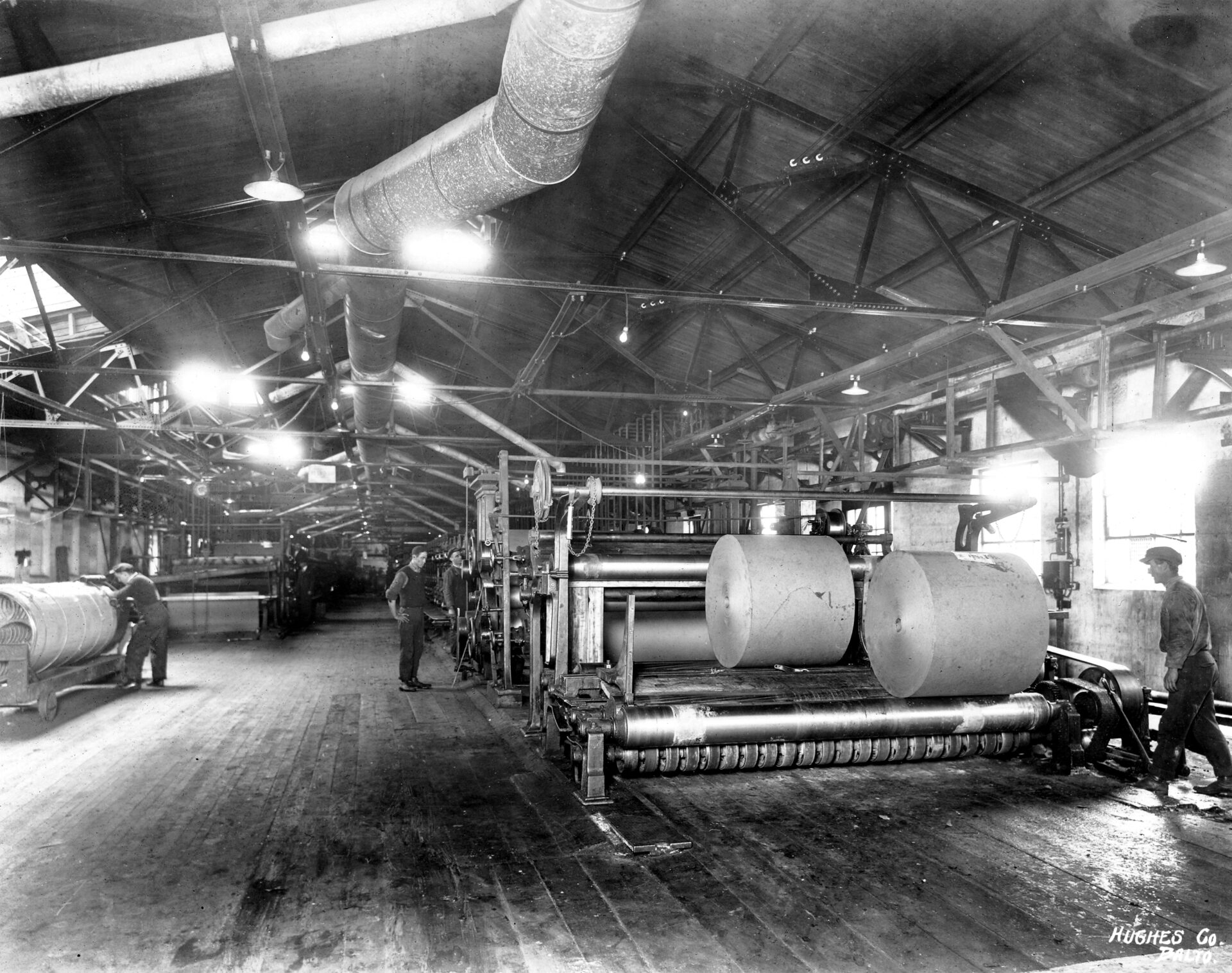 Photo caption: Interior of the Baltimore Roofing and Asbestos Manufacturing Company built in 1913 in a community near Finksburg which became known as “Asbestos.” Using a composite of Portland cement and asbestos, the company produced synthetic roof and wall shingles, wall and ceiling moldings, etc. The plant closed in 1920 and the community is now known as Cedarhurst.