Driving through Carroll County, one might notice some similarities in architecture to York, Pennsylvania. Those similarities exist due to one architect, John Augustus Dempwolf, who is responsible for the design of St. Mary’s Lutheran Church in Silver Run, major renovations to Trinity Lutheran Church in Taneytown, the former Carroll County Bank and Trust in Uniontown, and renovations to Cockey’s Tavern in Westminster. Dempwolf is also credited with other Carroll County buildings, particularly in Taneytown.

Before exploring several of Dempwolf’s buildings and the legacy he left in Carroll County, let’s take a quick look at his life. John Augustus (J. A.) Dempwolf (1848-1926) was 19 when he emigrated from Germany and settled in York. After brief employment at a milling company, he became interested in building construction.

In 1871 he moved to New York where he worked as a construction foreman during the day and took architectural and design classes at night at the prestigious Cooper Union Institute. After graduation in 1873, J.A. oversaw the construction of churches in Boston and York. With these complete, he moved to Philadelphia to work in the architectural firm of Stephen Button who had a commission for buildings for Philadelphia’s 1876 Centennial Exhibition.

Dempwolf returned to York in 1876 to start his own architectural firm on Continental Square. His earliest known work in Carroll County dates to 1880 and his latest to 1907. He died in 1926.

After the Lutheran and Reformed congregations in Silver Run separated in the late 1880s, each made plans to build a new church. The Lutherans hired Dempwolf to design their building in early 1894 and awarded the construction contract to John W. Eline. The cornerstone was laid on July 8, 1894, and the church dedicated May 20, 1895. The final cost totaled about $16,000.

The original Trinity Lutheran Church, dedicated in 1811, was a simple brick structure. That building received three significant additions—1840, 1871, and 1897—the final renovation designed by Dempwolf and dedicated on May 9, 1897. The cost of his improvements and additions totaled just over $17,000. Cybularz described the changes he made: “The Dempwolf renovations reoriented the front façade from the south elevation to the west elevation and changed the roofline. Renovated in the Romanesque Revival style, the building was refaced in brick with Hummelstown brownstone accents. The front (west) elevation includes the front-facing gable with round-arched windows, a projecting vestibule, buttresses, and brick corbelling along the roofline. To the north is a stair tower with similar details. A four-stage bell tower anchors the southwest corner of the building. The south elevation includes a semi-circular projection in the center with successive round- and flat-arched windows. This projection is flanked on either side by round-arched windows and entrance doors. The rear (east) elevation includes an end-gable wall from one of the previous additions.” Dempwolf’s changes made over a hundred and twenty years ago can still be enjoyed.

According to the February 23, 1982, Evening Sun (Hanover, PA Edition), the original bank was named the Carroll County Savings Bank of Uniontown, opening as a wood-framed building in 1871. The current structure (minus its 21st century addition at the rear) opened in 1907. The original plans for the bank can be found on the York County History Center’s website. After operating under several different names, the bank closed in 1979. In February 1982, the building was purchased by the Uniontown Historic District and remained unoccupied until privately purchased and converted into a single-family home with adjoining office space.

Cockey’s Tavern, one of five Westminster taverns operating in the early 19th century, was constructed along the Baltimore-Pittsburgh Stagecoach Line. In 1837, the first session of the Carroll County Court was held in the tavern’s main dining room. During the Civil War, Cockey’s Tavern entertained both Union and Confederate troops. After a series of owners, the property was acquired by the affluent John Brooke Boyle who made many modifications. Around the turn of the century, the tavern changed hands once again. In May 1905 a local newspaper reported: “Chas. E. Fink, Esq. is having his residence on East Main street remodeled in accordance with plans furnished by Mr. J. A. Dempwolf, architect, of York, Pa. A mansard roof or story will be added, bay windows put in the front and new and larger windows substituted for the other front and side ones.… Mr. Charles B. Hunter is contractor for the work.” The general intent of the renovation was to make the building look more “Colonial,” as the Colonial Revival style had grown in popularity after the 1876 Centennial Exhibition in Philadelphia.

This article highlights four Dempwolf designs in Carroll County, but there are seven or eight others. Dempwolf placed signature stones in a variety of materials, including terra cotta and brownstone, on some of the buildings he designed, usually on a side elevation. It is thought these were placed on buildings of which the firm was most proud. If you are up to the challenge, plan a drive through Carroll County and see how many of J.A. Dempwolf’s signature stones you can find. 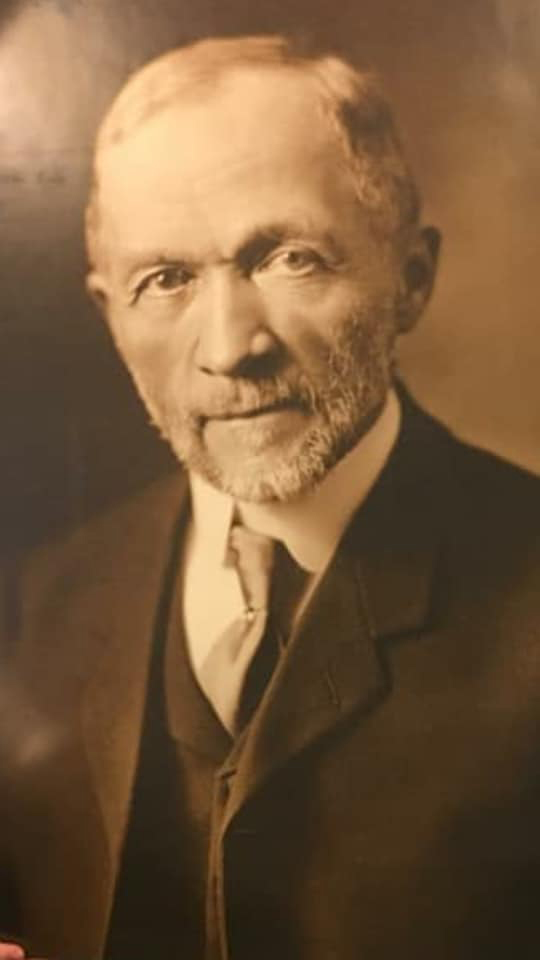 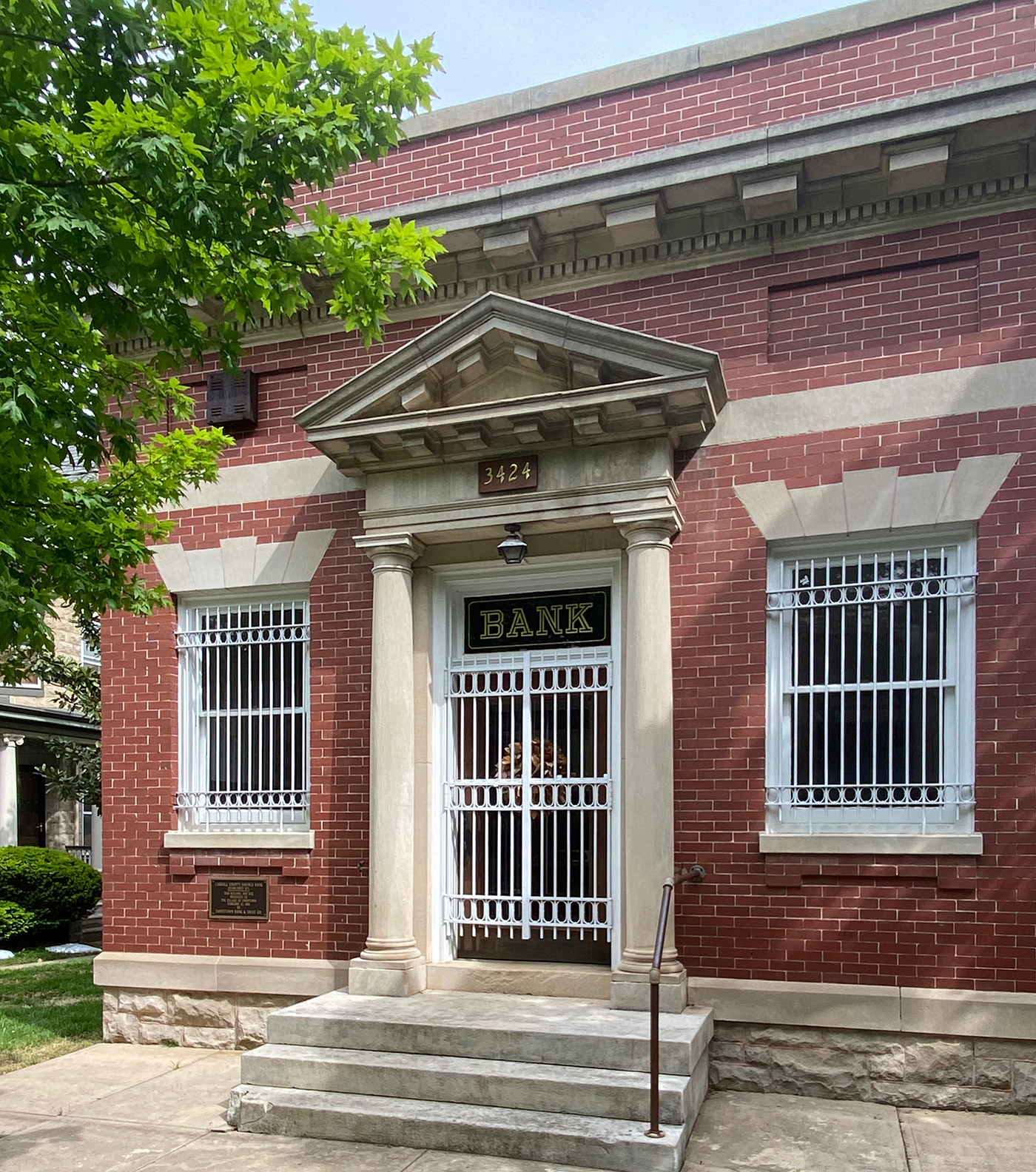 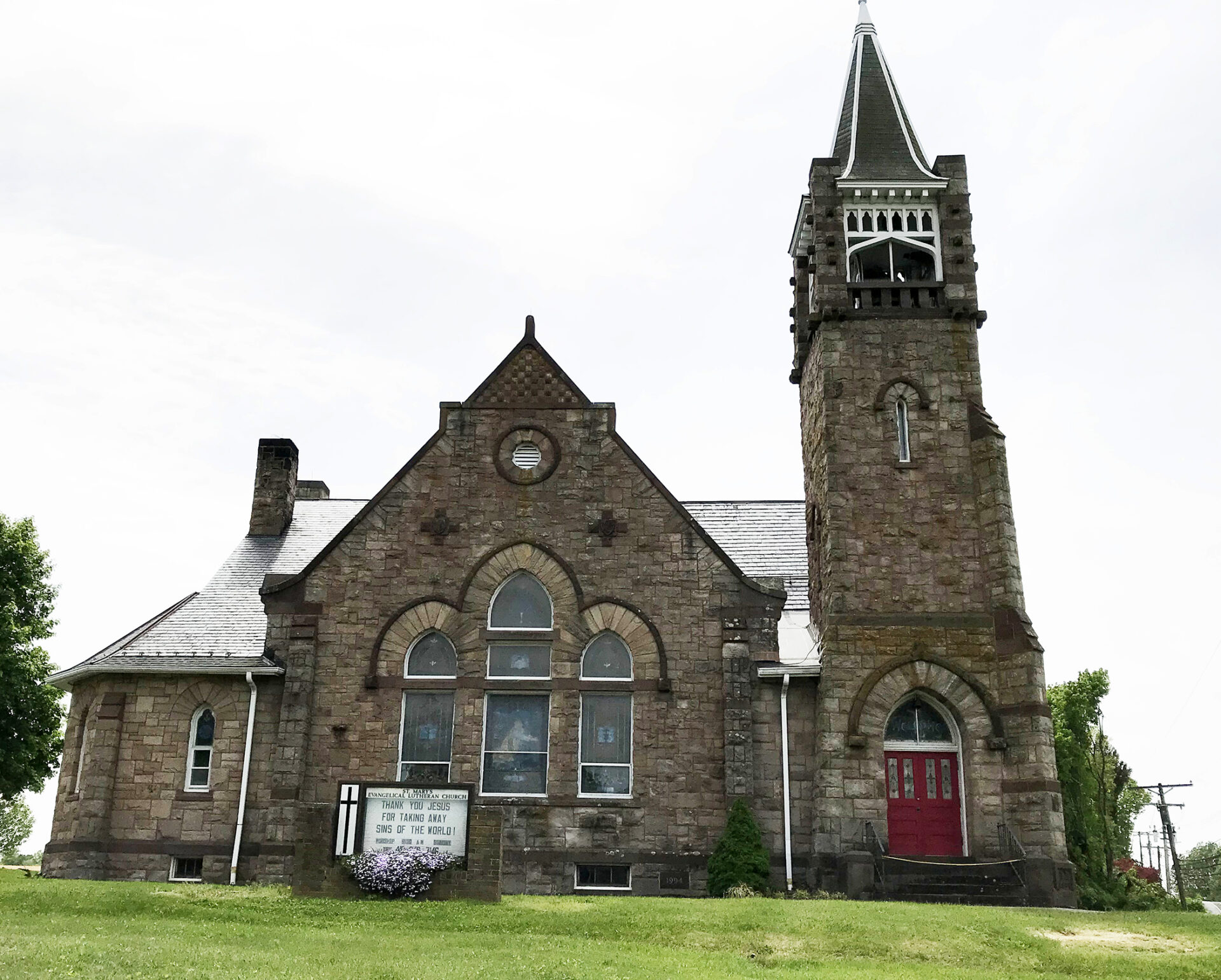