How much easier it would be to understand Carroll’s yesteryears if photography had been invented long before 1839!  We might have pictures of the Native Americans who lived here, our ancestors in their homes, and myriad other things now only preserved as sketches or written descriptions.

Bob Porterfield’s 2004 publication, “Photographers & Photographs of Carroll County 1840-1940,” tells that an itinerant photographer named J. T. Williams worked around here as early as 1842-3.  Photography spread rapidly over the following years.  By 1850, Westminster could boast its own photographers, G. H and V. O. Brown.  In 1856, Henry B. Grammer took over the Browns’ business then located on the second floor of the courthouse.  Doesn’t it seem odd to think of the courthouse as a commercial site!  Photographic studios were usually located on the second floor of buildings where there was a window on the north side to bring in plenty of the right kind of light.

Our mental image of early photographs is of stiffly-posed men or women leaning on a pedestal or chair or innocent-looking young soldiers posing proudly in their Civil War uniforms.  Happily, as the technology improved, those kinds of portraits gave way to more natural groupings of people inside or outside including charming babies decked out in dresses.  Often you can’t tell whether the subject is male or female.

Outdoor photography became popular (think of Brady and Gardner’s Civil War battlefield scenes) and the Historical Society has a few very early images of Carroll’s towns from the 1860s and 1870s, but those images were still taken by professional or semi-professional photographers with elaborate equipment, not by someone who grabbed a camera and ran outside to record an event.

Itinerant photographers continued to roam the Carroll countryside during the latter half of the nineteenth century, taking candid photographs in peoples’ homes…or of their homes.   Local photographers often had other jobs on the side – farming, teaching, music instruction.

Once images began to be printed on paper and mounted on cardboard, photographers often stamped their work with their names and addresses.  Porterfield’s book covers over fifty local photographers, shows samples of their work, the time period they practiced and the imprints they used.   Failure to identify pictures isn’t new, so this book can be very helpful if you are trying to track down a family photo.

In the early twentieth century, J. D. Mitchell of Westminster took portraits and made some of them into postcards.  He also recorded special events like mammoth snow storms.   Frank Thomas of Union Bridge left behind a record of the building of the cement plant; Louis Dielman’s photographs preserved the character of New Windsor.   What would we do without these wonderful images which captured horses and buggies, fires, train wrecks, the architecture which graced tree-lined streets, and stores with their proud owners posing in front!

Over the years, local publications have featured historic photographs of Carroll County, Sykesville, Taneytown, and Carroll farming.  The Historical Society has just published a book devoted to Westminster and this month Bob Porterfield is releasing a book with the history and photographs of Hampstead. 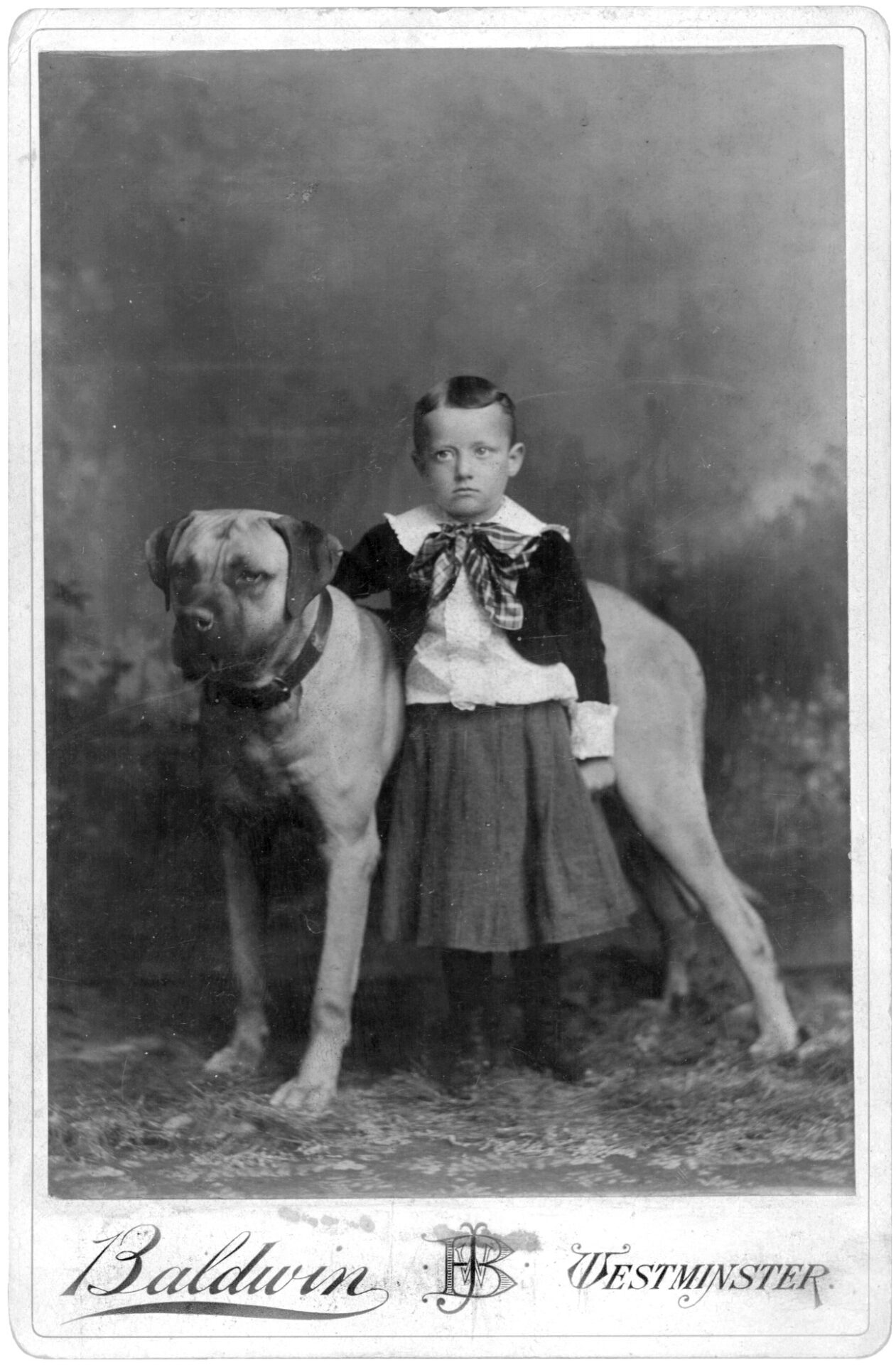 Photo caption:  This cabinet card photograph of Albert C. Mitten (1888-1988) is typical of the studio portraits popular throughout the late 19th and early 20th centuries.  It was taken by John W. Baldwin, who worked in Westminster from 1891 – 1902.