Just a half a mile from the Monocacy River is the town of Harney located at the northwest edge of Carroll County. To the west, it is easy to see the Blue Ridge Mountains and, at night, the lights of Emmitsburg glisten on the horizon. One could easily say that anywhere outside of Harney is pleasing to the eye.

According to a series of articles written by J.W. Reck for The Carroll Record newspaper in 1895, the village now known as Harney began about 1815 when Nicholas Eckes built the first house. Between 1824 and 1826, the first store was opened by a huckster named Jesse Cornell. Known as Cornell’s Store, it was primarily a trade store where residents from miles around would bring produce from their farms—butter, eggs, chickens, meat, and potatoes—to trade for other goods including some that Cornell brought back from his trips to Baltimore. Very little money ever changed hands.

By the 1850s the village had grown so much that residents felt it needed a post office. Informally they had been calling it “Monocacyville,” but when the postmaster learned another town existed in Maryland with the same name, he appointed a prominent Emmitsburg citizen, Postmaster Elder, to choose the new name. Having recently read of the exploits of U.S. General William Selby Harney in Utah, Mr. Elder decided on Harney for the name of the town. Had he done his research, Elder would have learned that in 1834 William Harney had been charged with beating a female slave to death with a cane. Following an inquest, a newspaper reported that the slave possibly came to her end by the wounds he had inflicted upon her. With the threat of mob violence, William Harney fled but later returned and was legally acquitted.

In June and July of 1863 many Union troops passed through the town on their way to and from Gettysburg and some of its buildings probably became hospitals after the battle. Following the Civil War, the town really began to prosper as it was located at a crossroads. Just before the turn of the 20th century, one of Reck’s articles in The Carroll Record said the town had “50 comfortable houses, 177 inhabitants, three stores, two cigar factories, three blacksmith shops, one coach repair shop, one boot shoe and harness maker shop, one barbershop, two hotels, and two churches.”

A disastrous fire in 1909 destroyed much of the town including the cigar factory where it began. One of the surviving structures was a house owned by Theodore Ridinger (1913-1974). In a newspaper column that appeared in a Fredrick newspaper, The News, on 22 April 1972, Ridinger recalled that his house, once a store owned by Jacob Hesson, had a low shed attached to the side. His brother Earl used the shed as an ice cream parlor. His ingenious method for making ice cream involved jacking up his Model T Ford and hooking the ice cream machine to the running engine.

Harney is a town that has seen very little change over the years. If Earl Ridinger’s Model T could churn great ice cream, why change?

Columnist David Buie is a Taneytown resident with a passion for Carroll County and its place in history. 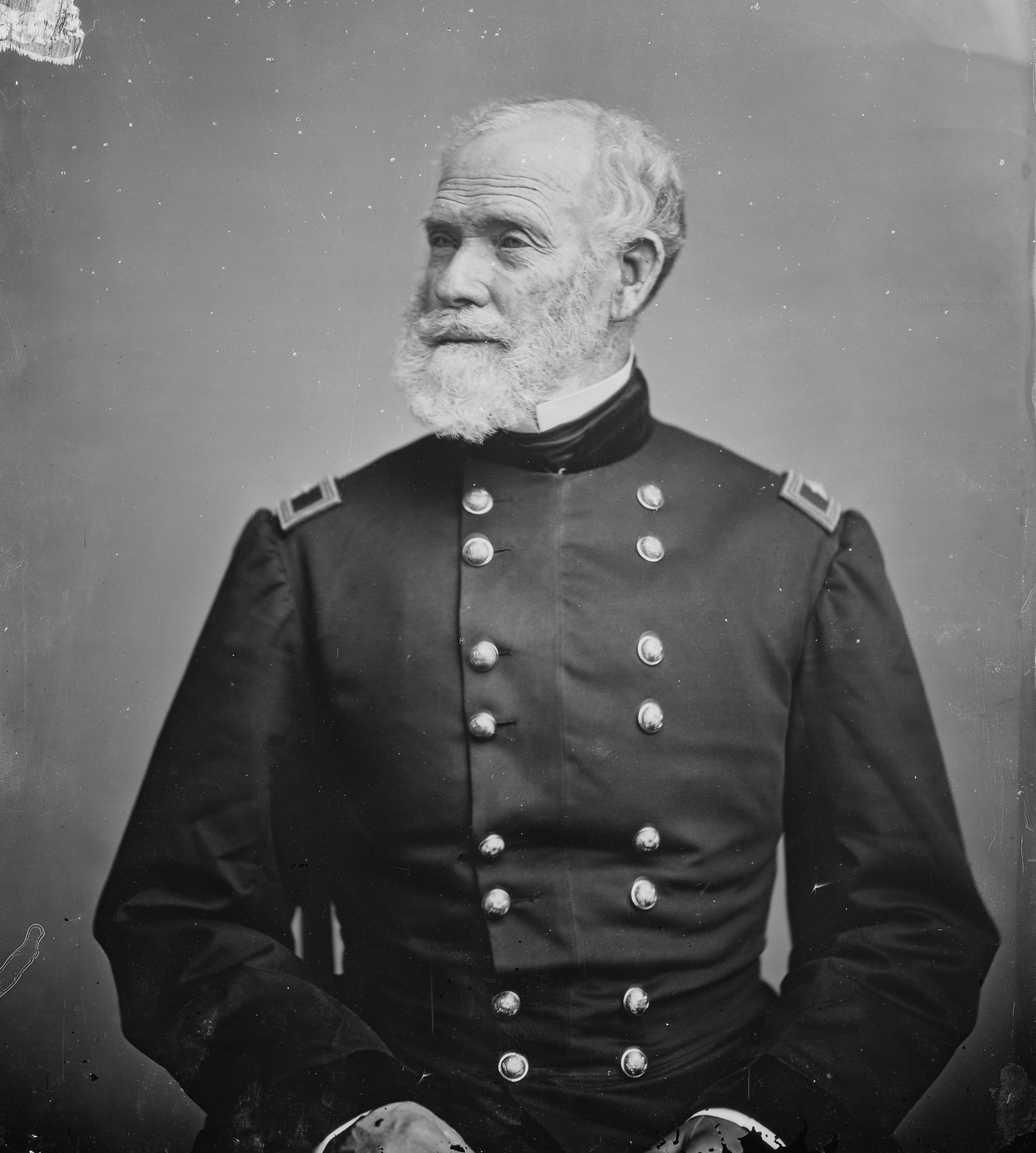 Photo Caption: General William Selby Harney (1800-1889), a veteran of the Mexican War and Indian Wars, retired from the U.S. Army in 1863, and was breveted Major General. He lived in retirement on his estate at Pass Christian, Mississippi, and in St. Louis. He was buried with full military honors in Arlington National Cemetery.