Abraham Lincoln is one of the most revered presidents of the United States. Most Carroll County residents during the Civil War would not have agreed to such praise. As the 150th anniversary of Lincoln’s re-election approaches, both the 1860 and 1864 races reveal his troubled relationship with Carroll County.

Lincoln was the first president elected from the nascent and northern-dominated Republican Party. The Republican Party’s platform in 1860 included opposition to slavery. Several Southern states seceded from the Union prior to his inauguration.

There were 87,189 slaves in Maryland in 1860, with 783 in Carroll County. Many County residents, whether they owned slaves or not, were sympathetic to the Southern cause. Both Maryland and Carroll County resoundingly rejected Lincoln’s presidential aspirations. Pro-states’ rights and slavery candidate John C. Breckinridge carried Maryland with 45.93% of the vote (42,482); John Bell, the Constitutional Union Party candidate, came in a close second with 45.14% of the vote (41,760); Stephen Douglas received only 6.45% of the vote (5,966) and Lincoln came in a distant last with 2.48% of the vote (2,294).

In Carroll County, Bell prevailed among the four candidates, receiving 1971 votes; Breckinridge came in second with 1628 votes, Douglas came in third with 305 votes and Lincoln was last with 56 votes.  Both Bell and Breckinridge would join the Confederacy. Bell publicly blamed Lincoln for forcing the war on the South.

In 1864, Lincoln was challenged by former General George McClellan who was running as the Democratic nominee for president. Lincoln had twice relieved him of command for failure to aggressively pursue the Army of Northern Virginia. McClellan supported a peace agreement with the Confederacy to end the war.

Due to mounting casualties from the war and waning political support, Lincoln believed that he would not be reelected. On August 23, 1864, he drafted the “Memorandum on Probable Failure of Reelection,” requesting that the Cabinet work with President-Elect McClellan to save the Union “between the election and the inauguration” to thwart political pressure to recognize Confederate independence.

Lincoln’s concerns should have been allayed by the Union’s capture of Atlanta the following week, but he left nothing to chance. He ensured a favorable electoral and popular vote in Maryland and Carroll County by ordering the Union Army to control the ballot boxes and requiring that all voters swear to a loyalty oath. Union soldiers were allowed to vote, casting 2,800 ballots for Lincoln and only 321 for McClellan. Confederate soldiers were prohibited from voting. Of the 85,000 Marylanders who served in the Civil War, 25,000 joined the Confederacy.  On November 8, 1864, Lincoln received over 50% of Carroll County’s vote and easily defeated McClellan in both the electoral and popular vote nationwide.

Sam Piazza is the Vice-Chair of the Historical Society of Carroll County’s Board of Trustees. 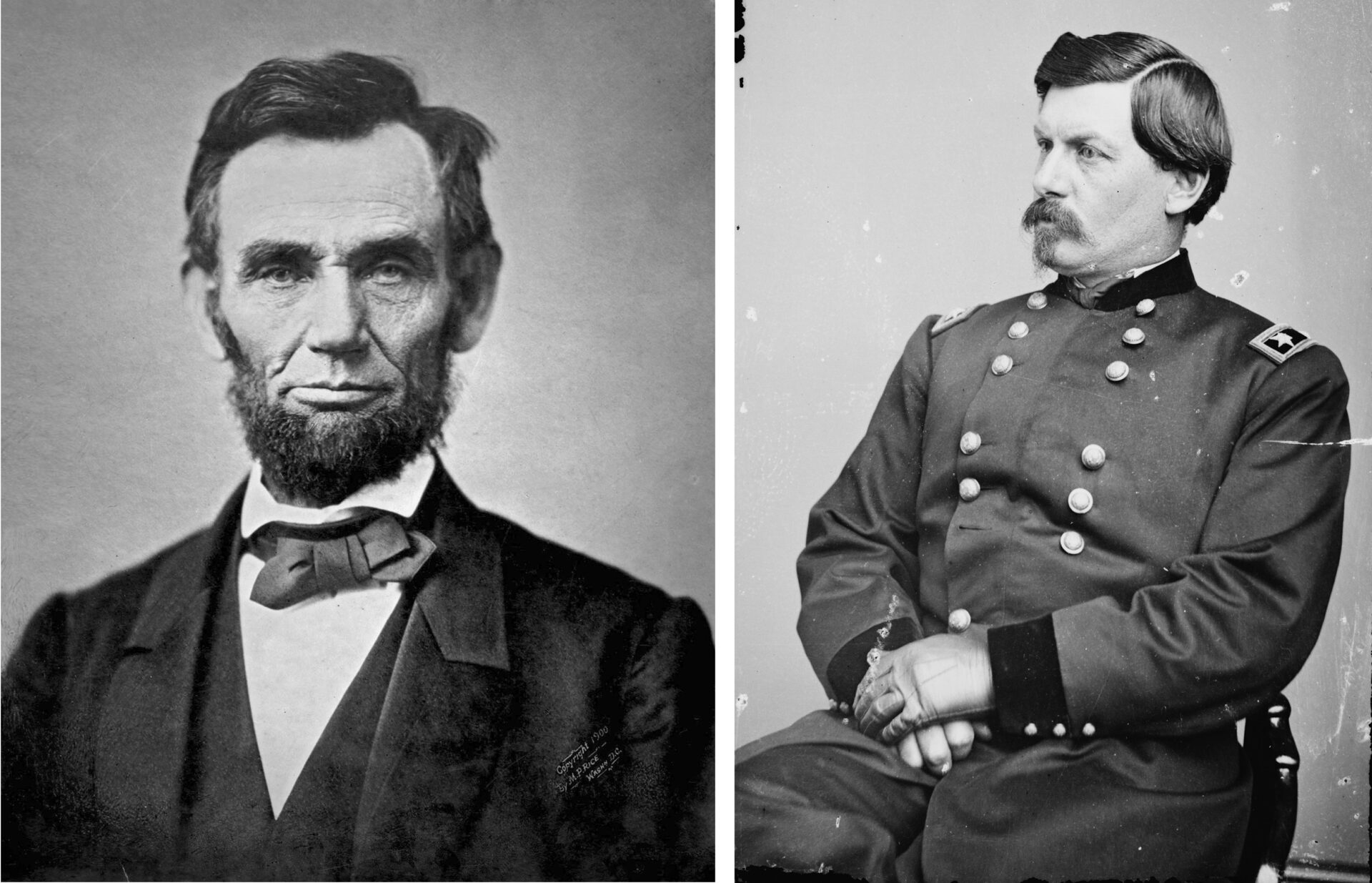