Ephraim Engel and John Landers arrived in San Francisco in September of 1849, more than 20 weeks and 6000 miles after they’d left Carroll County with the Baltimore and Frederick Mining and Trading Company.

Within days of their arrival, Company members were assigned to explore business opportunities.  Six men left for the mining district; others went to Sacramento City to establish a freight enterprise; some purchased a small brig to operate on the rivers; and three men scouted nearby timbered areas as a site for their major asset – a 15-blade steam sawmill that could supply burgeoning San Francisco with fresh-cut lumber.

By mid-November most of the Company had settled north of San Francisco in Marin County where they erected the pre-fabricated buildings and sawmill machinery they had shipped around Cape Horn aboard the Baltimore ship Andalusia.  For the next two decades that sawmill operated under various owners, and the timbered valley they pioneered is known today as Baltimore Canyon.  Ten men decided to remain in Marin County and became some of its first elected officials; their stories can still be extracted from county files and local histories.  But other Company members gradually dispersed, some returning to wives and children in Maryland as early as 1850, and others going home when their fortunes changed.  A few, including Engel and Landers, moved around the mountains of California for the remainder of their lives.

Ephraim Engel spent his entire life as a miner, working variously in four counties that spanned the gold region.  Old records describe a hardy man about 5 feet 10 inches tall with bright blue eyes who died a resident of the colorful “gold country” city of Sonora in 1909.  More details of his life became available only through the generous assistance of local researchers, including Mimi Ashcraft of the Historical Society of Carroll County.  Mimi followed a California clue to identify Engel’s sister Belinda as Mrs. Ephraim Stoner, and located an obituary in the Union Bridge Pilot that confirmed he was the same man who had accepted a $1000 advance from his wealthy father and left for California 60 years before!

John Landers, the eldest son of Robert and Susan Landers of Middleburg, presented a more difficult search.  Scattered records reveal that he worked in the 1870s as a miller near what later became Sequoia National Park.  In 1854 his younger brother William Wallace Landers also came west, working in the same area and gradually amassing land and cattle worth a sizeable fortune.  Other brothers — George Bruce, Robert, and Upton — lived there periodically as well.  John Landers died unmarried in 1903 at age 78, miles away from Middleburg and years removed from his optimistic departure for the gold rush.  He is buried with William and Robert in a tiny cemetery on a remote mountain road that links the Mojave Desert and California’s great Central Valley. 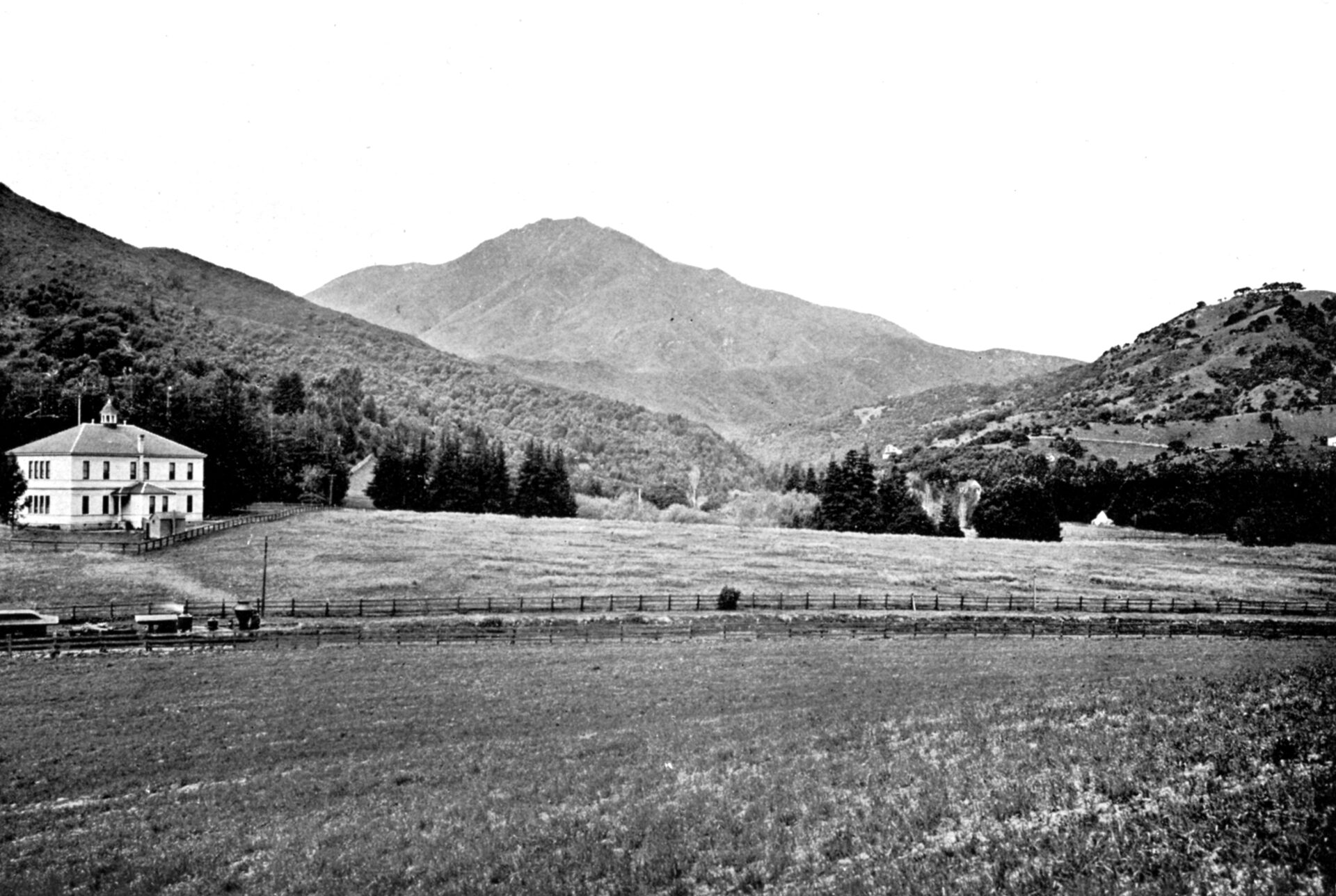 Photo caption: In 1849, members of the Baltimore and Frederick Mining and Trading Company erected their sawmill in the mouth of this canyon below Marin County’s Mt. Tamalpais.  This photograph was taken in 1902. Note the train at the lower left.