Historians and genealogists constantly bemoan the lost of the 1890 U. S. Population Census to a devastating fire in 1921, but there was another census taken that year – a special one which targeted surviving Civil War Union soldiers, sailors, marines, and their widows. Although some of it later disappeared, the pages for Carroll County, and Maryland in general, survived.

The U.S. Pension Office requested that census for two reasons – to help Union veterans find their comrades who might testify in pension applications, and to give the government a better idea of how many veterans (or their widows) were still alive. Perhaps to everyone’s amazement, approximately 1.1 million Union veterans were alive plus over 150,000 widows. These huge numbers meant that there would be plenty of pension checks written for years to come.

Glancing through the Carroll County records, you are struck by a number of things.  The first is that anyone survived that bloody, 4-year conflict in which nearly three-quarters of a million men died of wounds or disease.  The census taker recorded names, addresses, rank, company, regiment, dates of enlistment and discharge, time spent in service, what disability was incurred, and lastly there was a “Remarks” column.

Most of the men enumerated were privates – the cannon-fodder of countless battles big and small. Carroll’s men not only served in black and white Maryland regiments, but frequently in Pennsylvania units, plus those of a few other states. There were almost no sailors or marines.  Occasionally, a Confederate’s name appeared but was crossed off because he wasn’t supposed to be counted. Some men began their service in a cavalry unit and ended up in the infantry; very few survivors reported they had served in an artillery unit, but at least one was a teamster.  Soldiers enlisting very late in the war – e.g. March 1865 – were often home by the end of May or June, while others who signed up in 1861 or 1862 might have served more than three full years if they decided to re-enlist. There were 90-day men, enlistments for three years or the length of the war, plus other term lengths.

It is the columns headed “Disability Incurred” and “Remarks” where you find interesting, often poignant, details the other columns don’t reveal. The words “post-traumatic stress syndrome” weren’t used in 1890, but that must have affected many men. Often the veterans listed lasting physical troubles such as chronic diarrhea, chills, fever, and rheumatism. Little wonder!  Men recounted gunshot wounds to their arms, shoulders, thighs, or hips. Very few listed loss of limbs, but that likely was covered by the phrase “discharged on surgeon’s certificate.”

If you checked the service record of each man claiming to be a veteran, you would likely find a few liars on the list, but the Pension Office was pretty strict about who eventually received a veteran’s pension and it wasn’t the enumerator’s job to make judgments.

Two sets of “Remarks” were particularly touching. Levi Handley of Frizzellburg who served 3 years reported he was “hurt by being broke down,” and John Koontz’s widow said he “never returned home.” 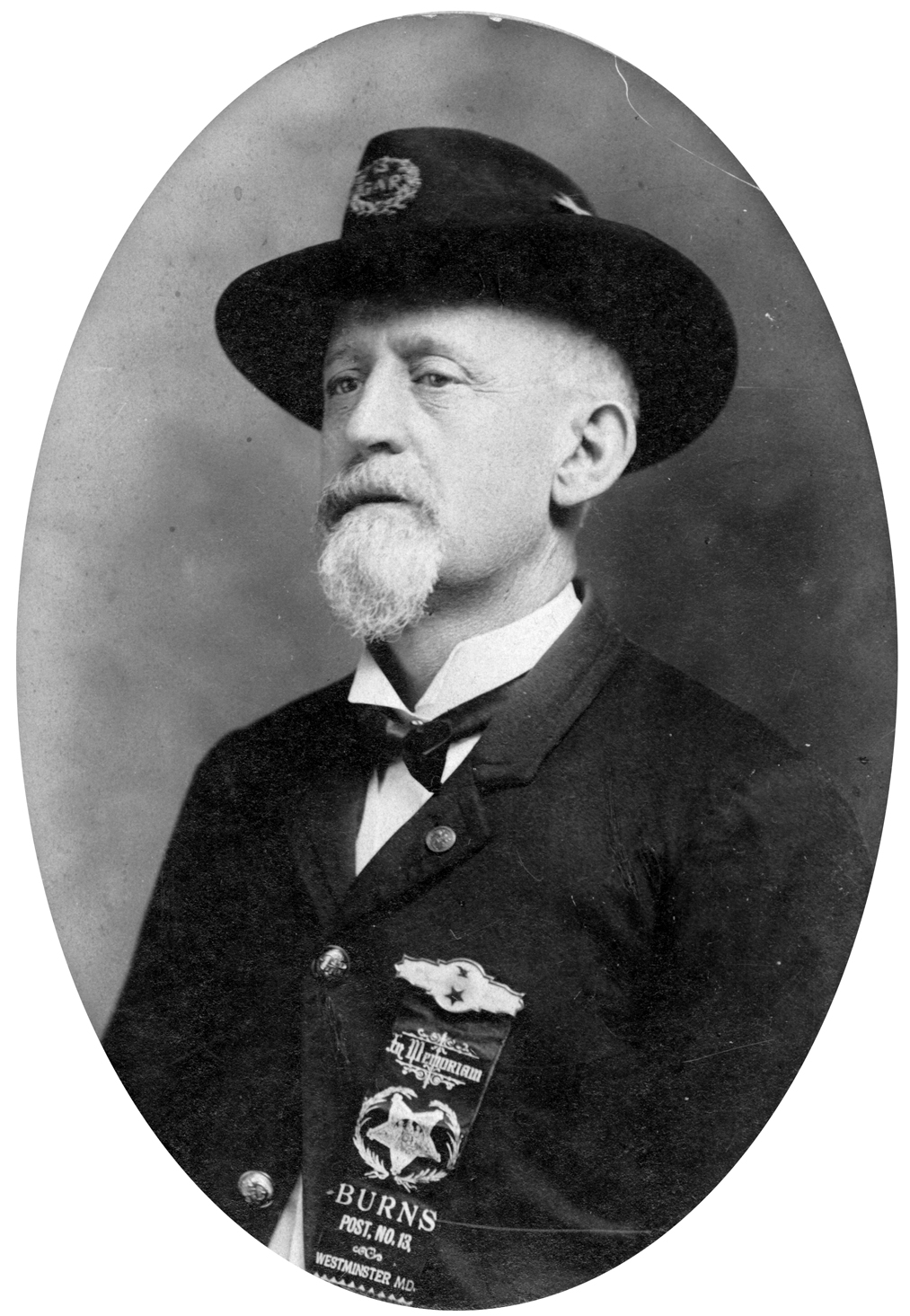 Photo caption: John H. Mitten, seen here in old age in his Grand Army of the Republic uniform, lost the index finger on his right hand during the Battle of the Wilderness in May 1864. As a printer before the war, this injury impacted his ability to work afterward. He received a surgeon’s certificate indicating his loss, but came back to Carroll County and a long career in the newspaper business.