You know our names—Pappas, Sirinakis, Letras, Samios, Lefteris, Sharkey, Papandreu, Bourexis, Nickolas, Haramplus—all those long Greek names you have trouble pronouncing.  We are the Greek families of Westminster, and we have a long history here.

Recently, we gathered at Harry’s Main Street Grille to brainstorm a new project—writing the history of our ancestors and how they came to Maryland.  This unusual project is the brain-child of Dr. Dean Griffin, a friend to many of our families and an enthusiastic champion of the Greek culture.  The restaurant is a fitting meeting place, as it is owned and run by third-generation Greek-American businessman, Harry Sirinakis (my cousin).

Since many of us are second or third-generation Greeks in town, we have had to do some serious digging in our attics, our photo albums, and in the memories of our oldest relatives.  But that research, now going on for a few months, has been immensely rewarding.

The Greek immigrants we have been researching shared some common qualities.  They worked incredibly long hours, tackling any job.  Men, women, and children—all worked and contributed. Ask any of the Sharkey or Samios or Amprazis children how many hours each week they worked at their parents’ businesses.  And our families supported other Greek families in town, helping each other through tough times.

Our Greek ancestors did not look for easy jobs or promises of good medical benefits.  These entrepreneurs were risk-takers, moving from town to town, as jobs opened or businesses became available.  Not limited to a single field, they learned to block hats and shine shoes, to cook and wash dishes, to buy and sell real estate, to build shopping centers.  They worked long hours, and they saved money to send to family back in Greece.

When war came, they served in World Wars I and II for the country that gave them citizenship.  And they never missed voting in an election.

The story of my own ancestors followed that pattern, as they built their fortunes, gave back to their adopted country, and raised new generations to be hard-working and responsible citizens.  The Lefteris brothers—Arthur, Bill, and George—instilled their work ethic in their children, and even today, we don’t view retirement easily.  Our families saved enough to give all their children college educations.

Today I teach leadership—teambuilding, working with limited resources, how to motivate people, how to focus on a vision of the future.  Now I recognize these same leadership traits in my ancestors. Their courage in building new lives, their risk-taking, hard work and commitment to a better future are examples that I learned as a child, not in a classroom, but by observing, and hopefully copying.

This ancestry project will continue to turn up interesting stories, which we hope to share.  In our next column, we will detail stories of individual Westminster families.

For myself, there has already been a benefit as I learned my own leadership lessons and a new-found respect for my ancestors.

Antigoni Lefteris Ladd is a third-generation Greek-American who grew up in Westminster. 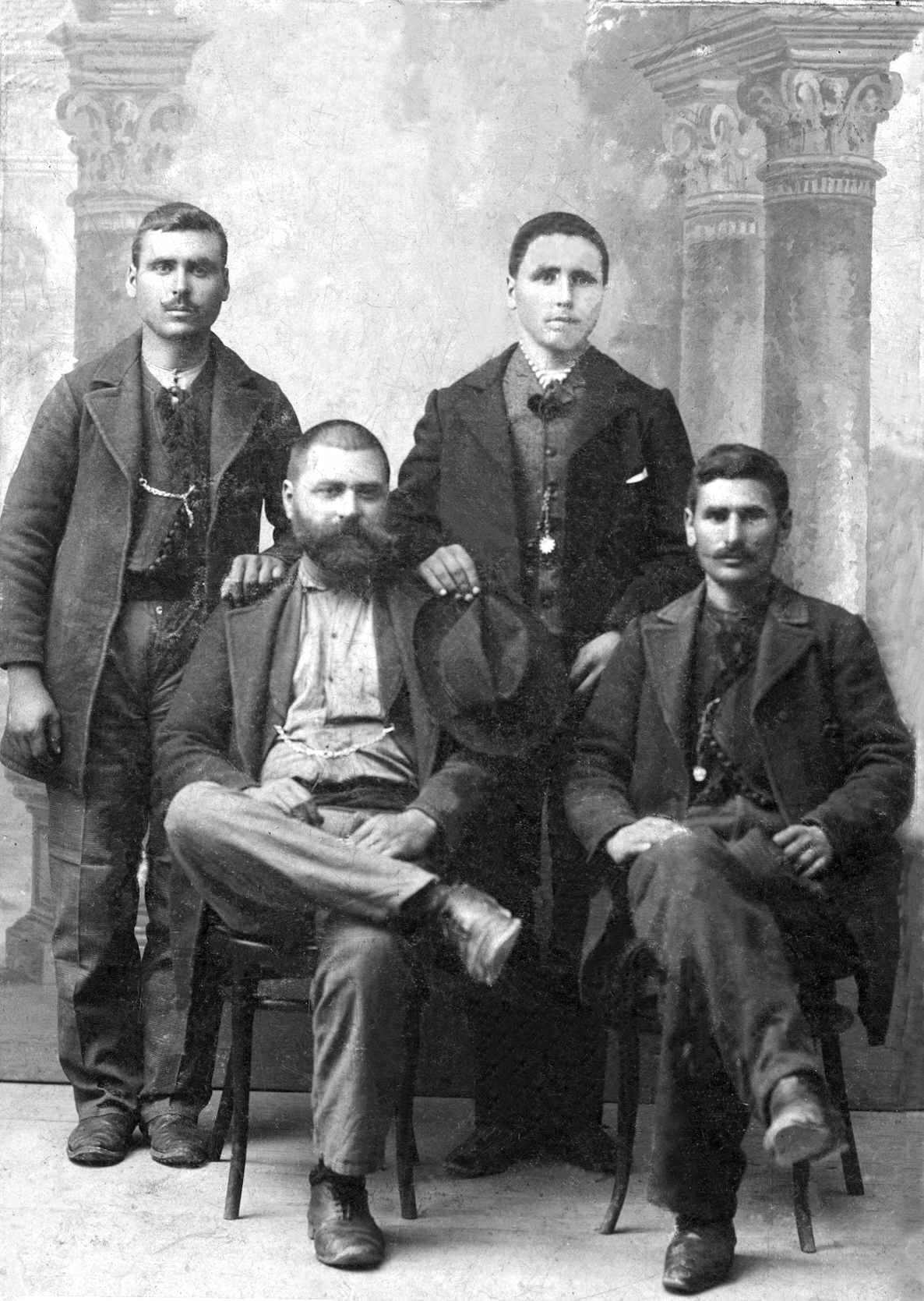 Photo caption: This photo captures the Amprazes brothers when they were living in Trikala, Greece, about 1904, before brothers Tom (standing, right) and Harry (seated, right) sailed to America.  Both would settle in Westminster.