This weekend, the Pipe Creek Civil War Round Table held an event commemorating the 158th anniversary of Corbit’s Charge at Court Place in Westminster. The event concluded on June 26th in the late afternoon.

For those unfamiliar with the event, Corbit’s Charge was a small but significant cavalry skirmish near today’s intersection of East Main Street and Washington Road, between General J.E.B. Stuart’s Confederate cavalry and a unit of the 1st Delaware cavalry. It is considered to be a significant factor in slowing Stuart’s march to join General Robert E. Lee near Gettysburg.

On June 28, 1863, Companies C and D of the 1st Delaware Cavalry arrived in Westminster from Baltimore to guard the vital rail and road junction. Commanded by Major Napoleon B. Knight, with Captain Charles Corbit and Lieutenant Caleb Churchman as company commanders, they numbered less than 100 men. Meanwhile, General J.E.B. Stuart, who crossed the Potomac River into Maryland on June 27 with three brigades of Confederate cavalry, numbering nearly 6,000 men, was moving north towards Westminster after capturing a large Union supply train in Rockville.

For most of June 29, 1863, Westminster remained quiet. However, at about 4 p.m., a report of approaching Confederates was brought to the Union troops at the west end of town. In Major Knight’s absence, Captain Corbit led a charge of his men through the streets of Westminster to Washington Road. Expecting to overcome a small unit of Confederates, instead they found themselves facing a large body of General Stuart’s veteran cavalry. A fierce skirmish ensued, and the Delaware unit was quickly overpowered. Many were captured, including Captain Corbit and Lieutenant Churchman.

Once the fighting stopped, two Union troopers lay dead in the street, and 11 were wounded, while on the opposing side, two Confederate officers lay dead and ten were wounded.

According to a local historian, Lt. Gibson was not killed by the 1st Delaware Cavalry, as reported, but by a citizen of Westminster armed with a shotgun loaded with buckshot. The local historian’s research showed that in the first rank of four riders were Lt. John William Murray on the left, James Franklin Lumsden, and John Allen Randolph, all of Company E, with Lt. Gibson of Company D on the right. Gibson was shot in the head, killed instantly, and fell in front of F.A. Sharrer’s establishment, a cabinetmaking shop and undertaking parlor at the corner of Old Washington Road and East Main Street. Sharrer would later construct the coffins for the deceased soldiers, submitting a bill to the Carroll County Commissioners for nine dollars. Unfortunately, the invoice was never paid.

Both Gibson and Murray were buried in a common grave, side by side, on July 1, 1863, in Westminster Cemetery. They were re-buried in the Ascension Episcopal Church Cemetery nearby on August 13, 1863, where Murray’s grave remains. Gibson’s body was taken to Fairview Cemetery in Culpeper, Virginia, and re-buried there on May 2, 1867. The bodies of the Delaware men were eventually returned to their home state.

Instead of continuing into Pennsylvania to inform General Lee about the major Union troop movements, Stuart’s cavalry was delayed long enough by the skirmish to spend the night in the Westminster area. Historians have often wondered whether the results of the Battle of Gettysburg might have been different if Stuart had arrived before July 2. 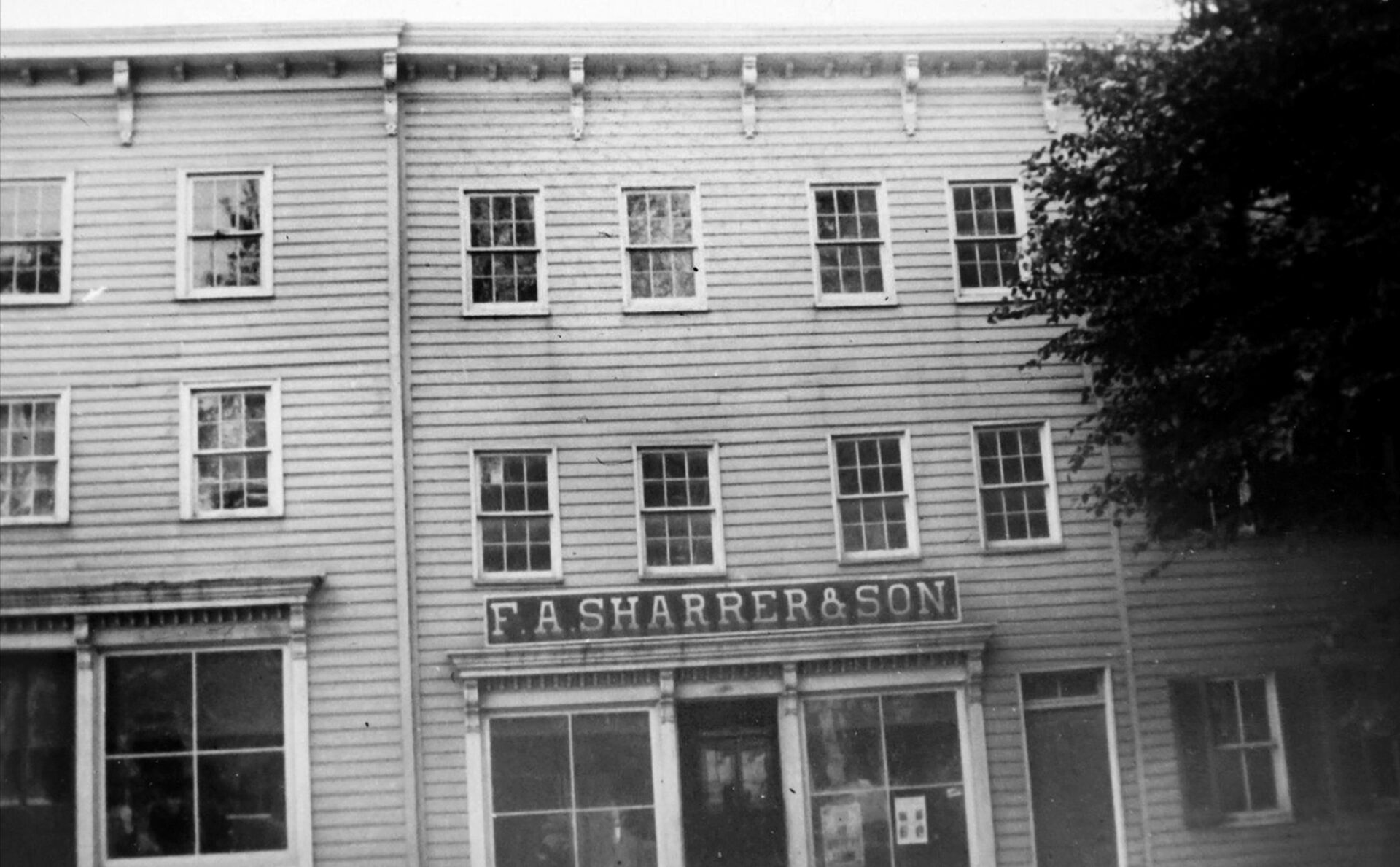 Photo Caption: This picture, taken prior to 1934, shows F.A. Sharrer & Son, a funeral parlor and furniture store at the intersection of Washington Road and East Main Street, Westminster. The business, established in 1848, played a role in the Civil War, handling casualties from Corbit’s Charge on June 29, 1863.