Fashion is a big component of history that can’t be ignored. Although clothing certainly comes to mind, what about styles of facial hair for men? Shaving, or not shaving, has gone in and out of fashion for thousands of years. What was in vogue in late 19th-century Carroll County and the years before?

In January 1879, Westminster’s Democratic Advocate featured a front-page article entitled “The Beard.” A few years later, J. Thomas Scharf’s History of Western Maryland included images of seven of Carroll County’s most influential men. From those two sources, we know what was fashionable, at least for a short period of time.

The Advocate began, “Not many years ago, it was hardly respectable to wear a beard, but the beard movement, resisted and ridiculed at first, has conquered, and it grows more and more the fashion to grow on the face as full a covering of hair as can be coaxed out.”

Civil War enthusiasts may recall that when Confederate General J.E.B. Stuart rode into Westminster in 1863 with his 6,000 troops, his large, bushy, rust-colored beard was one of the first features people noticed. Union generals Grant and Sherman couldn’t match it! However, another Union general, Ambrose Burnside, had a set of muttonchops that other generals might have envied.

According to the paper, there was a belief by 1879 that beards or moustaches were “a natural defence for the face and throat against the cold, and equally in warm climates a protection of these parts against excessive heat. Persons who wear moustachios are said, on good authority, to be less liable to toothache than others, and it is also said that the teeth are less apt to decay.” If this were actually true, pity the female sex!

Looking far back in history, beards seem to have been the style, whether that had anything to do with the absence of sharp tools to remove facial hair or not remains to be seen. By the time Alexander the Great was conquering vast areas of the Middle East around 320 B.C., he introduced his warriors to shaving so their beards wouldn’t “afford a handle to the enemy.”

During the heyday of the Greeks, fine gentlemen wore no beards and “dandies even removed them by ‘sharp pitch plasters’ as well as razors.” Some Romans sported beards while others were clean-shaven. Living far from the cultural centers around the Mediterranean, the ancient Britons “cut off their beards upon the chin, but wore long, shaggy hair and enormous tangled moustachios.”

Portraits of England’s King Henry VIII show him with a full, thick beard. Czar Peter the Great, who ruled Russia from 1682 until 1725, wanted his country to mirror the countries of western Europe. . .including how men looked. To discourage facial hair, he taxed wealthy men as much as 100 rubles. but poor men paid the equivalent of a penny.

Remember the images of America’s founding fathers—George Washington, John Adams, Thomas Jefferson, and even venerable Benjamin Franklin? There wasn’t a beard, a goatee, or a moustache in sight during the 1770s through the early 1800s. Slowly, however, facial hair made its way back into fashion, just as it always has. We’ve heard the story of a young girl who suggested to Abraham Lincoln that he would look better with a beard, and that is the image we remember.

When the Democratic Advocate article appeared, it ended as follows: “We now hold, with one of the old bards who celebrated Henry VIII’s beard, that

A well-thatched face is a comely grace,

And a shelter from the cold.

As such in the present state of the weather [January 1879], we may well cherish the beard.”

During the recent pandemic, beards, moustaches, and other examples of facial hair came and went to the delight, or consternation of wives, sweethearts, children, and others. 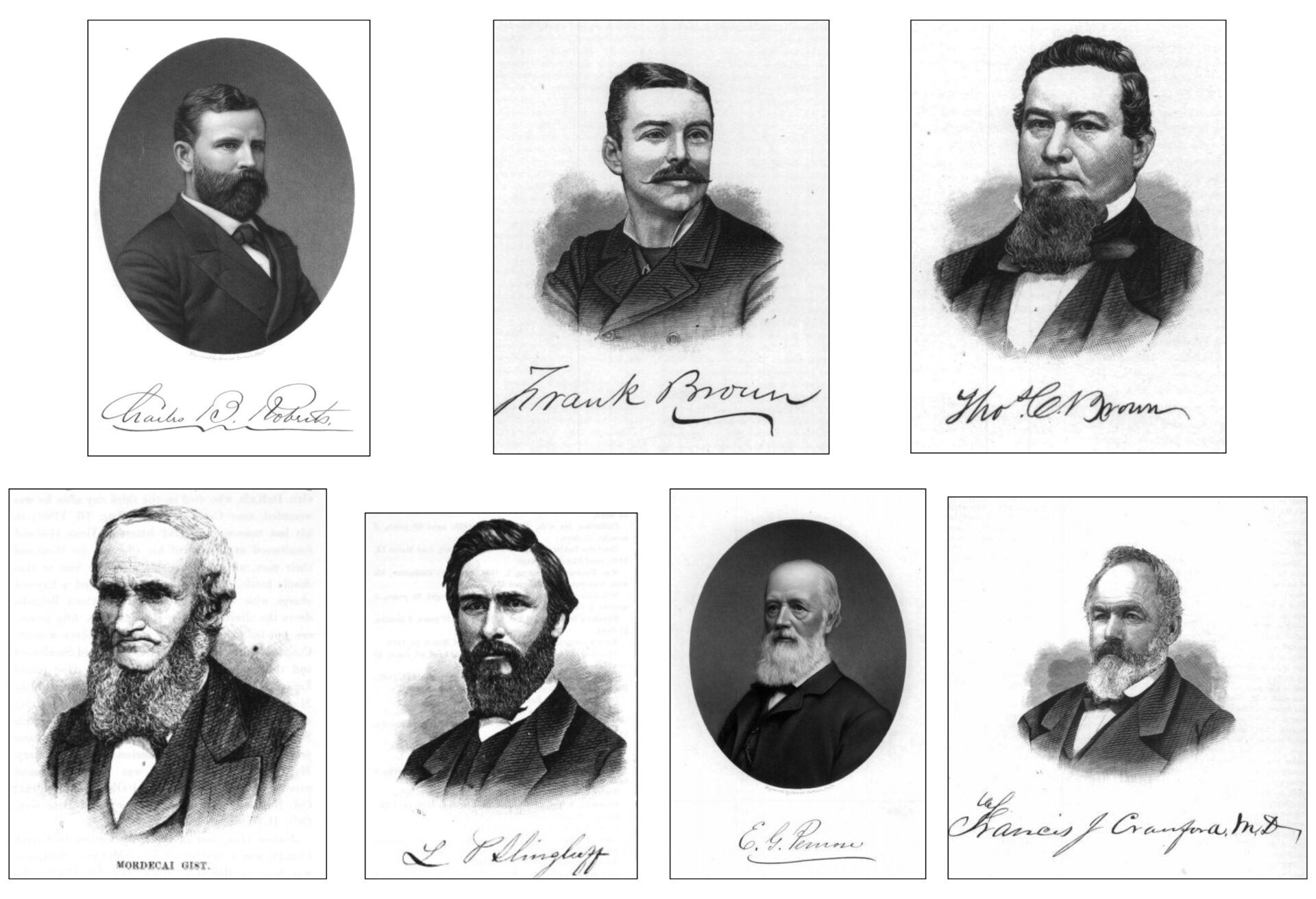 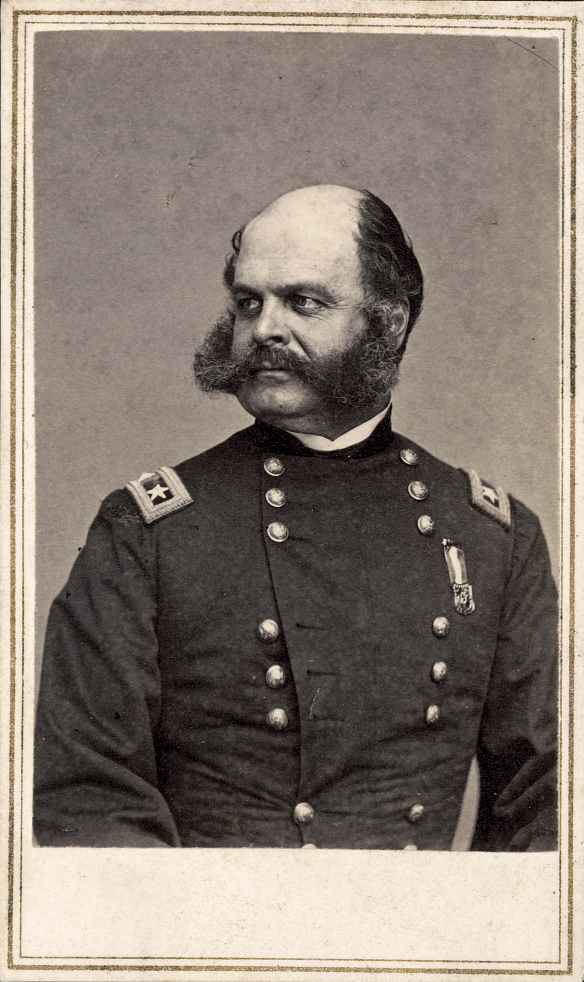 Caption: The “muttonchops” of Union General Ambrose Burnside were famous. His troops fought at a bridge over Antietam Creek in 1862 that was later named for him.