Methodists Trace Back to Wakefield Valley

Easter Sunday is an opportune time for a column dedicated to some of the early Methodists who gathered in our area when that denomination began attracting converts in America.  Because the story of Robert Strawbridge is well-known thanks to the Strawbridge Shrine off Wakefield Valley Road outside New Windsor, I will focus on several lesser-known individuals.

The Wakefield Valley seems to have attracted many of the early converts, probably because of its association with Strawbridge himself, but also because the land was excellent for farming.  The John Hambletons were practicing Methodists in Harford County, yet they must have envisioned joining a more dynamic Methodist community when they moved to this area in the early 1800s. Their home, still standing, lies half a mile east of the Valley.

Two Baltimore City Methodists, Francis Hollingsworth and James McCannon, uprooted their families about the same time and built impressive homes in the Wakefield Valley.  There is a wonderful story concerning McCannon which appears in a few publications.  He was a tailor and friend of the famous Methodist circuit rider, Bishop Francis Asbury.   Asbury was reluctant to have his portrait painted, but McCannon promised to sew waistcoats for impoverished Methodist preachers IF Asbury agreed to sit for a portrait.  Asbury relented and that portrait, which once hung in McCannon’s home, now is part of the collection at Baltimore’s Lovely Lane Methodist Museum and Archives.

Leonard Cassell and Jesse Durbin resided between Westminster and New Windsor.  The Cassell family had been in the area since at least 1758 and their home became the site of many Methodist gatherings.  Leonard, a descendant of the first Cassell convert, was noted for his wickedness and fearlessness as a youth, but upon accepting the faith, he was said to be “fearless in piety.”  According to one story, a local Catholic miller greeted Leonard saying, “Well, Leonard, I have heard that you have made a fool of yourself, and have joined those noisy, hallooing Methodists.”  Leonard replied, “Yes, Mr. ___, I have joined the Methodists, and if by so doing I have made a fool of myself, I have made a fool of myself for Christ’s sake.”  The ancient Durbin House, located at the Wakefield Valley Golf Club, was another site where Methodists worshipped and many people converted to the faith.

Rev. Henry Willis was more widely known than the previously-mentioned residents because of his years as a Methodist circuit rider.  He was born in Virginia in 1762, and took up preaching as early as 1779.  He married Ann Hollingsworth, daughter of the renowned Baltimore City Methodist Jesse Hollingsworth and sister of Francis.  He and Ann built a home, Wakefield, which stands near the intersection of Rte. 31 and Wakefield Valley Road.  Although he suffered from tuberculosis, he toiled endlessly for the church, riding a long circuit and preaching until his health gave out.  One of his sons married a daughter of John Hambleton.  Bishop Asbury often stopped at Wakefield during his travels and the home was a famous Methodist gathering place.  By the time Willis died in 1808, he was an iconic figure. 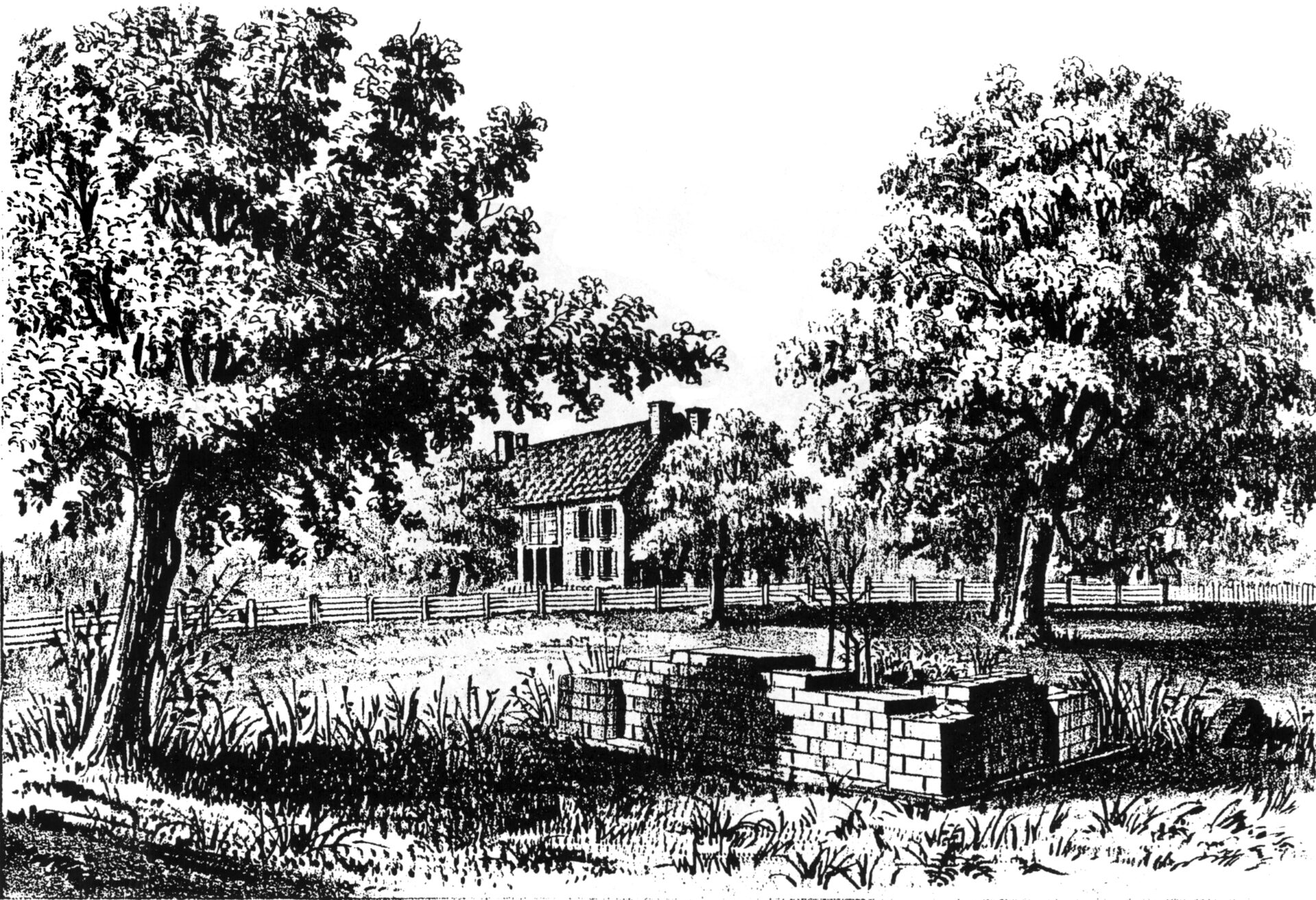 Photo caption: The grave of Rev. Henry Willis appears near his home, Wakefield, in this mid-nineteenth century drawing.   Today there is no substantial evidence of the grave.  He may have been re-interred in Baltimore where his wife is buried.