You are probably reading this column because you enjoy history, especially local history.  Maybe you’re a Carroll County native…maybe not.  I didn’t set foot here until 1969, and doubt whether any of my ancestors did either, but sometimes you say to yourself, “If you can’t beat ‘em, join ‘em.”  So I’ve had fun immersing myself in Carroll’s history, although this article isn’t about that.

My great aunt, Anna Elizabeth Paret Davis, delved into her genealogy about 80 or 90 years ago and I was lucky enough to inherit her research.  It followed family lines which went way back, including the Paret line.  Stephen (Etienne in French) Paret (1751-1821) was born in central France to a relatively poor family.  He joined the French army, likely as a teenager, and ended up settling in America.  It would be fun to think he and fellow soldiers arrived here with Lafayette to help Washington defeat the British, but we don’t know that.  We do know he married a young Dutch woman in New York City in the 1790s.  By 1805 he was selling fruit on the streets of Lower Manhattan and his home wasn’t far from where the World Trade Center now stands.

Fast forward 208 years.  My 8-year-old grandson in Seattle was studying immigration in his 2nd grade class and needed information about an ancestor who had come to America, so my daughter-in-law, Maureen O’Leary, called one night to ask what I knew about my side of the family.  What an opportunity to finally use the information from my great aunt!

My grandson has a long name full of family connections.  It is Seamus (James in Irish) Paret (for his grandmother on my side) O’Leary Alspach (for both his parents).  Quite a mouthful!  Stephen Paret was his umpteenth great grandfather.  This was a perfect time for Seamus to learn about an ancestor he’d never heard of, but whose name he bore.

Part of the assignment was to find out where the immigrant ancestor was born, why he left home, what food he would have eaten, and finally to outfit a clothespin doll in what he would have worn.  I suggested a rather drab brown tunic over long pants plus a peasant’s leather boots based on an image on the internet, but Maureen and Seamus took a much more interesting approach even though they admit they took a few liberties.  The clothespin doll ended up in a French soldier’s uniform representing someone of higher rank than Stephen Paret probably ever achieved, but that’s OK when you want an 8-year-old to become enthusiastic about family history.  “Stephen” looked really colorful and I bet he was one of the most exciting clothespin dolls in the class line-up thanks to the artistic talents of mother and son.

Integrating any kind of history, as long as it is appropriate, into your own family story is fun and educational.  Obviously, you will never be able to connect all the dots and must take some leaps of faith, but your ancestors will come alive in the process.  I’m hopeful Seamus is now hooked on his family’s history. 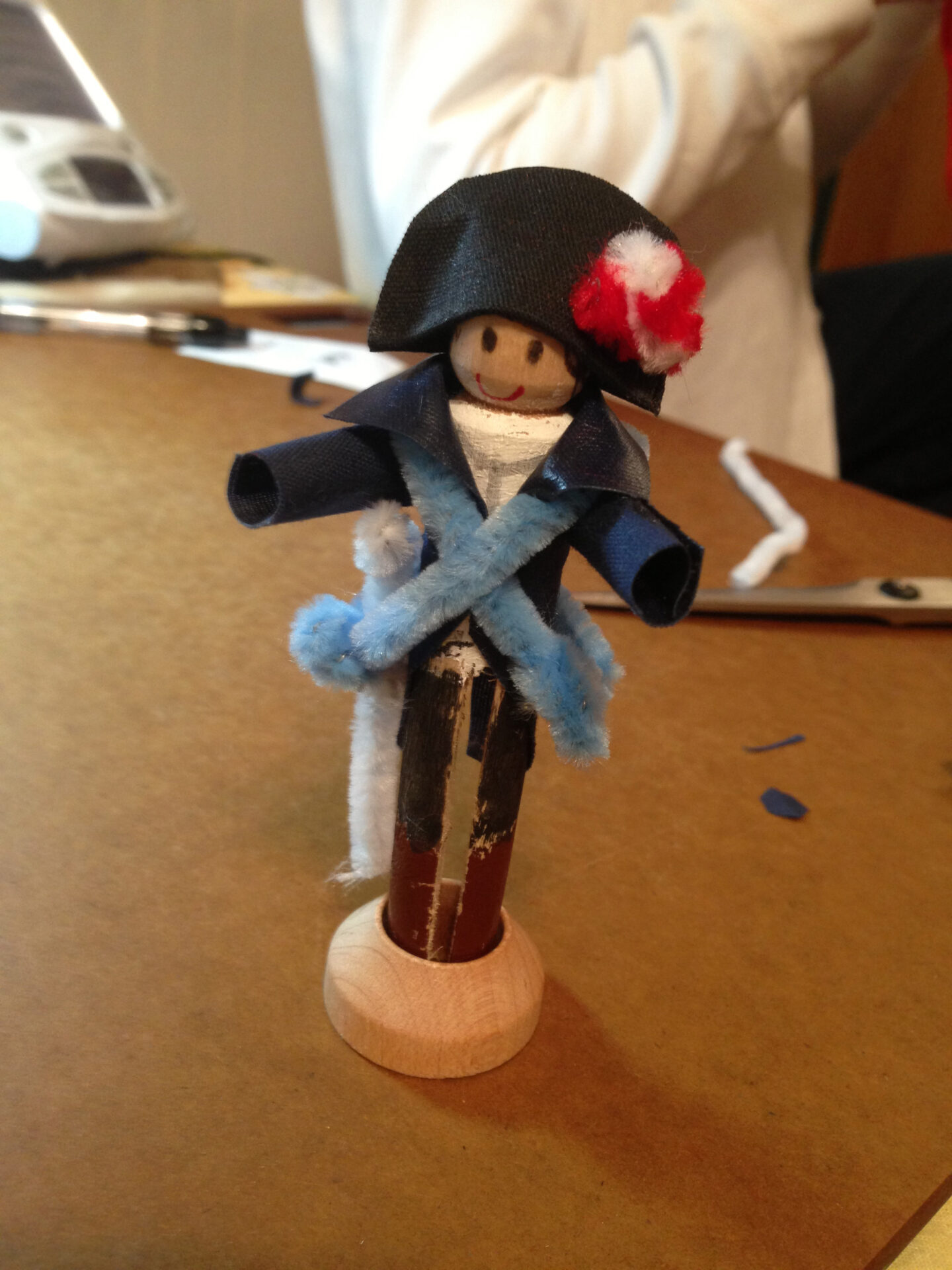 Photo caption: This clothespin doll in French military garb represents Stephen (Etienne in French) Paret (1751-1821), an immigrant to America by the late 18th century.  Please read the accompanying article for the full story.