Thanks to a brochure recently published by the Maryland State Highway Administration entitled “Carroll County African American Heritage Guide,” Carroll citizens can learn much more about the county’s rich black heritage. The brochure is available at branches of the public library and the Office of Tourism, 210 East Main Street, Westminster.

Lots of time and effort went into researching the history of the 20 locations scattered chiefly across the central and southern part of the county. Some locations are well-known such as the Sykesville Colored Schoolhouse, while others will be new to many readers.

If you live in the South Carroll area, perhaps you’ve eaten some of the delicious meals served by members of the White Rock Church. You can buy roast beef or chicken dinners or enjoy special menus offered from time to time. Watch the local newspaper or the sign outside the church on White Rock Road for dates. When you stop, wander around the cemetery to see the family names associated with the church’s long history.

Historic Fairview Church, situated on the Carroll-Frederick border just off Liberty Road, was recently restored, but kept most of its original appearance. Black families built it before the Civil War. Like White Rock, it has an old cemetery that preserves the names of families living in the area since the early 1800s.

Years ago, a number of small black communities existed around the county. Some still do, but you might have trouble finding them. Johnsville, on the western edge of Eldersburg, was such a community and so was Western Chapel between Westminster and New Windsor. You won’t find the name Muttontown on maps, but this was a black community along Bark Hill Road between Uniontown and Union Bridge served by historic Bowen’s Chapel. Muttontown was home to Caleb McPeak, a well-documented black gravestone carver.

Just north of Mt. Airy on Rte. 808 was a black community known as Dorseytown. Carroll County had many wealthy families named Dorsey who owned slaves, so that’s where the name must have originated.

The SHA brochure points out that most of the African American cemeteries have at least one headstone belonging to a soldier who fought in the United States Colored Troops during the Civil War, but there are military markers showing that local blacks served in all the wars America fought in the twentieth century.

Unfortunately, our area’s historic properties are disappearing, so this brochure appeared at a good time.  Only one of the two black churches to appear on an 1862 Carroll map still exists. That is Fairview. Pool’s Church near Gamber is gone. Many of the schools serving black communities before integration have disappeared or been converted for other uses. The Toop Family Cemetery stood along the road between Westminster and New Windsor, but was relocated when the road was widened years ago.

Anyone interested in the history of local African American schools can find pictures on the walls at the Robert Moton Center, 300 South Center Street, Westminster. The Historical Society of Carroll County maintains a huge file covering most aspects of the county’s black history. 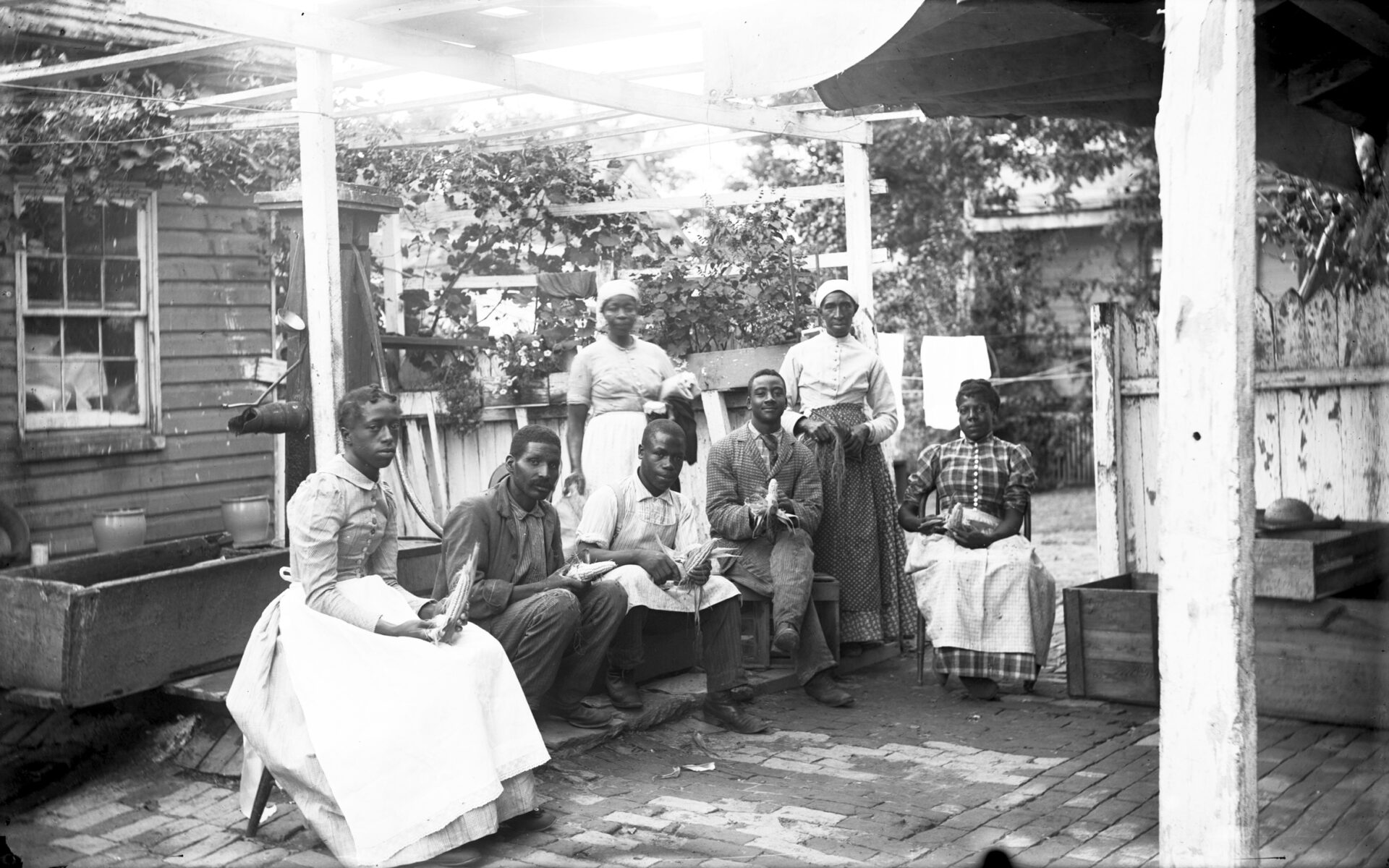 Photo caption:  Many African Americans living in the New Windsor area worked at the Dielman Inn during its heyday as a resort at the end of the nineteenth century. Here a group of them pose in the garden behind the Inn.