If you didn’t see the image attached to this column, would you know what event occurred August 26, 1920? Ellen Goodman, the well-known columnist, wrote about it for many years. Today’s article appears two days after America celebrated the 96th anniversary of the passage of the 19th Amendment which gave women the right to vote.

The struggle for women’s suffrage was long and hard. It began in the mid 19th century under the leadership of Susan B. Anthony and others. Some people now feel it doesn’t get the attention it deserves in the history of the United States, and may even play “second fiddle” to the 20th Amendment – Prohibition. An article in the August 26, 1995, Carroll County Times on the 75th anniversary of the passage of the amendment said, “The women’s suffrage movement shows how ordinary people – people with no vote, no voice, no access to money or power, no right to sit on juries, people who were much less than full citizens – can accomplish great things in our country.”

Dorothy Elderdice (1892-1979) and Mary Shellman (1849-1938), two of Carroll’s best-known feminists and liberals, were adamant in their support of women’s suffrage, and must have been delighted when Teddy Roosevelt’s Progressive Party included it in that party’s platform in 1912. Dorothy once admitted that as a college student she was opposed to the idea, but quickly changed her mind. Mary championed causes such as temperance, suffrage, and improving conditions in the local almshouse. It is more difficult to assess the mood of other local residents, but given the county’s conservative nature, it seems likely that there must have been plenty of opposition to the suffrage movement.

Did any Carroll County women participate in the famous March 3, 1913, Women’s Suffrage Parade in Washington? Both Elderdice and Shellman might have been there.

Westminster’s Democratic Advocate of August 27, 1920, carried an article stating that the Republican County Central Committee “decided to add to the three men from each precinct, now constituting the committee, three women from each precinct.” About two weeks later, the Democratic State and County Central Committee held a meeting and invited a large number of ladies to take part.

A letter to the August 27, 1920, Advocate from Charles O. Clemson under the headline “Congratulates the Ladies” offers some insight into his feelings as well as those of other local men. “My view has been for a long time that women ought to be enfranchised and while I know that many men here in Carroll county has been opposed to that view nevertheless, I feel that the result will justify the end, aside from the right of the matter, about which there never has been any question.” Clemson continued, “Women will not cure all the ills that men have done all these years, at least not quickly, but I have yet to see and instance where women have been banded together for a wrong cause, if they knew what was right. It ought to be deemed a man’s high honor to help the new voters get acquainted with their new duty and privilege.” 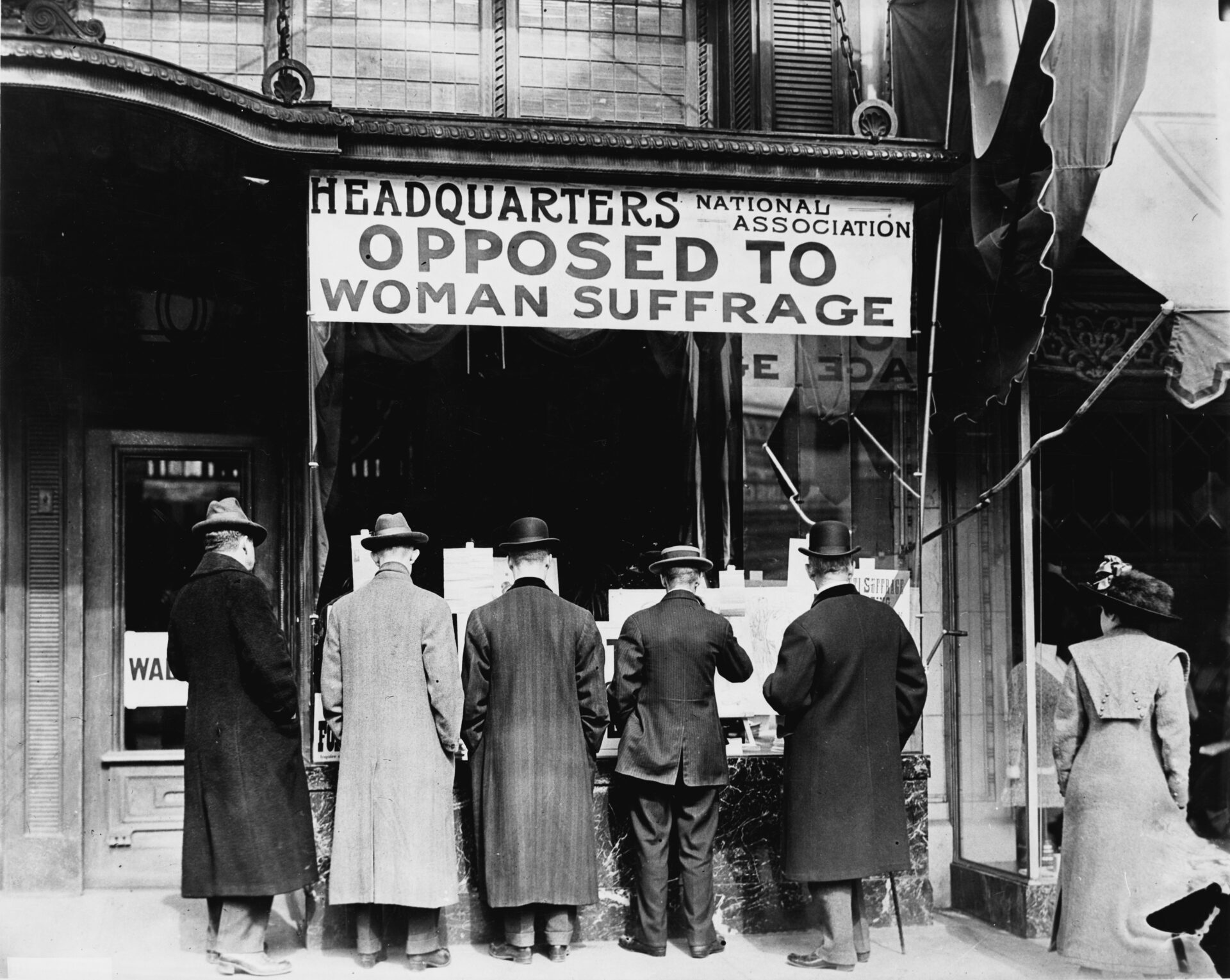 Photo caption: Not all Americans were in favor of granting women the right to vote. This photo, taken about 1911, shows there was strong opposition to the idea. On August 26, 1920, however, the 19th Amendment went into effect and women could vote in that year’s election.