Baile Hall has Served the Community for More Than 170 Years

By Jeff A. Duvall

On Marston Road near New Windsor, a former one-room brick school house now known as Baile Hall sits on the property of the Sam’s Creek Church of the Brethren. People who drive by daily may be reminded of simpler times when only horse-drawn transportation was available. Some may wonder about the origin of the building and who made the effort to improve the surrounding rural community.

The school’s origins began on December 20, 1843, when neighbors Abner Baile, Samuel Evans, and David Kiler obtained a deed from Abraham Albaugh for 14 square perches of land. The deed stated the land was to be used for building a school house that was also to admit ministers of the gospel or to hold temperance lectures and public meetings. The original construction of the building, whether brick, stone, or log, is unknown.

On October 4, 1873, Abner Baile and David Kiler deeded the property known as “Bailes School” to the School Commissioners of Carroll County for one dollar. The school board minutes in the September 6, 1873, Democratic Advocate recorded that Baile’s new brick school house was progressing towards completion, apparently replacing the earlier school.

During the years when Carroll County operated one-room schools, approximately 1.5 to 2.5 miles was the standard spacing for schools. The next closest school to Baile’s was the one in Mt. Vernon (an earlier name for Marston) which was also brick and looked very similar. A February 1880 Democratic Advocate article reported class size there varied from 40 to 50 students who ranged in age from six to twenty years. Miss Mollie E. Daley was its teacher that year.

The earliest known Baile School photo is dated 1892 and shows teacher Miss Lillie Trayer surrounded by her 53 students. Among the family names listed are Kiler, Keefer, Naill, Stem, Franklin, Hollinger, Zile, and Duvall. The demands on teachers must have been stressful with so many students of different ages and their tendency to make mischief. This school photo and many other early ones can be found on the Carroll County Genealogical Society website (http://carr.org/ccgs/) under Genealogical Resources.

On February 20, 1931, after nearly 90 years of providing an education to the children of the community, Baile School was sold to Sam’s Creek Church of the Brethren by the Board of Education of Carroll County for $124. It was added to the church’s existing 2.25-acre property which had been deeded by George P. Albaugh and his wife Francina in 1861. That property also included a cemetery.

A Carroll County Times article in 1959 reported that the Carroll County Association for Retarded Children had recently turned Baile Hall into the Baile Hall Day Center to serve Carroll children not eligible to attend public school due to their mental or physical disabilities. It was used in that capacity for a number of years.

Long after the passing of Abner Baile and others, their original intent to help the community was still in play. Even today the former school building is regularly used by the Sam’s Creek congregation for a variety of functions. 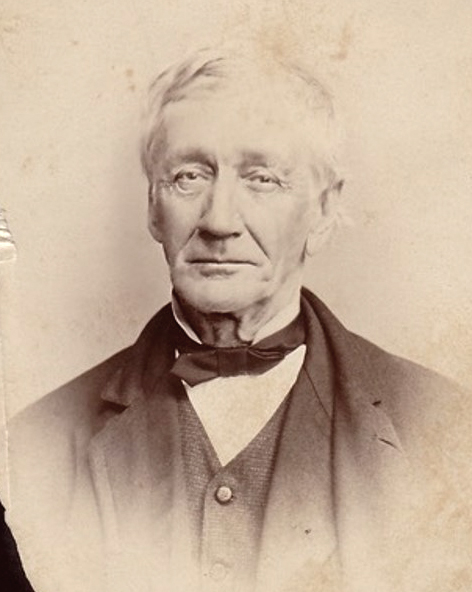 Photo caption: Abner Baile (1807-1894) spent his long life in the vicinity of the village of Marston as a farmer, tanner, and strong supporter of education.