Western Maryland Railroad Ushered in the Heyday of American Railroading

By 1863, the Western Maryland Railroad stretched across central Carroll County as a single-track line from just north of Finksburg to Union Bridge. It played a significant role during and after the battle of Gettysburg and continued to be an important hauler of freight and passengers for many years afterward.

Construction on the railroad stopped for several years after 1863 while money was raised to extend the line to Double Pipe Creek (now known as Detour) and on to Hagerstown. Meanwhile, with the track ending in Union Bridge, engines needed to be turned around for the trip back to Baltimore. A turntable must have existed because the controls on early steam locomotives were not configured for extended periods of running in reverse and top speed was slower.

It took less than a year before the WMRR established a shop beside the turntable to repair and build cars with John C. Davis in charge. “The building was said to be sufficiently large to effect locomotive service and repairs, not only for the existing road, but for the needs of the Hagerstown Extension as well. With either an additional building or extension of this shop building, it was thought that the road could construct all the freight cars it would ever need at less expense than if purchased from a car-building company.” A shed for the engines was a separate, temporary affair and there were plans for construction of a new engine house of brick or stone with room for five locomotives.

Specifics about what existed in Union Bridge seem to be a bit sketchy because of what occurred on the night of December 3, 1868, when “the machine shop, carpenter shop, blacksmith shop and other buildings and improvements, with the exception of the engine house, took fire and burned. The fire originated in the oil house, and so rapid was the conflagration that the tools of the workmen, the books of the company, and all of the finished and unfinished work including a new locomotive in the process of construction were destroyed and lost.”

A week later, Westminster’s Democratic Advocate of December 10 estimated the losses at $10,000 and praised the citizens of Union Bridge and the surrounding area “for the promptness with which they repaired to the scene of the fire, and for their labor in assisting to stop the progress of the destroying element.” That paper reported, “All the locomotives, together with the cars of the Company were saved, and the trains were on regular time next morning.” A conflicting report on the fire indicated an 1859 locomotive, possibly the “Western Maryland” or the “Patapsco,” was so badly damaged it couldn’t be used again.

When census takers visited Union Bridge in 1870, the WMRR shops apparently were back in business because residents worked as “RR painter,” “RR carpenter,” “cleans cars,” “RR blacksmith,” and as machinists or boiler makers, which likely meant they also worked in the shops. There must have been plenty of business. Besides locomotives, the line operated passenger cars, baggage and mail cars, freight cars, etc. The heyday of American railroading had begun. 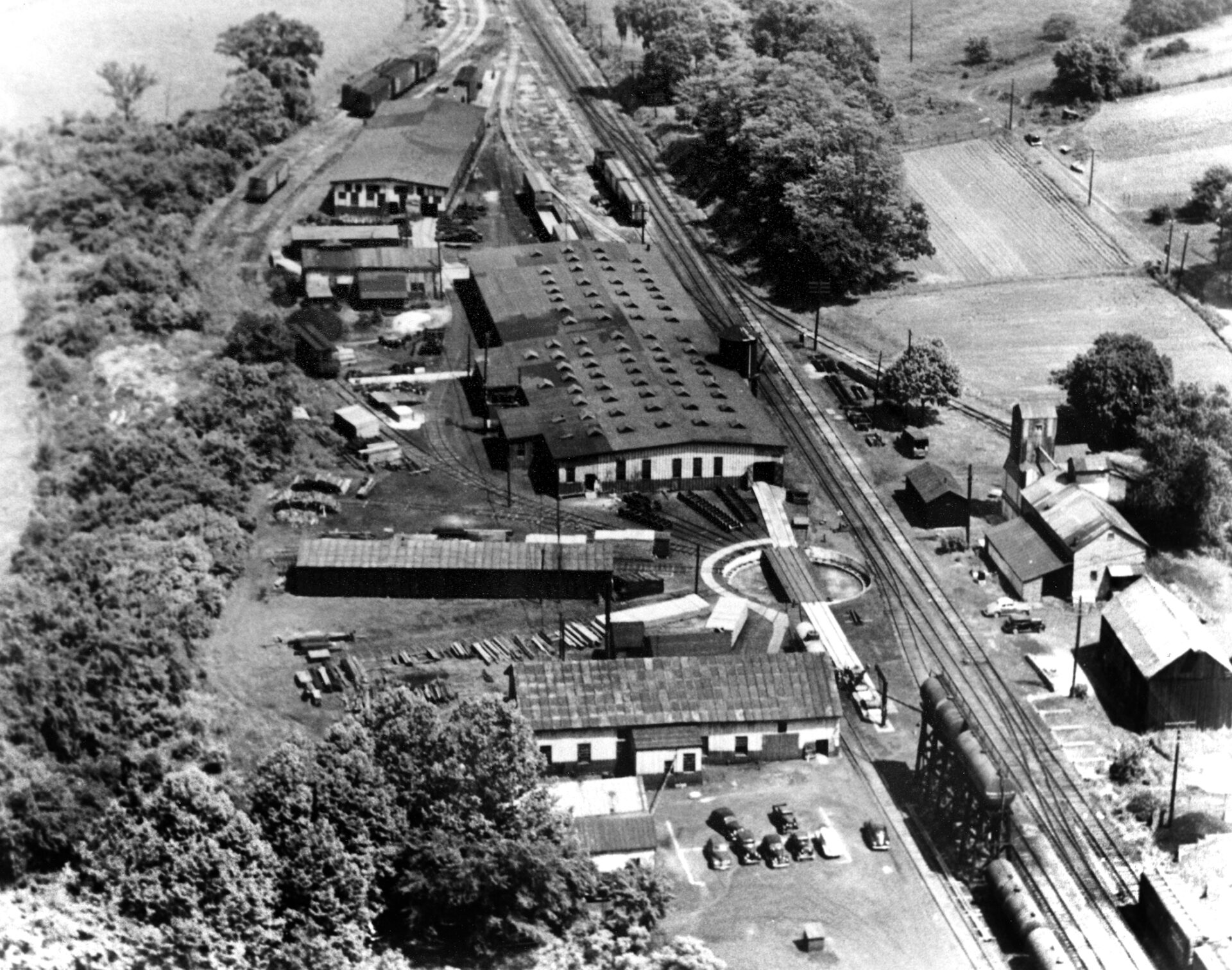