Buffalo Road in Carroll Likely Has Roots in Military

In the southwestern part of the county lies the Buffalo Road. Where did this name come from? Some say it came from the buffalo that roamed the area in the early days, and others say it was a military road to Buffalo, New York. If it was named for the animal, I will leave that up to each person to contemplate.

Several items have been located giving credence to the idea that it was the name for a military road. A letter written by noted New Windsor historian Louis Dielman found at the Historical Society of Carroll County called Buffalo Road a military road to Buffalo, New York, that ran through Carroll County from Ridgeville (just outside Mt. Airy) to Marston, through New Windsor, and on to Uniontown, although no deeds for the area beyond New Windsor ever mention it.

Other supporting evidence comes from T. J. C. Williams’ History of Frederick County and from debates in Congress between 1789 and 1856. You need to understand the American political and military mindset following the War of 1812. It had proved very difficult and costly to move soldiers and supplies to the northern theatre of war along the Canadian border from mid-Atlantic factories and foundries, so a movement to create a National Road stretching from Washington, D.C., to Buffalo began in 1826.

Williams’ book states three routes were proposed – one going through Westminster; one through Frederick and Emmitsburg; and the last through Frederick and Hagerstown. An 1828 map in the War Department files drawn by A. J. Stansbury shows the three proposed routes presented to the House of Representatives. One route from Washington to Route 97 in Carroll County followed the Old Washington Road and proceeded to the north. The second went through Brookeville in Montgomery County and stopped at Unity. The last went via Damascus (Montgomery County) to Ridgeville and on to Frederick.

What a coincidence that Carroll’s Buffalo Road begins at Ridgeville, a point on one of the military routes proposed in 1828! Did entrepreneurs of the 1820s and 1830s envision business opportunities to be had in laying out the road and giving it that name?  When President Andrew Jackson entered office in 1829, the military road project was scrapped, but in Carroll County, the creation of Buffalo Road allowed local products to easily flow from western portions of the county to the markets of Baltimore and Washington.

Guest columnist Jeff Duvall, though a resident of Georgia, has deep roots in Carroll County. 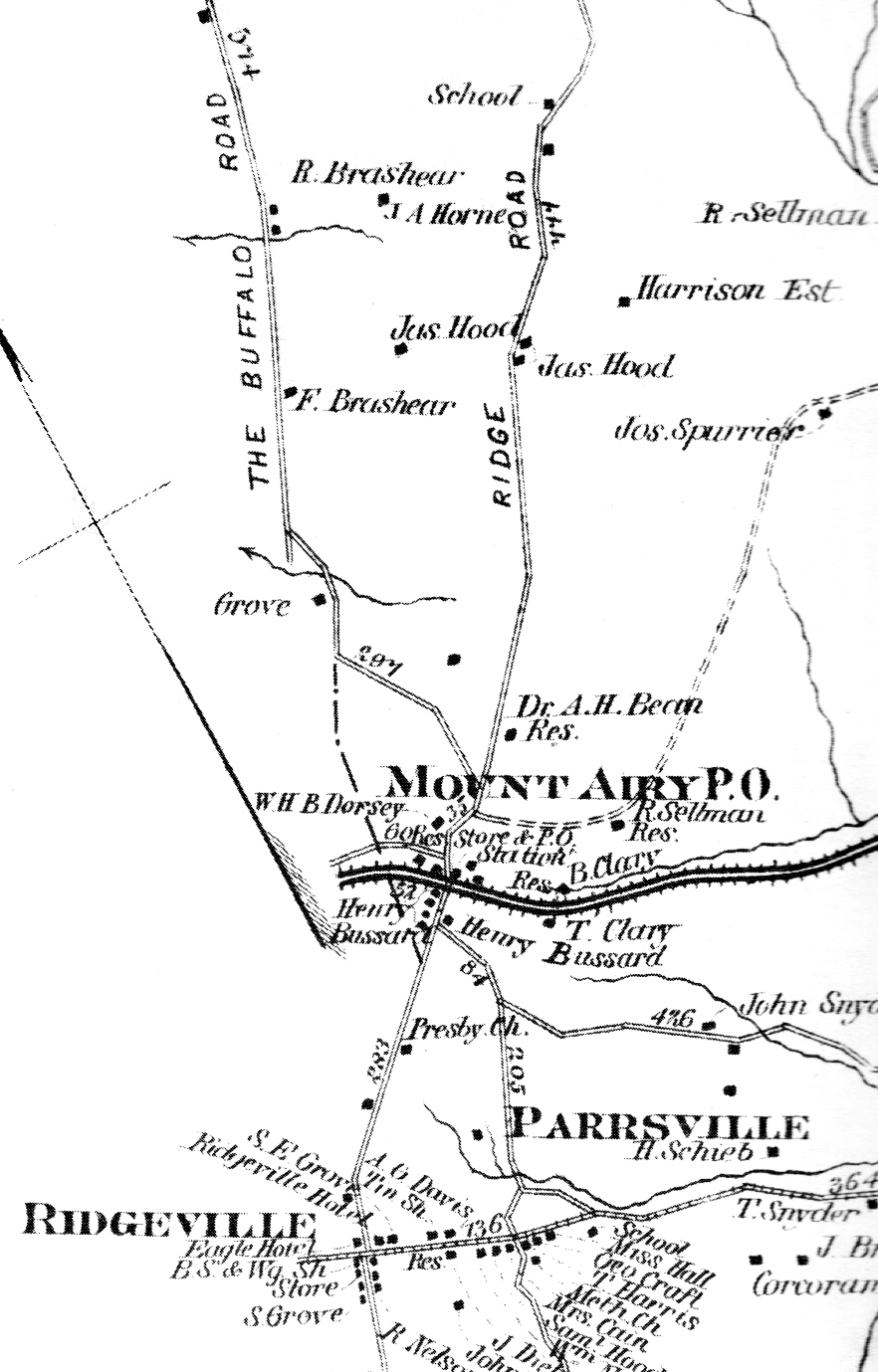 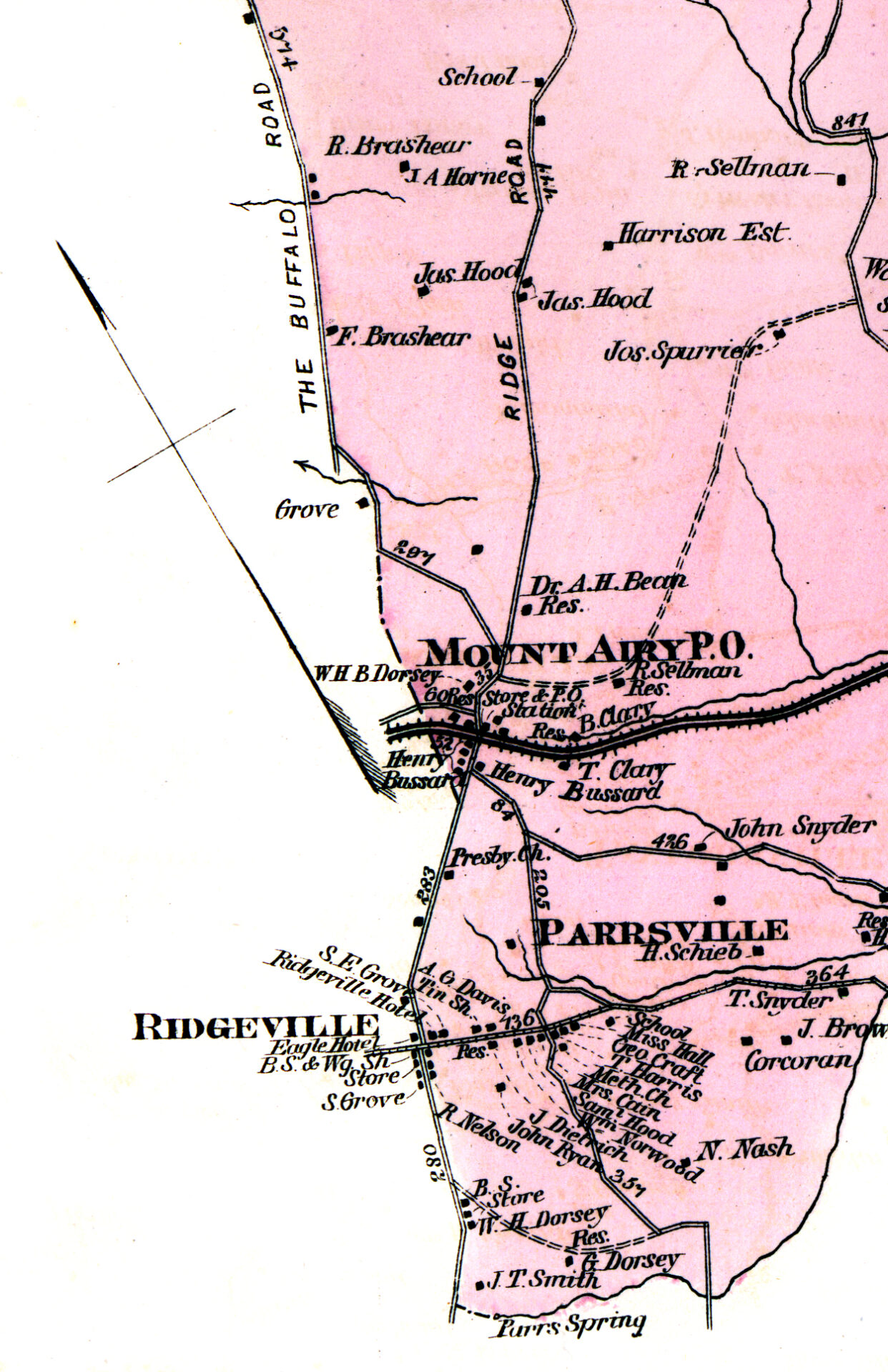 Image caption:  This 1877 map shows “The Buffalo Road” as it begins at the very southwest corner of Carroll County and forms its boundary with Frederick County for a number of miles.