Among the treasures in the Historical Society’s collection is a 9-plate stove made about 1870 by Adam Shower’s foundry and machine shop in Manchester. It is on display in the kitchen of the Sherman-Fisher-Shellman House at 206 East Main Street, Westminster, when the house is open to the public.

Iron stoves, usually consisting of five or six cast iron plates, were first manufactured in the early 1700s. Around 1760, 10-plate stoves, similar to but larger than the 6-plate stoves, became popular. The four additional plates formed an oven with two hinged doors. These stoves eventually replaced the huge kitchen fireplaces seen in early homes where roasts cooked on rotating spits and stews bubbled in iron pots over hot coals. America’s own Benjamin Franklin designed an iron stove, but its shape wasn’t like the one pictured here. In the 1800s, iron stoves also found their way into parlors, churches, and school houses. They were a much safer way to heat than an open fireplace and could burn wood or coal.

Adam Shower (1815-1902) established his foundry about 1851-52 and ran it for many years until his son William H. took over the business. It was located in the center of Manchester and employed up to 30 men, primarily making agricultural equipment. In the 1877 Atlas of Carroll County, Shower was listed as “Proprietor of the Manchester Foundry and Machine Shop.” His name and company are cast into the decorated side plate of the Historical Society’s stove.

An advertisement in an 1853 Westminster newspaper offers insights into what a shop like Shower’s might have produced and/or sold. The Westminster shop owner said, “I do my own casting, smithing, sawing, &c. – Farmers, give me a call and examine for yourselves.” It seems unlikely that Shower made all the wares he sold. Highly complex types of agricultural equipment were probably manufactured elsewhere, while his shop produced ploughs, harrows and the like. Employees also turned out cast iron pots, pans, and kettles as well as more elaborate items like the 9-plate stoves, and they did plenty of blacksmithing work too.

An early Manchester census hints at the local talent Adam Shower could call upon to work with him. The town boasted a number of blacksmiths, a coppersmith, two tinsmiths, two watchmakers, and a machinist. Combining the skills of men like these, he operated a very successful business. In fact, the 1870 census shows him as a farmer as well as a foundry owner with real estate worth $28,000 and personal property worth $2,500, making him one of the wealthiest individuals in the district.

By the time William H. Shower took over the business from his father, the work force was about half the size it had been in the foundry’s heyday. The 1910 census listed both William and his son, W. Ross Shower, as machinists living on “Foundry Avenue” which was close to the corner of Westminster Street and Main Street (Hanover Pike) where the BB&T Bank drive-in stands. A fourth generation of mechanically talented Showers converted the old foundry into an automobile repair shop that is now gone. 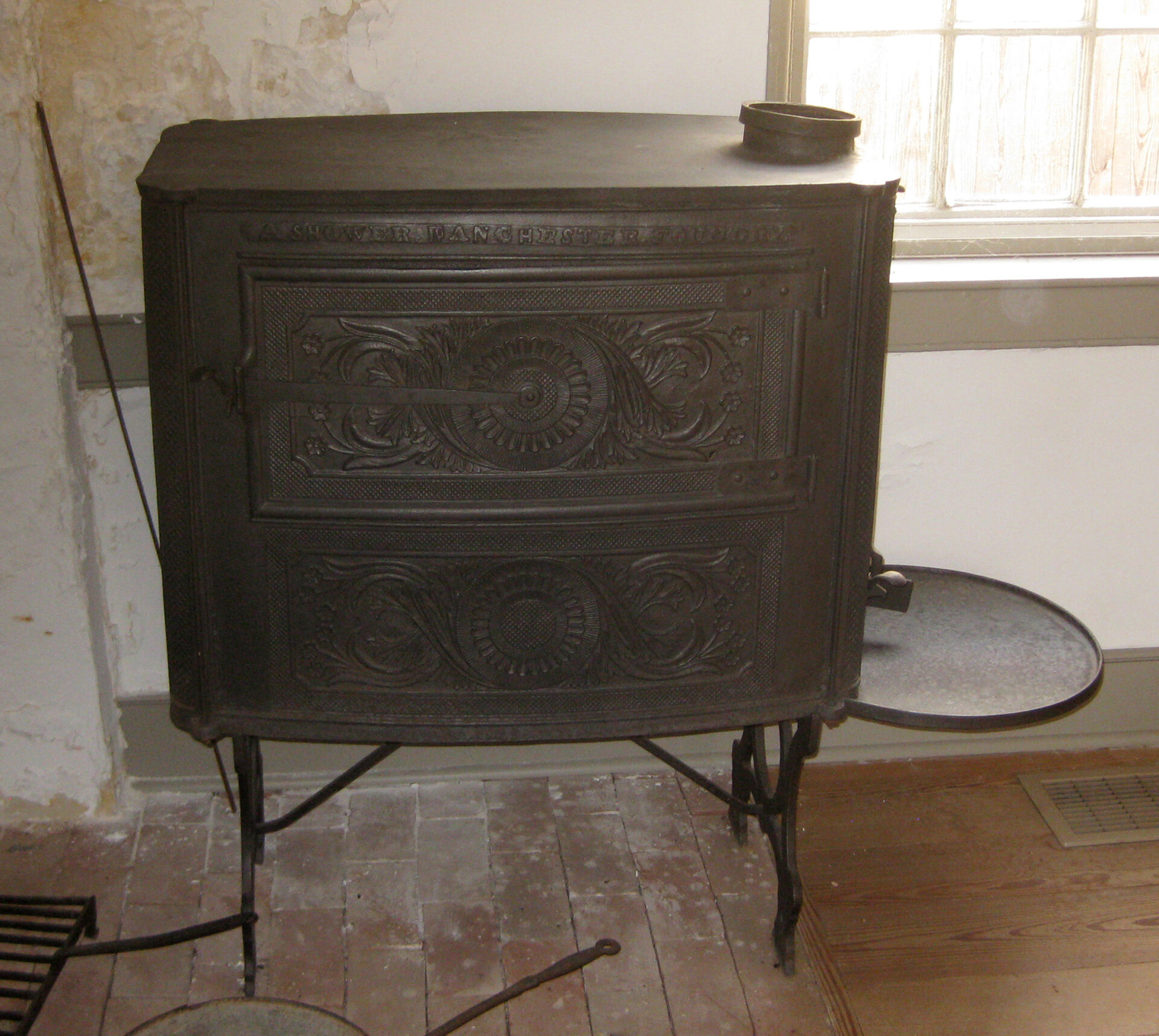 Photo caption: This 9-plate stove owned by the Historical Society was manufactured in Adam Shower’s Manchester Foundry and Machine Shop around 1870.