Families with the surname Dorsey have lived in this area for centuries – since before Carroll County even existed. Some of the early Dorseys purchased large land tracts and owned slaves who toiled on their farms. Carroll’s 1850 census showed eight different Dorsey families in the southern part of the county owning a total of 35 slaves.

There is an inspirational story that appears in A Vision of Home: Centennial History of Mount Airy, Maryland – 1894-1994 involving two African American men named Dorsey, a father and son. Thomas Dorsey, the father, was born a slave near Mount Airy about 1844, and learned the blacksmith and wheelwright trades as a young man. Like a number of Carroll County slaves, he acquired his freedom by enlisting in the Union Army during the Civil War. Company F of the Fourth Regiment Infantry, United States Colored Troops included two other Dorsey men, but only Thomas survived the war. Who knows whether he was ever called upon to use his skills during his wartime service, but it seems quite possible.

On May 20, 1865, Dorsey was mustered out of the army and returned home to start a blacksmith business. He also began preaching the gospel. He probably preached at Mt. Zion, a Methodist church on Harrisville Road, because his first blacksmith shop was in the community of Harrisville, just a few miles north of Mount Airy. The church, which also served as an African American school in the late 1800s, is gone, but its small cemetery survives. Thomas later moved his business to the northern edge of Mount Airy where he and his wife raised three children.

Thomas Dorsey taught one of his sons, Nick, to be a top-notch blacksmith and wheelwright, and Nick established his own blacksmith and wheelwright shop on the west side of Ridge Road (present-day Route 27) north of town before the turn of the 20th century. By 1906, he was also operating a general merchandise store on the east side of the road. Both businesses were in a prime location along a main road connecting Westminster to Howard and Montgomery counties.

During the first few decades of the twentieth century, Nick Dorsey became known far and wide for his expertise in repairing and fabricating farm equipment. In addition, he could not only shoe horses, but also repair truck beds when trucks began replacing farm wagons. In his spare time, he bought and sold real estate in the Mount Airy area and may have built at least nine houses.

Thomas apparently instilled more than a good work ethic in his son. Nick offered help to many who were unemployed during the Depression and “when anyone had a fire or other disaster, he was among the first to ‘pass the hat’ to assist.” During World War II, German POWs worked in his blacksmith shop.

Grafton “Nick” Dorsey was the first known African American in the vicinity of Mount Airy to own and operate licensed businesses. Dorseytown, the unincorporated small community on the northern edge of Mount Airy, was named in honor of this successful son of a former slave. 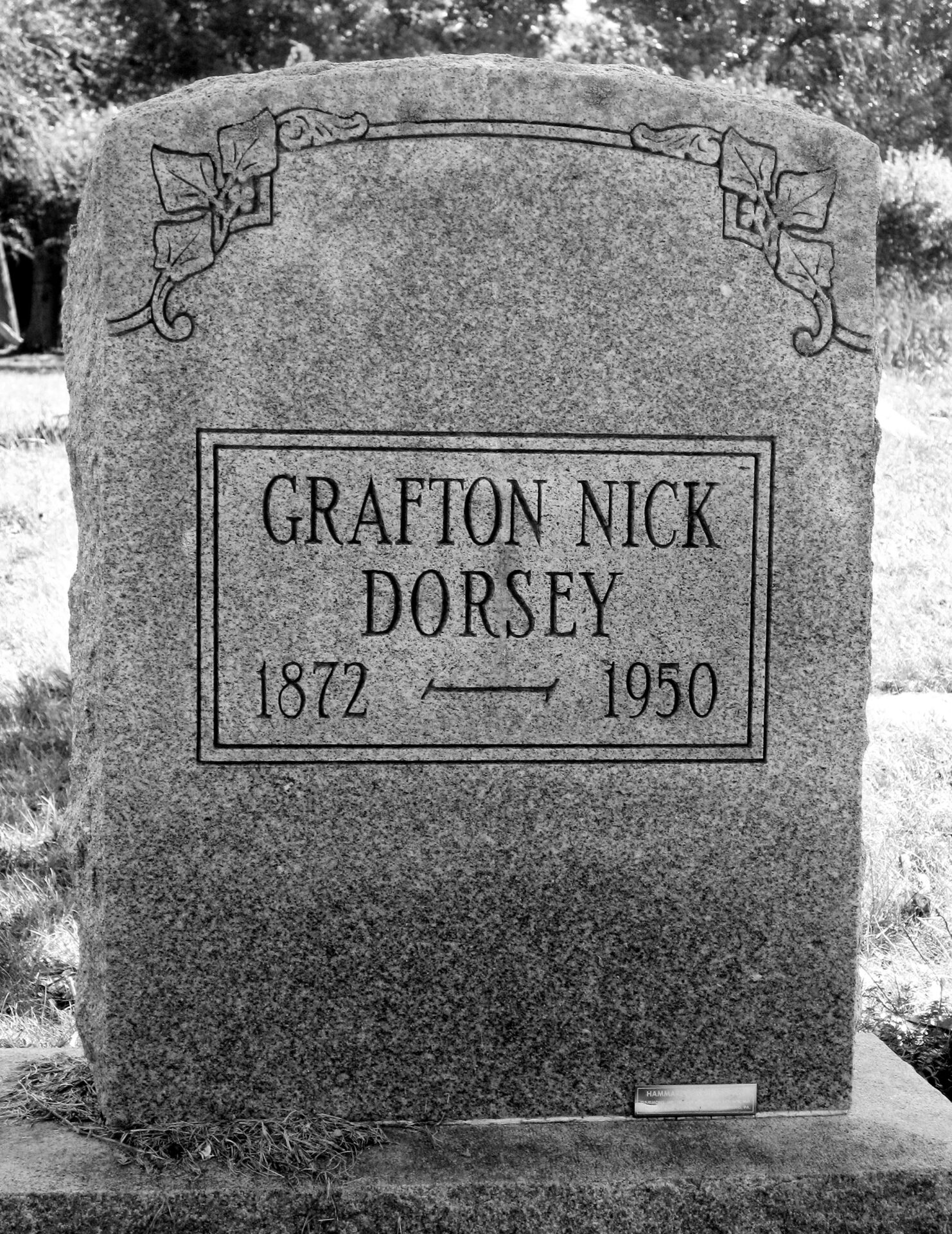