In September 1862, Robert E. Lee led his Army of Northern Virginia into Maryland for the first time and the state experienced the Civil War in a new way.  The battles at South Mountain and Antietam must have been very sobering in Carroll County although they took place chiefly in Washington County.  Westminster’s American Sentinel newspaper for September and October of that year reveals local reaction to the aftermath of the battles and the gloomy prospects ahead.  Citizens responded in a variety of ways.

During the last week the Union Ladies of this place [Westminster] were engaged in the laudable enterprise of soliciting contributions for the benefit of the sick and wounded soldiers, now lying in the hospitals at Frederick, Sharpsburg and other places.  Thanks to our citizens, their humane efforts were eminently successful, and on Friday morning two wagons, loaded with almost every article that could in any way add comfort to their condition, was dispatched, accompanied by trust-worthy persons.  Upon arriving at the different hospitals, the articles were received with feelings of the deepest gratitude, and many fervent blessings were invoked upon the fair donors.  A portion was left at Frederick, Middletown, Keedysville and Sharpsburg.  The Ladies deem it useless to publish a full list, but assure all that every article contributed was faithfully sent and thankfully received.  To those who contributed cash, the ladies desire us to say that purchases of tea, sugar, &c., were made with the amount.  Our Union ladies need no eulogy from us, they understand their duty in the time of their country’s trial, and faithfully are they performing it.

Many more soldiers were needed for the Union army and if volunteers weren’t forthcoming then a draft would be implemented.  Carroll’s quota during the period was 746, “and we stand credited with 499 volunteers, leaving 243 to be raised by draft.  The draft will fall heavily upon some of the counties, as some two are not credited with a single volunteer.  The draft was to be positively enforced on Wednesday in all counties in which the enrollment lists were completed, and where the lists were not completed, it will take place as soon thereafter as the lists are completed.  A sufficient military force will be provided to protect all officers whilst in the discharge of their duties.”

The thought of compulsory service caused an outbreak of “Exemption Fever” among local men.  The following article appeared in the October 10th Sentinel:

This frightful epidemic, which we noticed last week, has been spreading so rapidly through the County, and the list of patients so constantly increasing, that Dr. Warfield found his office entirely inadequate for their accommodation, and in consequence, on Monday morning removed to the Court House, which has since presented the scene of a vast hospital.  We are not advised whether the Corporate authorities had any hand in the matter or not, but the Doctor has our hearty thanks for removing so great a nuisance from the street.

A week later, another article appeared under the title “The Fever Still Increasing.”

For the last two weeks the Exemption Fever has been daily on the increase, some thirteen hundred patients having been examined by Dr. Warfield during that time, and still they come!  Oh, crackee! What a harvest for Doctors and Druggists our County now affords.  If all are to be examined who present themselves, we doubt whether a finish of the business will be made in the next two weeks, and if all obtain exemption who ask it, the draft must be principally made from those over age or deferred until our youth become of age: unless the Government, in view [of] such an extraordinary inability on the part of the male population, would accept a regiment of ladies, whose patriotism and courage we believe far exceeds that of the sterner sex.   But joking apart, the matter is becoming shameful, men have came and presented physicians’ certificates to the Examining Surgeon, took the oath of exemption, and went off boasting that they were sound and healthy, one especially offering to bet largely that he could cut and put up four cords of wood per day.  We see by several of the papers from the lower Counties, that the same game had been tried there, but the parties were promptly arrested and held to answer.  May not the same remedy be applied here.

Ultimately many Carroll County men did their patriotic duty, but as the war came closer and closer, it is easy to understand why “Exemption Fever” might have been a natural first reaction.  After reading the Sentinel’s comment about a “regiment of ladies,” some men may have reconsidered their actions and come to grips with their fears. 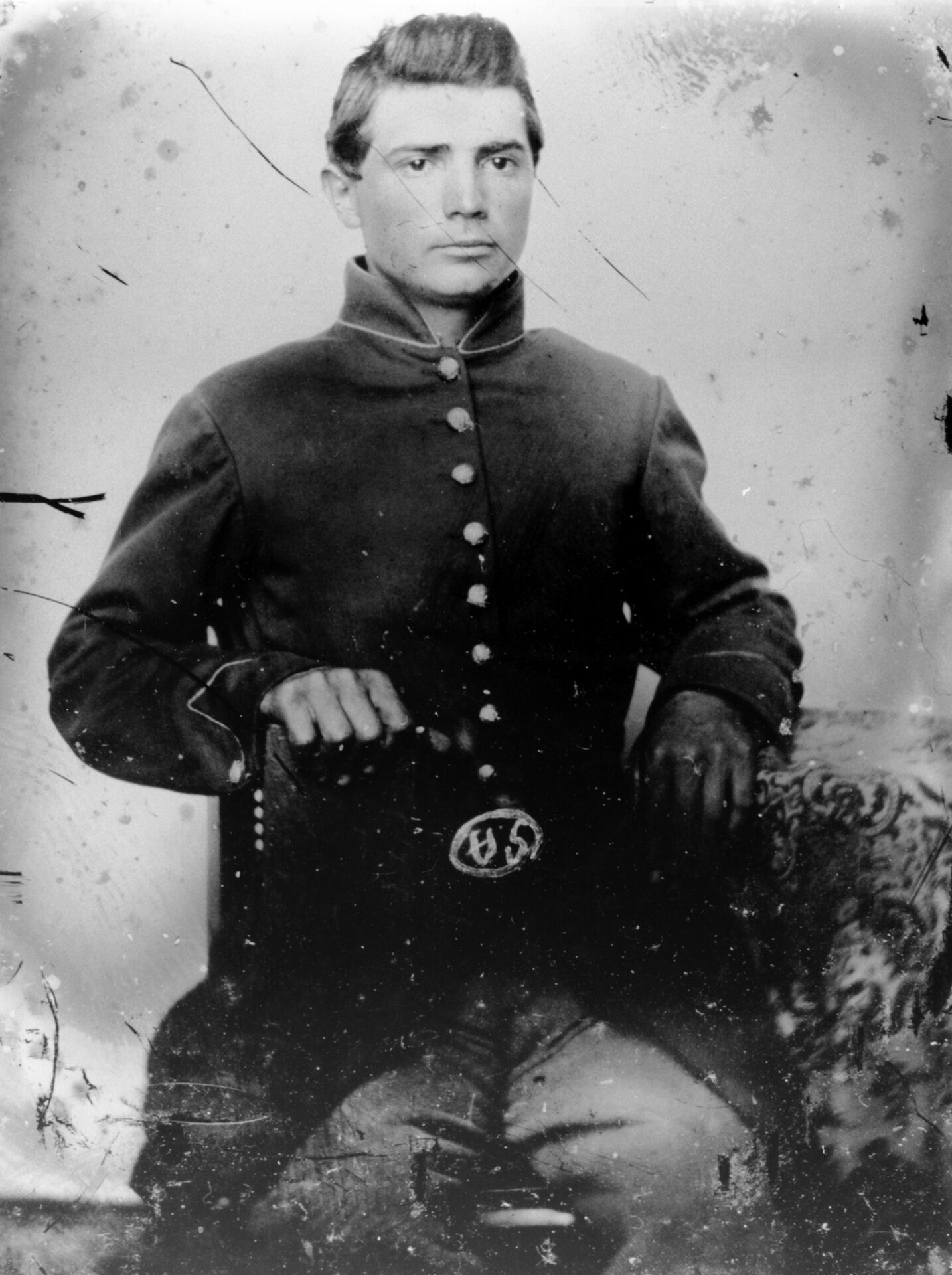 Photo caption:   Hanson Thomas Murray of the Hampstead District in Carroll County enlisted as a private in Co. I, 6th Maryland Volunteer Infantry on August 12, 1862. Murray, by then a Sergeant, was wounded in action at Locust Grove, Virginia on November 27, 1863.  He died on December 3, 1863 at 20 years of age.  From an ambrotype in the collection of the Historical Society of Carroll County.