With all of us locked in our homes, it’s sometimes hard to remember how much time is passing. Easter came and went. And now it’s Mother’s Day already.

Mother’s Day in the United States started in the 19th century. During the Civil War, Ann Reeves Jarvis of West Virginia organized women’s brigades, encouraging women to help local families without regard for which side the men had chosen. In 1868, she organized “Mothers’ Friendship Day” to promote peace between former Union and Confederate families. In 1870, Julia Ward Howe – noted author and abolitionist – wrote a “Mother’s Day Proclamation,” asking mothers to unite in promoting world peace. In 1873, Howe campaigned for a “Mother’s Peace Day” to be celebrated every June 2.

Mother’s Day as an official holiday started in the early 20th century. After Ann Reeves Jarvis died in 1905, her daughter Anna wanted to honor not just her mother but started campaigning for a national day to honor all mothers. In 1908, Congress rejected a proposal to make Mother’s Day an official holiday, joking that they would also have to proclaim a “Mother-in-law’s Day”. However, Jarvis’ efforts caught the attention of Philadelphia store owner John Wanamaker. With his financial support, Jarivs held the first official Mother’s Day celebration at a Methodist church in Grafton, West Virginia. That same day thousands of people attended a Mother’s Day event at one of Wanamaker’s stores in Philadelphia.

By 1912 many states, towns, and churches had adopted Mother’s Day as an annual holiday. Jarvis even established the Mother’s Day International Association to help promote her cause. Finally, in 1914 President Woodrow Wilson signed a measure officially establishing the second Sunday in May as Mother’s Day.

Ironically, while Jarvis had initially worked with the floral industry to help raise Mother’s Day’s profile, by 1920 she had become disgusted with how the commercialized the had become. She denounced the transformation, and urged people to stop buying Mother’s Day flowers, cards and candies, and lobbied the government to see it removed from the American calendar.

Luckily, Jarvis did not succeed and Mother’s Day remains an important day on our calendar. Here are a few images of Carroll County mothers and their children from HSCC’s collection. 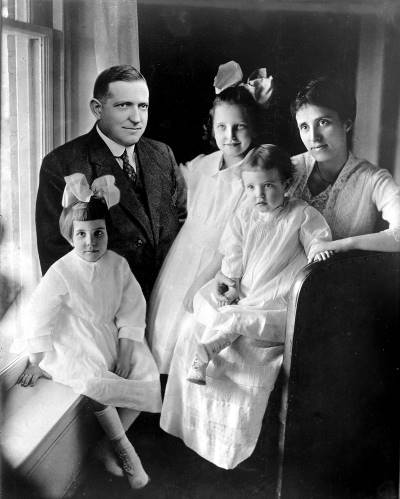 Ella Albaugh Gillelan with her husband Lawrence and their daughters Elizabeth, Ruth, and Margaret, 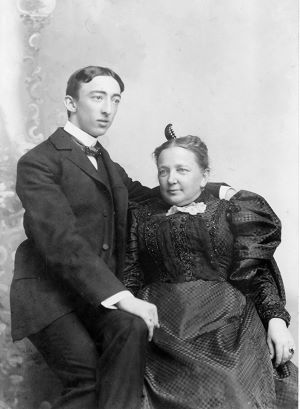 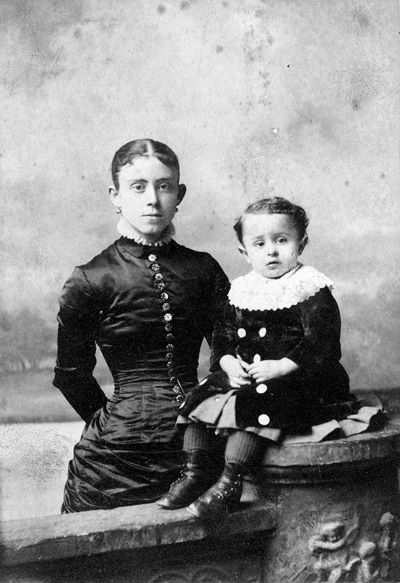 Ella Albaugh and her son Carroll, 1884

Pictured at the top is Mollie Huber with her husband Abraham and their daughter Margaret, c.1870