“Knowledge is power,” said the great English philosopher Francis Bacon.  American slave owners must have realized the truth behind that statement because many were determined that their slaves would never learn to read or write.  Even free blacks in America before the Civil War faced great odds if they wanted an education.

During the Civil War, soldiers serving in the United States Colored Troops often learned the rudiments of reading and writing in their spare time from their company chaplain or an officer’s wife.  After the war, the Freedmen’s Bureau helped establish black schools throughout the South.  In fact, promotion of education among newly-freed blacks ranked as one of the Bureau’s most important goals.  There is evidence that several schools in Carroll County may have been built with money from that federal source during its brief existence between 1865 and 1870.

Undoubtedly local men who served in the U.S. Colored Troops returned from the war proud not only of what they had done to preserve the Union, but also of the education they received.  Many of them were soon recognized as leaders in their communities.  Tracing the post-Civil War history of Carroll County’s black schools merits much more space than this column allows.  However, I hope this offers an overview and I welcome input from anyone with additional information or corrections.

Many of the earliest schools were associated with churches since churches were often the center of Carroll’s black communities – communities located primarily across the southern two-thirds of the County where a number of large farms had been worked by slaves before the Civil War.  By 1881 there were at least seven one-room schools educating roughly 270 black students.  Miss Emma Randolph at White Rock School near Eldersburg had “over 60 pupils of all ages, from great men with stout beards…down to little [ones] just so high.”  The other schools were: Fairview (west of Taylorsville), Poole’s (near Gamber), West End (African) in Westminster, Priestland (African) near McKinstry’s Mills, Middletown (probably associated with Bowen’s Chapel between Union Bridge and Uniontown), and Taneytown.   The public school examiner in 1881 reported Taneytown’s school, housing about 20 students, was in “a lower room of a dwelling house.”

Between the 1880s and 1930s, new schools were established while some old ones were abandoned.  Carroll’s black communities remained where they had always been – in the southern half of the county.  No schools have been identified in the Manchester, Hampstead or Silver Run areas.

In 1932 a Sykesville newspaper listed eleven schools participating in the 13th annual athletic field day of the Colored Public Schools of Carroll County.  They were: Robert Moton (Westminster), Johnsville, White Rock, Western Chapel, Parrsville, Ridge, Sykesville, Winfield, Union Bridge, New Windsor and Priestland.  The winning school, by a margin of almost two to one, was Robert Moton – not surprising since it was the only school serving grades 1 through 11 (or 12).

Until 1932, black children from other parts of the county had to arrange their own transportation to Westminster if they wanted a high school education, but that year the School Board agreed to supplement the money which parents from Mt. Airy, Winfield and Sykesville were raising for a bus to cover the long commute.

After the U.S. Supreme Court handed down its Brown vs. Board of Education decision in 1954, Carroll County schools were desegregated, though Robert Moton, on South Center Street in Westminster, continued to serve black students for roughly ten more years.  It later became an integrated elementary school.  The other black schools were converted for a variety of uses or disappeared. 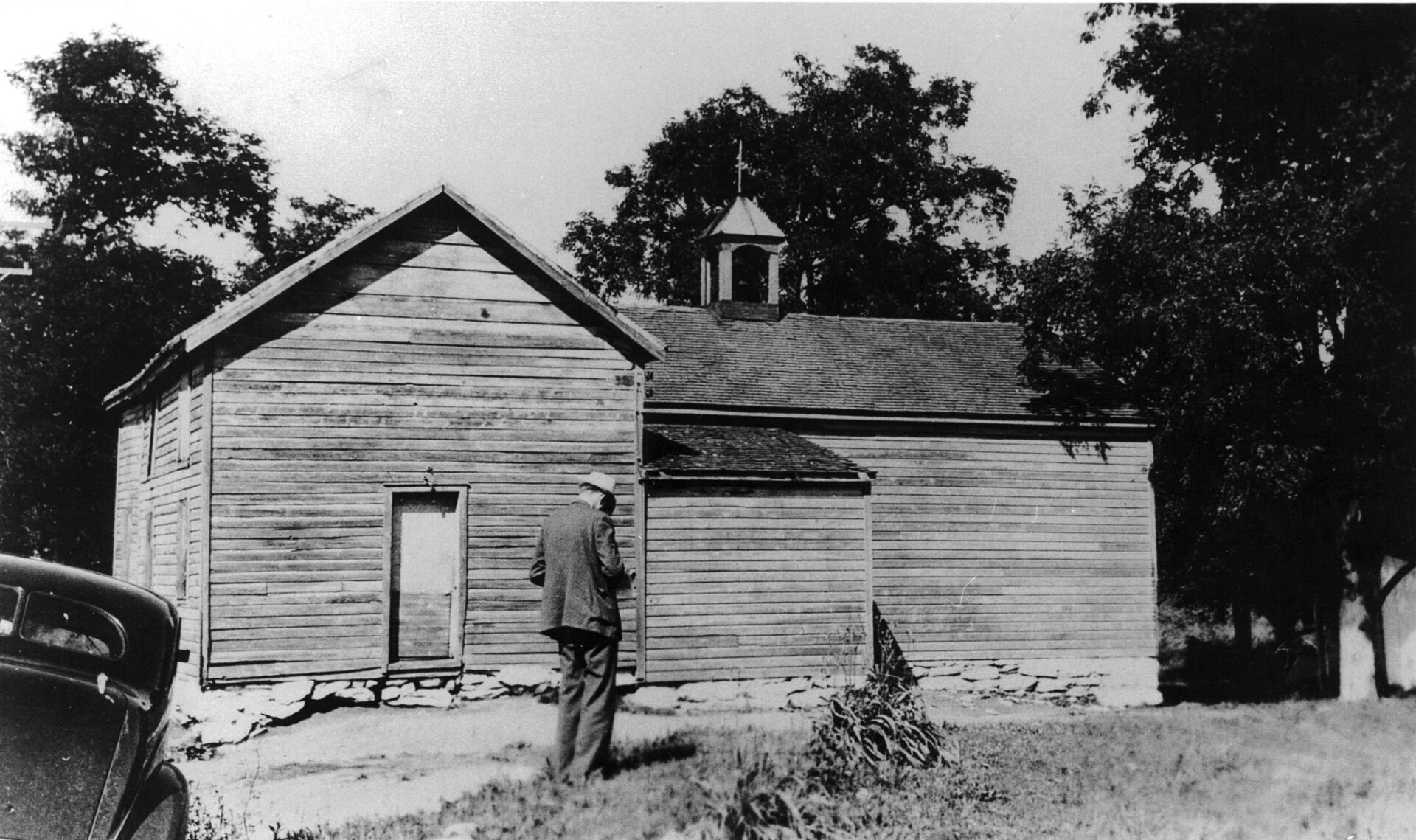 Photo caption: This undated photograph shows Priestland, one of the earliest schools for African American children, located on the western edge of Carroll County between Union Bridge and McKinstry’s Mills.