For fifteen weeks during 1910, James L. Switzer wrote a series of “Reminiscences” which were published in the Union Bridge Pilot.  Switzer was born in the town in 1837 and his family knew everyone.  Sometime between 1850 and 1860 they moved to Iowa, but James was left with vivid memories of his childhood.  Below are snippets from several of his columns.

While we didn’t have grapes, oranges, lemons and dried fruits from California, Oregon, Kansas, Nebraska or any other Western State, we had them nearer home in great abundance, together with cherries, plums, apples, peaches, prunes, strawberries, raspberries, blackberries, dew-berries, quinces, pears – everything plentiful and cheap.  Cherries: you just hitched up the team to the spring wagon, got in a dozen buckets and the whole family and went to David Ecker’s, or Perry’s, or Rinehart’s, or Graybill’s, climbed up into the great “ox-heart” tree or the “black-heart” or “red-heart” trees and picked your buckets full and went home.  If you saw a strawband tied around any of the trees you let that tree alone.  If any of them came out of the house to chat with you you need not feel afraid, because all the trees that had no strawbands were considered public property.  Peaches: the whole lane from the mill to the upper race-bridge was lined with them, inside and outside of the fence and you were welcome to all you wanted to eat or pick up “free gratis for nothing.”  Uncle Dan used to come over and gather up the great big, nice, soft and mushy ones to make “peach leather.”

Another wonder appeared upon the scene about this time…Seances, yes séances all around.  Table tipping was the order of the day.  Talking with departed ones was the one great, absorbing sensation that overshadowed every other thought.  Some thought it from Heaven.  Some thought, from hell.  Some thought it all humbug.  Putting the three together, however, they merged into one triune, amazing, mysterious, inexplicable wonder that filled for a time the heart and mind and thought of preacher, layman, high and low, white and colored, big and little, wise and foolish, saint and sinner, judge, jury, young and old.  Seances were held at Rinehart’s, at Lightner’s, at Shaw’s store, at the Quaker Hill school house, at Switzer’s mill, at Stultz’s mill, at Dr. William Shepherd’s office and many other places.  The apparatus was very simple – a four-legged table or a three-legged stool was all that was required.  The mediums sat around one side with their hands on the table leaving the other side free to tilt up and down.

What did the hired girls get in those days?  50 cents a week with board, lodging and prerequisites.  But there were no hired girls in that country of Quakers and Dunkers, in the modern sense.  Daughters would come nearer expressing the real situation.  We might say “hired daughters.”  The hired girl was one of the family.  She was at home.  Though her wages were low, she was esteemed and cared for and respected…  So hired girls didn’t change places every week or two.  They…stayed year after year as one with the family till some young man came and took them away. 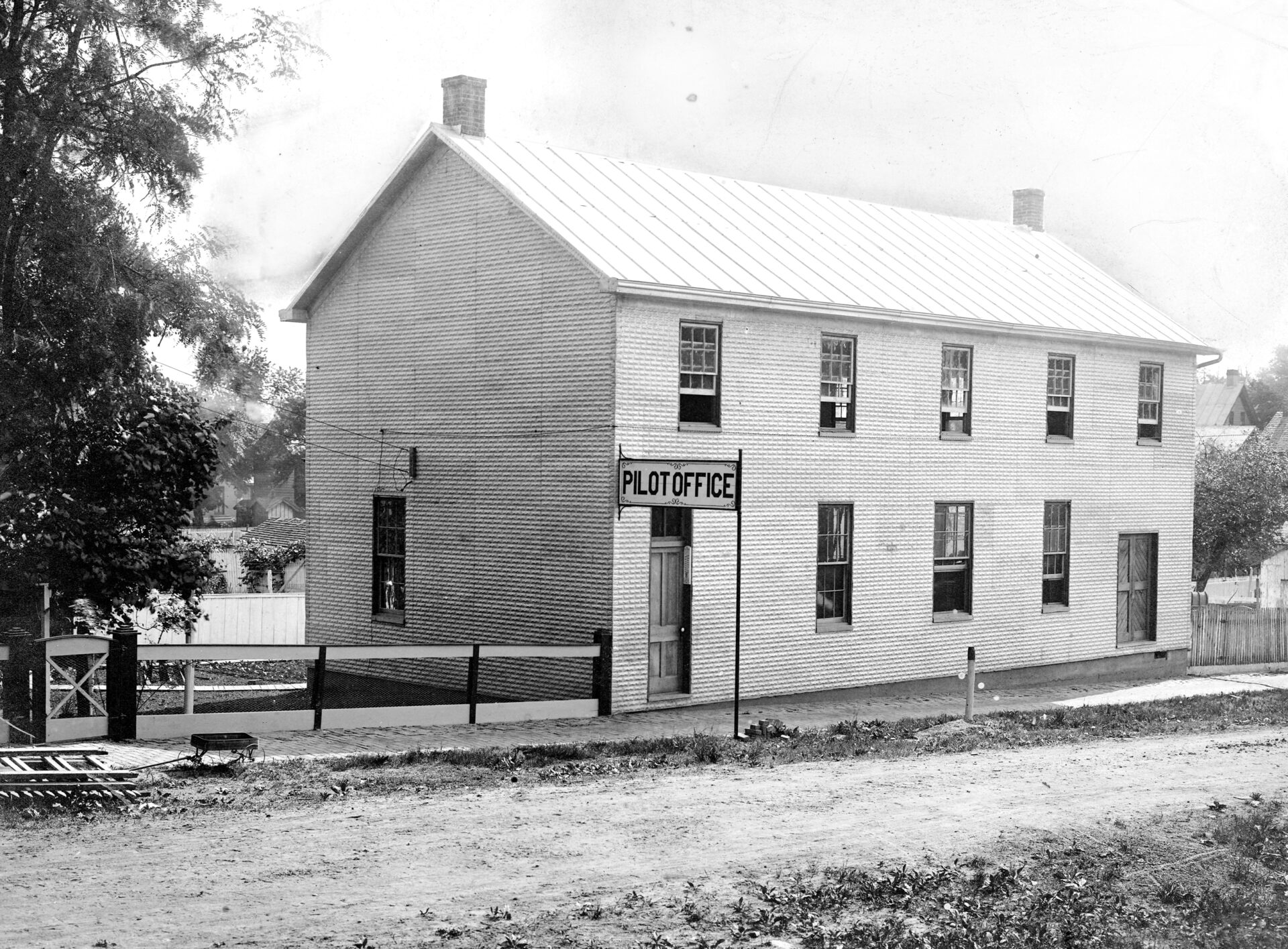 Photo caption:  J. R. Galt and O. J. Stonesifer were editors of the Union Bridge Pilot in 1910 with their press and office in this building.  A year’s subscription cost $1.00.  The newspaper began in 1899.