The history of civil rights activism in Carroll County is long, rich and complex – a history that cannot be adequately covered in a column such as this, even if continued over several months.  Most events never became newspaper stories, so information is best gathered through interviews with those who were intimately involved – a core of local African Americans and whites who slowly and discreetly worked to resolve aspects of discrimination which were subtle or not so subtle.

James Purnell Hammond, whose father Merton “Jazz” Hammond founded the Carroll County chapter of the NAACP in 1953, remembers accompanying his father to Baltimore for meetings with well-known activists such as Clarence Mitchell Jr. and his wife Juanita Jackson Mitchell, Thurgood Marshall, and even Martin Luther King on one occasion.  The Hammond, Butler, Nokes and Milberry families of New Windsor and Union Bridge were pioneers in the desegregation of Carroll County schools in 1955 after the Supreme Court made its famous Brown vs. Board of Education decision.

John Lewis, recently retired as head of the local NAACP chapter, has spent a lifetime working for racial equality.  Much against the wishes of his Sykesville-area family, he became an activist at an early age.  He recalls picketing the Carroll Theatre in Westminster for the right to choose where he wanted to sit, but he is better known for his role in testing local public accommodation laws beginning in the 1960s.

Even after the Civil Rights Act of 1964 was passed, many restaurants, hotels, motels and other establishments in Maryland continued to deny service to African-Americans.  Lewis, Richard Dixon, Bernard Jones, and George Collins were some of the most dedicated members of a group that systematically tested the compliance of Carroll County restaurants, lunch counters, and other establishments.  Some restaurants refused service, but once the law was explained to the owners, the restaurants complied without having to involve the court system.  Lewis stressed this was the way he liked to work – thoroughly investigate a situation first, then sit down and try to resolve it before going further with legal action or a peaceful demonstration.

More than forty years have passed since most of the major civil rights legislation was enacted.   On September 10, 1964, the Carroll County Times published an article entitled “Questions And Answers On Public Accommodation In Maryland” which included the following information:

Question: By what public accommodation laws is Maryland presently covered?

All of Maryland is covered by the Federal Civil Rights Act of 1964.

Question: What public accommodations are covered by these laws?

Answer: The Maryland Law makes it unlawful to refuse service in places of public accommodation to any person because of race, creed, color or national origin.  A place of public accommodations is defined as any hotel, restaurant, inn, motel or establishment commonly known as regularly engaged in the business of providing sleeping accommodations, or serving food, for compensation, which is open to [the] general public.

Carroll County can be proud of its citizens both black and white who gradually negotiated compliance with federal laws through years of work. 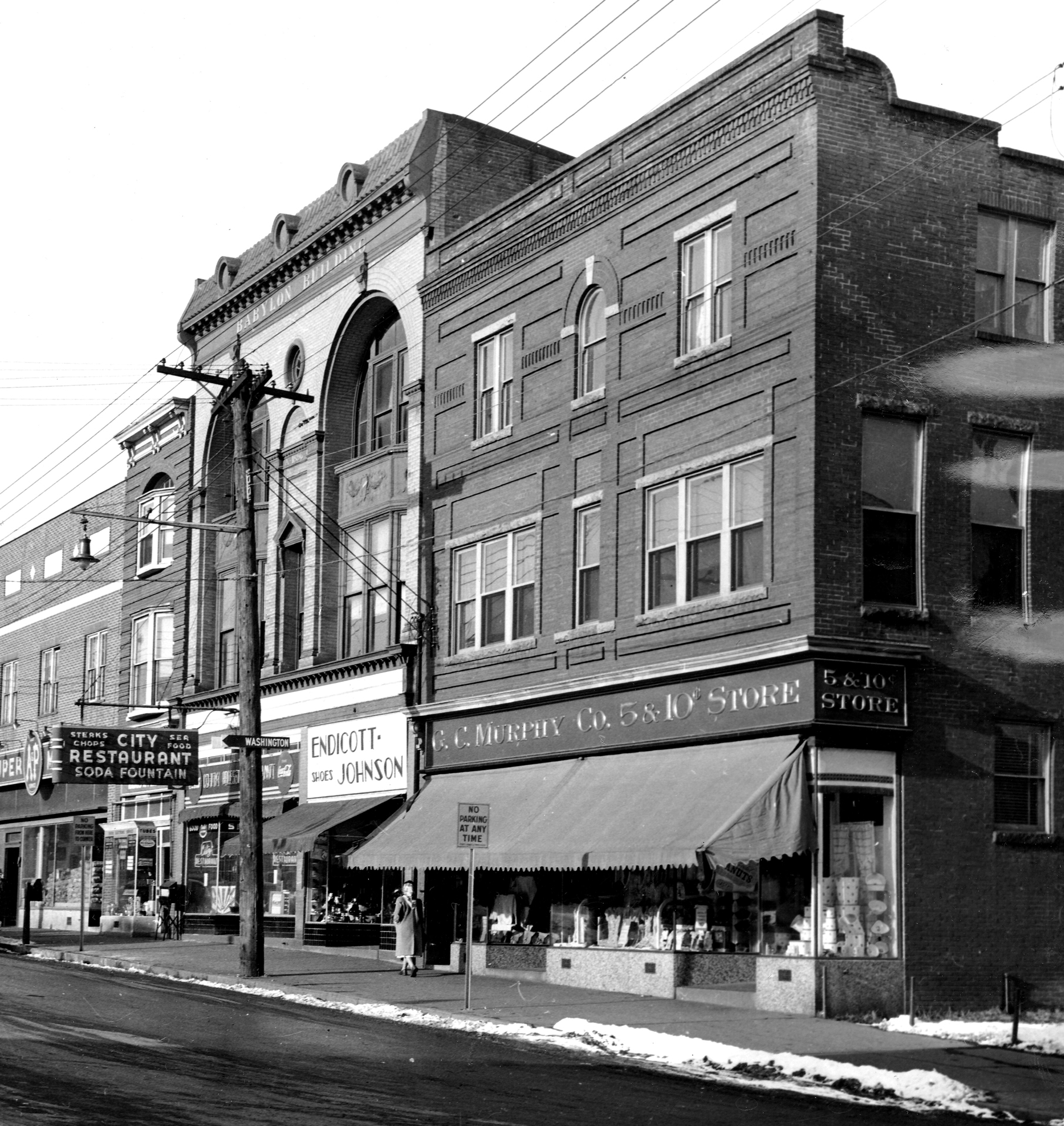 Photo caption:  This 1950s photograph shows part of West Main Street in Westminster.  At that time most of Carroll County was segregated including eating establishments, movie theatres, swimming pools, and schools (until 1955).