Look for History in Carroll

When I moved to Oregon in the ‘60s after growing up in northern Delaware, I was dismayed at what the Oregonians called “history.”  No Revolutionary War battlefields, no cemeteries predating 1840 – even the antiques shops seemed to be full of the same items my parents were still using at home.  It wasn’t that Oregon didn’t have plenty to offer – snow-capped Mt. Hood, deep blue Crater Lake and a spectacular coastline – but I had grown up with Sunday drives to places like Valley Forge and lived beside a church founded in 1706.  Would history be completely left behind on the East Coast and replaced by natural wonders on the West Coast?

It must be the same sensation Europeans feel when first visiting the U.S.  What is so special about Jamestown or Plymouth when their cities go back a thousand years or more?  While there is no comparison, we Americans will pit our tales of heroism at Lexington and Concord in 1775 against anything the Brits want to tell us about Henry V at Agincourt in 1415.  When I finally caught “Oregon Trail fever” and started looking for ruts made by pioneer wagons in the 1840s, I stopped being such a snob and began to enjoy history wherever I found it.

There is plenty to be discovered here in Carroll County if we look, listen and read.  Native Americans left behind a treasure trove of arrowheads and tools in the area where Routes 26 and 32 meet in Eldersburg.  How fortunate someone collected them before bulldozers went to work!  Wolfe Cemetery on Quaker Hill Road outside Union Bridge is one of the oldest burial grounds in the county with many stones from the eighteenth century.  Taneytown can boast of a visit by George Washington.  At the intersection of East Main Street and Manchester Avenue in Westminster, a building still bears the marks of bullets fired during Corbit’s Charge – a clash between Union and Confederate cavalry in June 1863.    Pleasant Valley Cemetery contains a memorial to Loy Myers who died in a French hospital at age 25, victim of a gas attack during World War I.  You don’t have to look far to find something of historic significance.

Many of our communities have formed heritage committees and opened small museums.  The names of the institutions vary, but the purpose is the same – preservation of local history.  There may be an eighteenth century German Bible on display beside a twentieth century high school yearbook, but each says something about Carroll’s history.  The Historical Society of Carroll County, founded in 1939, owns the largest collection of material.  Its monthly Box Lunch Talks, open to the public, introduce aspects of the county ranging from tales of notorious citizens to the history of Western Maryland College.

The next time you drive anywhere in the county, look for an old building which piques your curiosity – house, barn, school, or church.  Ask a few questions of old-timers.  Discover more about this area you call home.

My first home in Carroll County was on Gist Road, about two hundred yards from Long Farm, the handsome white brick house Colonel Joshua Gist built in 1795.  It sits on a knoll looking much as it did two hundred years ago.  Gist was a Revolutionary War militia commander and prominent landowner.  When he died in 1839 he was buried in the family cemetery across the road.  It’s now in the middle of a development, but in 1970 it was surrounded by cornfields and Long Farm was on a stretch of dirt road.  One spring evening that year as I stood gazing toward the farm, I’m sure a company of Union soldiers trudged past in the dust… but I couldn’t quite see or hear them. 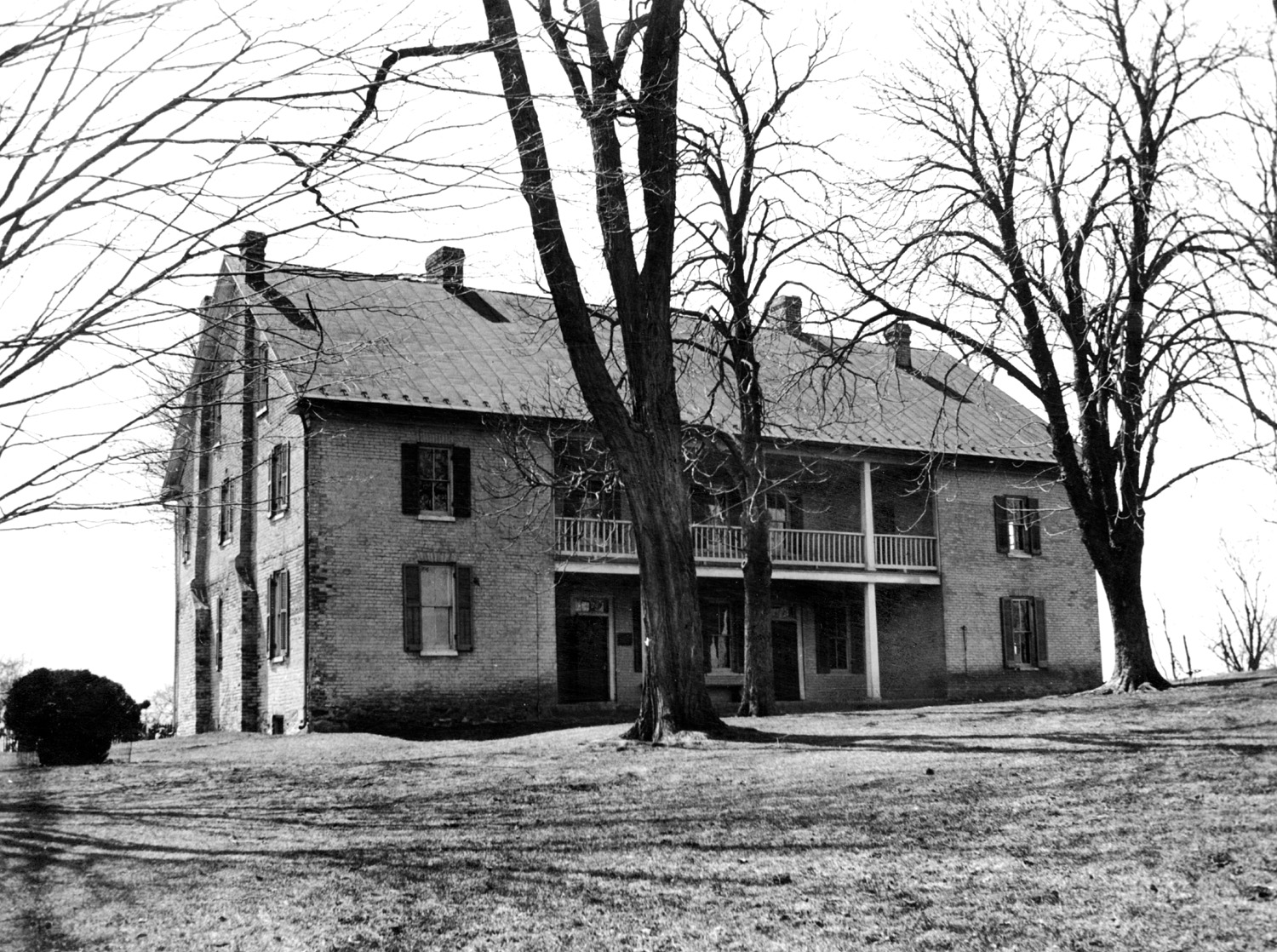 Photo caption:  Long Farm, Colonel Joshua Gist’s handsome house built in 1795, sits along Gist Road on the outskirts of Westminster.  Over the two hundred years of its existence, it has watched much Carroll County history unfold.