As eighteenth century German immigrants moved south and west from the East Coast ports where they landed, they brought along their religious preferences whether Protestant or Catholic.  Carroll County was strongly influenced by German Baptists, also known as Dunkards and later as Church of the Brethren, and by two denominations which worked closely together during those early years – Lutheran and Reformed (now known as United Church of Christ). In the less populated areas of Maryland, the two groups established “union” churches with services held for both faiths at different times. This pattern can be seen throughout the northern and western parts of present-day Carroll County where Pennsylvania Germans settled in significant numbers – Taneytown, Uniontown, Manchester, Silver Run, and Westminster. After building unpretentious log structures when they first arrived, the congregations began erecting attractive brick churches in the early nineteenth century. The architecture is very similar, so it is difficult to differentiate between ones in various communities in grainy old photographs. Unfortunately, not a single union church building from the first half of the nineteenth century has survived.

St. Mary’s Union (Lutheran and Reformed) Church in Silver Run was established in 1762 and followed the pattern of being a log structure that was replaced by a brick building in 1821. The congregations worshipped together until the 1890s when they constructed separate churches about one block apart, but continued to share the same cemetery. Photographs and descriptions document the interior and exterior of the old union church which was demolished in 1902, although some parts were saved.

From the exterior, the church appeared rectangular and two and a half stories high. Worshippers entered through a door on one of the long walls; directly opposite was the handsome, wineglass-shaped pulpit. A canopy-like sounding board hung from the ceiling over the pulpit to amplify the minister’s voice. At St. Mary’s, the iron rod holding the sounding board was uniquely decorated with tin flowers attached by long metal stems, reputedly the artistic creation of an itinerant tinsmith. When the church was dismantled, the flowers were distributed among local families as keepsakes.

Pews occupied the ground floor and steep galleries held additional worshippers on three sides surrounding the high pulpit. During the early days, there were separate sections for older men, older women, younger men and younger women. As late as 1884, German was still being spoken at some services. Heat came from several wood stoves, but there was no chimney; the stovepipes simply ended in the attic!

Dr. Lee Brumback, current pastor at the Lutheran church, described the worship services surrounding the death and resurrection of Jesus Christ as the oldest and most sacred of the Christian tradition. This year’s Holy Week at St. Mary’s was observed in much the same way as in Lutheran churches across Germany that are recovering their historic roots. The Maundy Thursday and Good Friday services were centered around the Stations of the Cross, celebrating the Last Supper, foot-washing and stripping the altar of its cross and appointments. Dr. Brumback wore a simple black cassock on Good Friday in keeping with the somber occasion.  Children who attended Saturday’s Easter egg hunt learned the significance of Easter symbols derived from both Christian and pagan traditions.

Today, Easter Sunday, the somber mood gives way to joyful celebration as the appointments are returned to the altar, the cross is adorned with lilies and flowers of every sort decorate the sanctuary. Just how the residents of Silver Run celebrated Easter two hundred years ago is uncertain, but church traditions do not change quickly. Fresh lilies may not have been available to the congregants at old St. Mary’s Union Church, but the spirit of the occasion must have been very similar.

Photo credits: Historical Society of Carroll County (use whichever one is preferred) 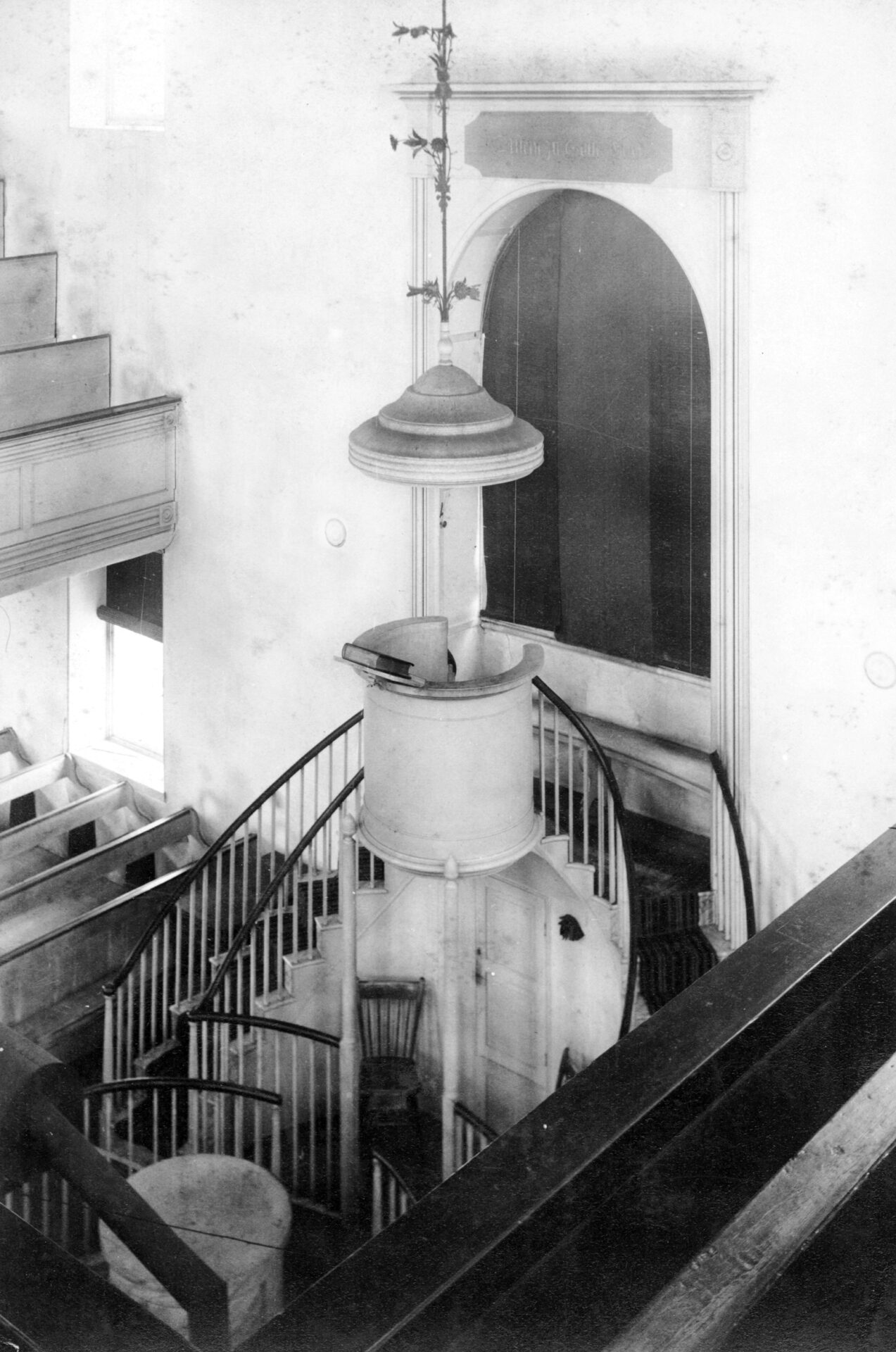