You have probably noticed that most of Carroll’s lush green fields of corn and soybeans have recently turned to drab shades of brown.  Green or brown, they bear witness to the county’s rich soil and the work of her farmers.

Autumn newspapers from the 1890s reveal what harvest time meant in small communities like Frizzellburg, Millers, Silver Run, Haight and Bachman’s Valley.  While soybeans weren’t the popular crop they are today, corn had been a staple for generations of farmers.  Some corn varieties were raised for livestock feed and others for shipment to canneries for human consumption.   During September and October, corn husking was a good excuse for lively get-togethers of farm families.   A labor-intensive task quickly became a social event with opportunities for gossiping, eating and perhaps a little flirting.

As a dominant local crop, corn received plenty of attention in the papers.  In the 1890s it was selling for $2.00 to $2.50 per barrel.  O. E. Phillips of Haight (near Eldersburg) boasted he had found one ear of corn weighing nearly two pounds with twenty rows of kernels at fifty kernels per row.  While husking, someone from the Manchester area came across two impressive corn stalks each with five fully developed ears of corn attached.

Records were constantly reported in the papers for the size or weight of various produce.  Wm. Shank boasted of two pumpkins each more than sixty inches in circumference and weighing over 160 pounds.  Mrs. Theodore Wine of Bachman’s Valley raised several sweet potatoes which weighed over 3.5 pounds each.  Mrs. A. Kurz Myers of Frizzellburg exhibited a red beet at Levi Snader’s nearby store which weighed a hefty 12 pounds.  Oh please, just don’t expect anyone to eat that tough old thing when you bring it back home!  It may be quite a trophy, but don’t even dream of putting it on the supper table in any form, even as a bowl of borscht.

We forget that chestnut trees were abundant in local forests until a fungal infection introduced about 1900 completely destroyed them within four decades.  Almost one-fourth of the hardwood trees in the Appalachian Mountains were chestnuts at the beginning of the twentieth century.  Pigs roaming the woods feasted on the raw nuts and roasted chestnuts were enjoyed by humans.  The chestnut crop “promises to be a good one,” said the Democratic Advocate of October 6, 1894.

Newspapers did not mention deer hunting, but a correspondent from Millers (near Manchester) described the expedition of “an opossum hunting band” which had made a “tour last Saturday night and returned home with five opossums and plenty of skunk odor.”

By October, the grain crops planted a month earlier were showing green in the fields.  A correspondent for the village of Shipley noted in an October 13, 1894 Democratic Advocate that, “early sown wheat and barley are up and growing nicely.”  In Harney, conscientious farmers with an eye toward improving next year’s harvest were hauling lime for their soil.  If they had a free day, they might venture over to the huge agricultural fairs held in Frederick and Hagerstown. 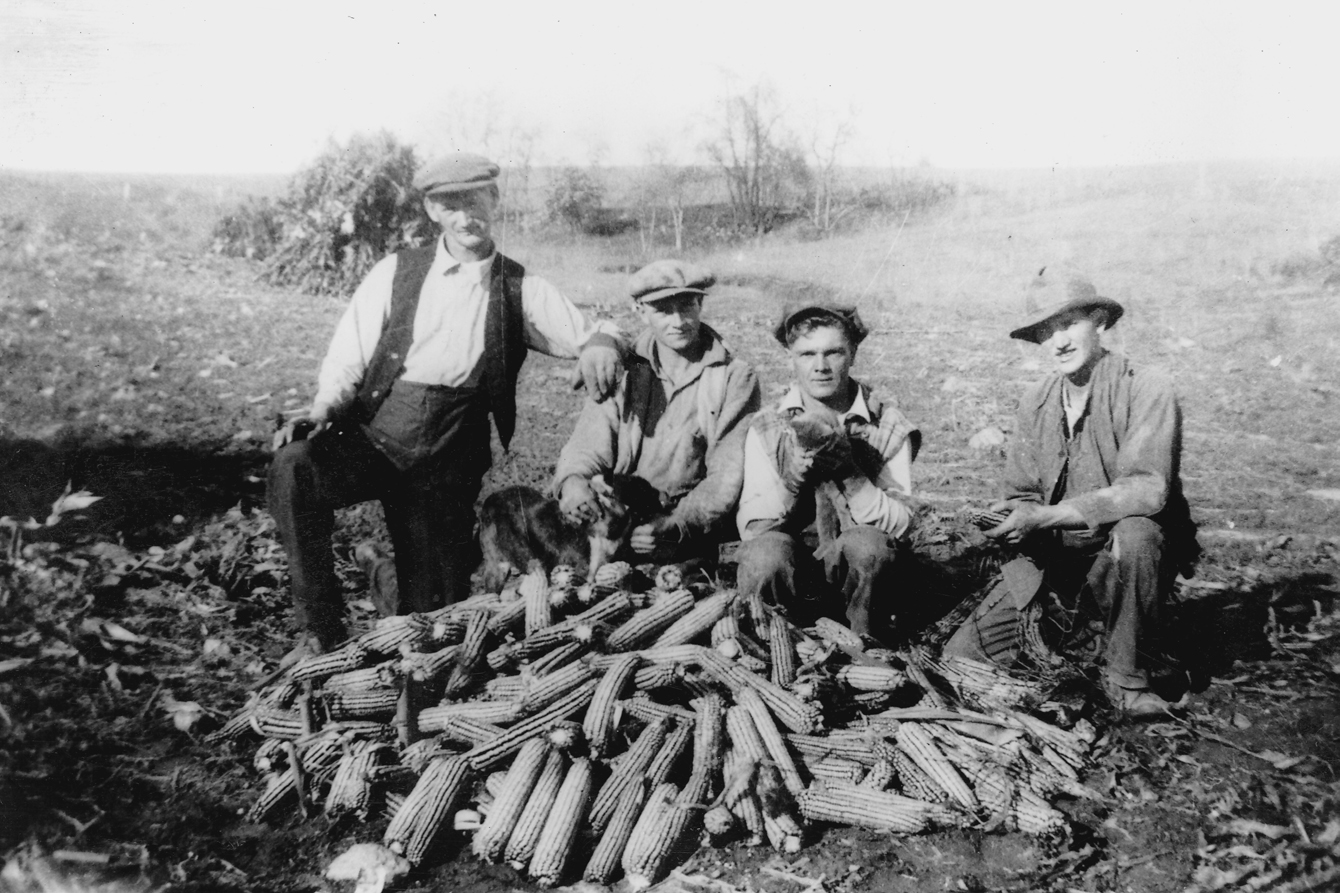