If you were growing up in Carroll County fifty or sixty years ago, the chances are very good that you found summer employment in a canning factory or on a farm which grew fruit or vegetables.   Nobody worked at McDonald’s or Burger King in those days.

B.F. Shriver established the county’s first canning factory in 1868. Although his Westminster plant almost failed that initial season because there wasn’t enough water to meet the heavy demand, Shriver solved the problem by moving his factory to water-rich Union Mills the following season.  The company flourished there and eventually expanded to other locations across the county and elsewhere.  Not only did Shriver operate canneries, but he also purchased farms so he could grow the crops he canned.  At one time, he had more than 5,000 acres under cultivation with a manager for each of the large farms.

Carroll’s soil and climate were so good for raising corn, peas, beans, tomatoes, apples, peaches and plums that other canning companies quickly sprang up around the county.  Some companies distributed their products from coast to coast while others only supplied local merchants.   Railroads were important in helping the industry grow and the most successful factories often were those which had a B&O or Western Maryland siding at their doorstep.

Many natives of Carroll County may remember opening cans of corn with the “Shriver’s A No. One” label from the Westminster plant.  Westminster was also the home of the Smith-Yingling Canning Company.  Other towns had their canneries too.  Taneytown had E. J. Nusbaum; Woodbine had Mullinix, Leatherwood & Weller; Mt. Airy had N. S. Wood & Son; and Gamber had Lewis Shipley’s factory.

Harry Conover and John Foertschbeck, Sr. recently published a book on the canning industry in Carroll and Frederick Counties with colorful illustrations of canning labels plus wonderful old photographs of many of the factories, canning equipment and farmers’ trucks overflowing with produce.  The authors identified more than fifty canning companies which operated here between 1868 and about 1970.  They gathered first-hand accounts from people who worked in the factories either seasonally or full-time and incorporated many articles from nineteenth and twentieth-century newspapers which covered aspects of the industry such as crop reports, child labor laws, and the fires which occasionally consumed factories.

Agriculture has been the mainstay of Carroll County for many years and canning local produce was a natural outgrowth of raising it.  “Carroll and Frederick County Canneries” is now for sale at the Historical Society of Carroll County’s gift shop. 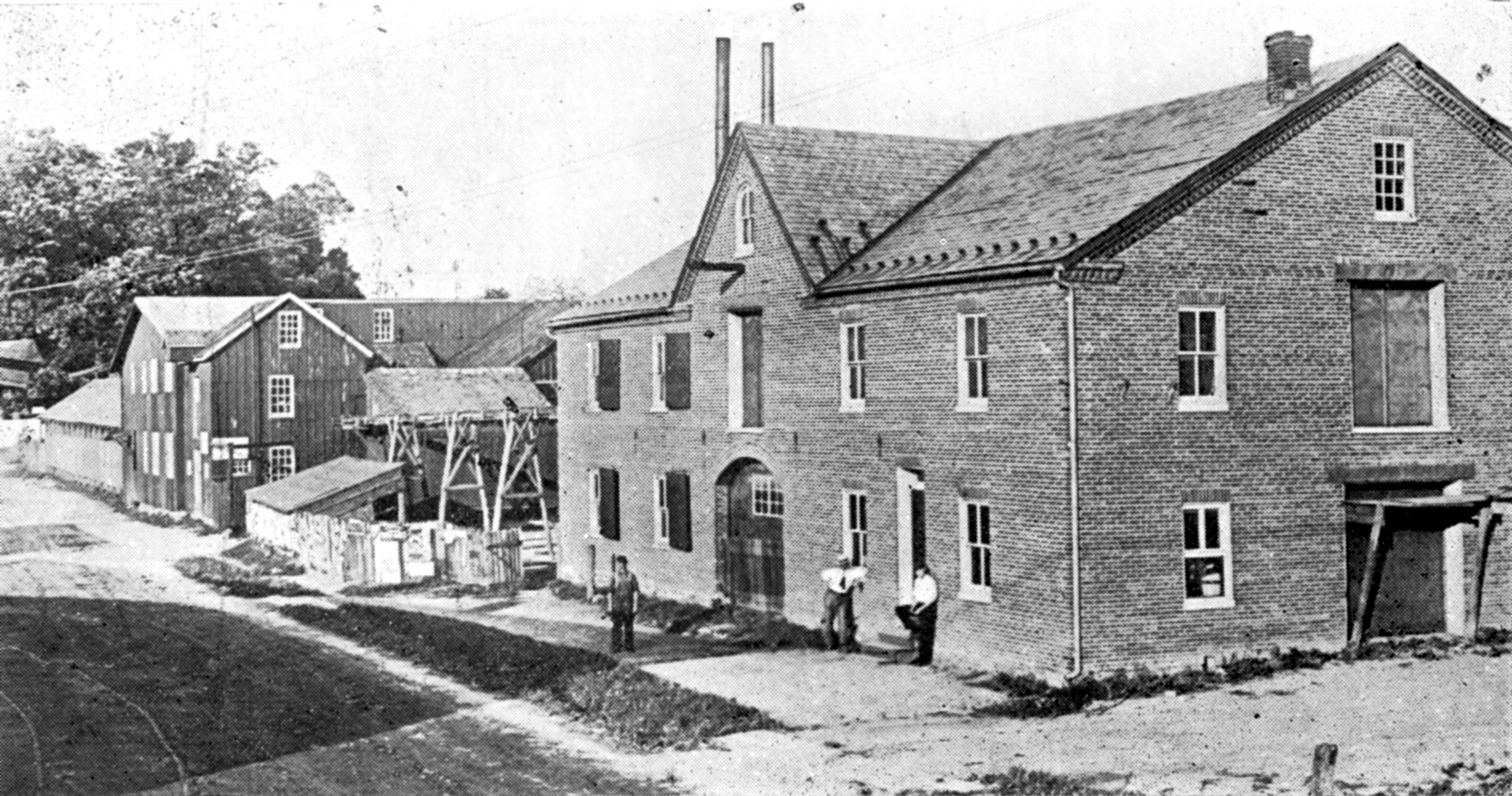 This photograph, which appeared in a 1910 supplement to the Democratic Advocate, shows the Smith-Yingling cannery which was located on Railroad Avenue in Westminster.  During its heyday, it could produce 100,000 cases of canned goods per year.