Peddlers have followed the tradition of selling goods from packs on their backs, horse-drawn carts or other vehicles since time immemorial.  Leroy Garvick, a lifelong resident of northern Carroll County, was one of that disappearing peddler breed.

He passed away in August at the age of 88, but from the 1940s until the late 1960s he made a living by selling his home-butchered beef and pork plus assorted produce from farm-to-farm across northern Carroll County and southern Pennsylvania.  He also sold door-to-door in the city of Hanover.   Today, the peddling tradition has gone the way of ice boxes.  Who can recall even an encyclopedia salesman knocking on their front door in the last thirty years?

In 1968, meat inspection laws in Maryland prohibited Garvick from peddling his wares across the border in Pennsylvania, so he opened a butcher shop on Band Hall Hill Road just a stone’s throw south of the Mason-Dixon Line which allowed his customers to come to him.  He soon expanded the shop as his business thrived.   It was at that point that the loss of one tradition, peddling, gave rise to another, the annual Garvick Potato Chip Party.

At first Garvick held the party on New Year’s as a way of thanking his employees and their families for their help.  It became a family tradition over the next forty years and is now hosted by Leroy’s son, Nevin, his daughter, Brenda Cornbower, and other family members including a third generation of Garvicks.  At one point the party ceased to be a winter event and was moved to late summer.  That time works well because the large number of guests can sit outside at long tables set up under tents.

I was privileged to be one of roughly a hundred people included in the annual event.  Several men had the hot job of cooking potato chips and French fries in an enormous vat while others were grilling chicken or slicing roast beef.  Nevin moved among the tables putting heaps of the world’s freshest chips or fries on our plates.  This year the family introduced something new – slicing blue potatoes as well as white ones – but Brenda reported that old-fashioned white potatoes were still everyone’s favorite.  In addition to plenty of meat and potatoes, the tables overflowed with fruit, vegetables, salads and desserts brought by guests.

Garvick’s Farms, Inc. is a much bigger operation now than in 1968 and the number of employees, suppliers and their families who attend the potato chip party has increased.  The company sells sides and quarters of beef, whole and half hogs and does custom slaughtering.  A year-round butcher shop became less practical as the years rolled by and customers’ shopping habits changed.  More women went to work.  Huge supermarkets opened and fast food establishments attracted more diners.  Now the business is open seasonally with slaughtering taking place January through March. During the rest of the year, the Garvicks farm their own land plus rented acreage.

It is pleasing to know that Carroll County is a place where old traditions may die but new ones take their place. 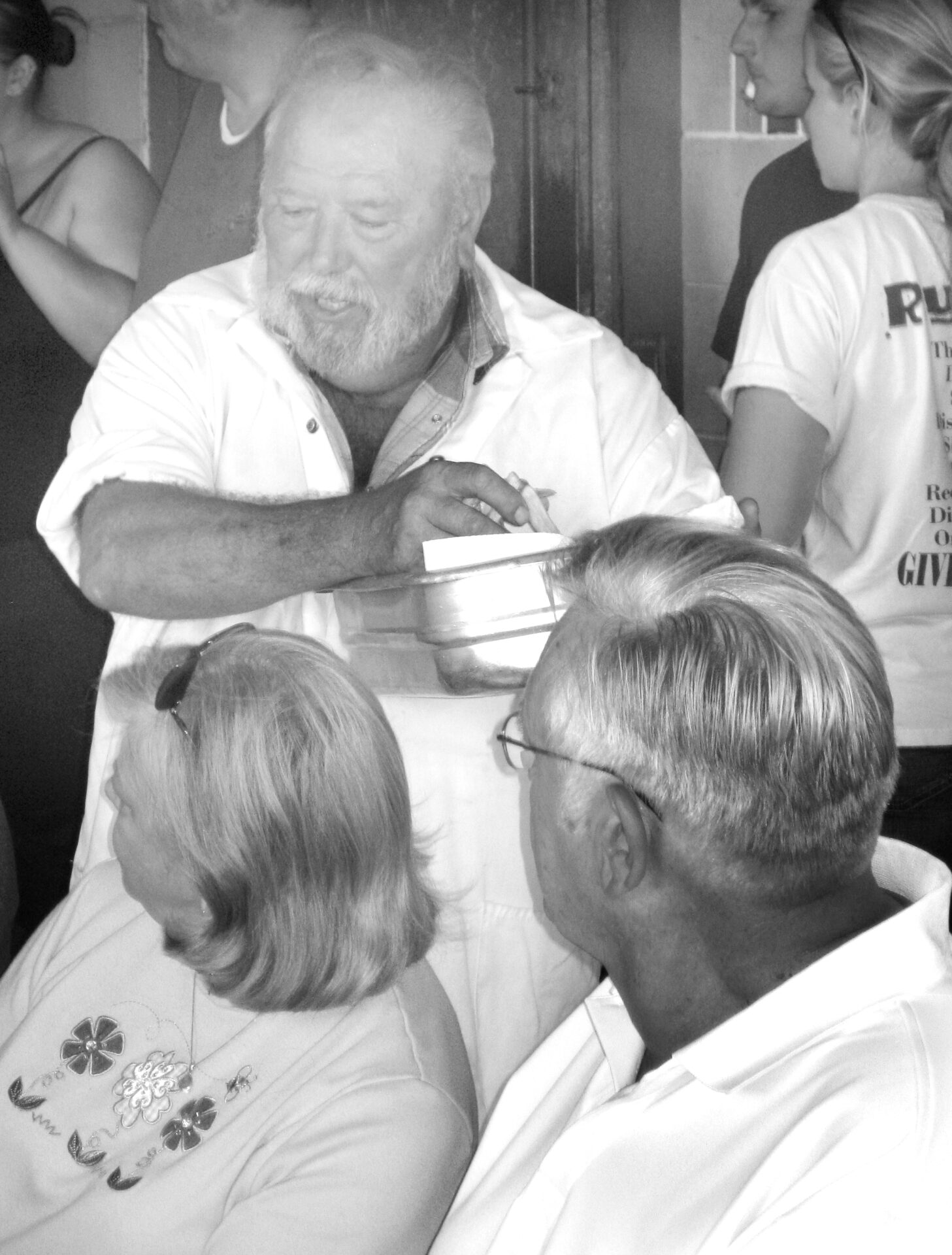